Roommates, Netflix just gave sketch comedy fans an early Christmas present because it was just announced that Dave Chappelle’s iconic “Chappelle’s Show” is headed to the streaming platform. Beginning on November 1st, fans of the show can sit back, relax and get their binge on when all the episodes will be right at their fingertips.

In an announcement that is sure to make 2020 a little easier, “Chappelle’s Show,” will be available to stream on both Netflix and HBO Max starting November 1st—bringing the acclaimed sketch show to both streaming services for the first time. The sketch comedy series starred and created by comedian Dave Chappelle and originally aired on Comedy Central from 2003 to 2006.

On Netflix, the show will join a collection of Dave Chappelle’s stand-up specials, which helped solidify his career comeback over the last several years. The latest special, last year’s “Sticks & Stones,” stirred controversy over Chappelle’s treatment of “cancel culture,” but still won a Grammy Award for Best Comedy Album and an Emmy for Outstanding Variety Special.

Meanwhile, “Chappelle’s Show” is also coming to HBO Max as part of a larger deal with Comedy Central, which will also bring “Key & Peele” and “Reno 911!” to the streaming service. 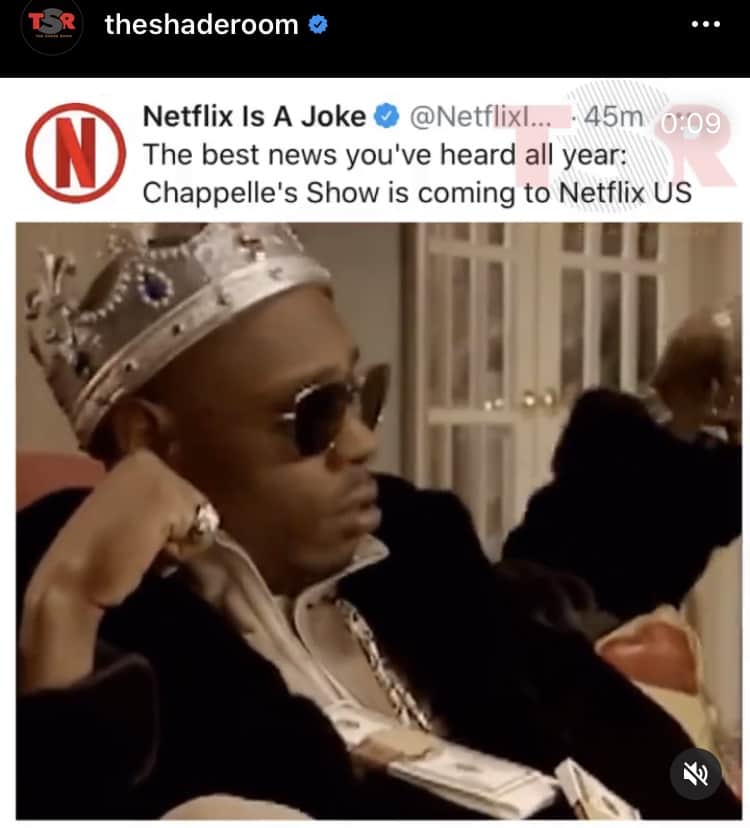 The post Netflix Announces That The “Chappelle’s Show” Will Begin Streaming On November 1st appeared first on The Shade Room.