Roommates, August Alsina is not here for people attempting to come for him on social media—and he recently made a series of videos to let them known it’s not cool. Following a viral social media post that referred to him as “irrelevant” started circulating, August Alsina had some things to get off his chest.

In the video clips, August Alsina  called out what he believes to be a “clout-driven” society and then advised his followers to not “feel pressured to constantly be on the internet,” noting he has oftentimes given himself permission to log off for the sake of his mental health.

Additionally, just so that all the online trolls know where he stands, he also stated that it’s an “oxymoron” to call him irrelevant and, yet still be talking about him. 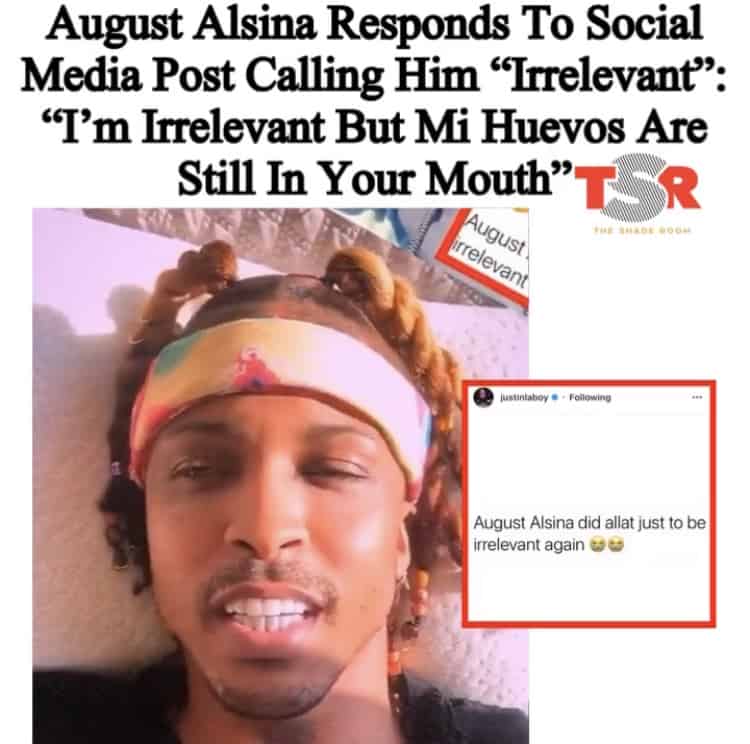 As we previously reported, August Alsina previously discussed his decision to open up about his relationship with Jada Pinkett Smith. In an interview with “PEOPLE,” he said, “I never really cared about what people thought of me, but my personal life started to seep into my business life. There were certain falsities about me, and it affected my business relationships.”

He continued, “I could understand why it would look like I’m reckless or disrespectful so it really started to affect my livelihood, and I’m never okay with that. I got three kids to look after. Kill me, hate me, stone me, but bury me an honest man. All I can do is tell the truth.”