Roommates, following the news that the upcoming “Saved By The Bell” reboot is just weeks away on streaming service Peacock,  many were wondering where Lark Voorhies was after she was absent from the trailer…but she’s officially back! In a post on Instagram, Lark made the official announcement that she would be reprising her iconic role as Lisa Turtle.

The Bayside gang is officially all back together, as Lark Voorhies just made “Saved By The Bell” fans incredibly happy when she broke the news that she would be featured in the reboot of the show.

The reboot of the classic 90s sitcom that aired from 1989 until 1992, will stream exclusively on NBC’s Peacock streaming service. In a post to her Instagram, Lark was seen dressed in character as Lisa Turtle with fashionable accessories around her—which is totally on brand for the always fashion forward character she played.

She captioned the photo, writing “SURPRISE! Lisa Turtle is getting back together with her Bayside High fam! The countdown is on so mark your calendars! November 25 on @PeacockTV.”

You can begin streaming the show on November 25th. 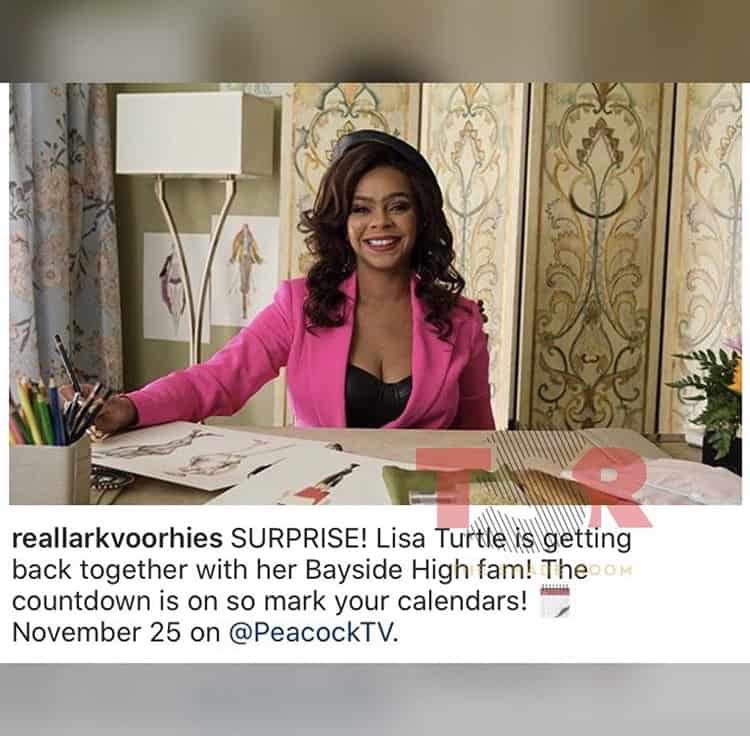 The post Lark Voorhies Surprises Fans By Announcing Her Involvement In The Upcoming “Saved By The Bell” Reboot appeared first on The Shade Room.