Roommates, Kehlani became a trending topic on social media recently when she posted photos of herself and Bryson Tiller on the set of their new music video. However, it wasn’t just the photos that caused a reaction—it was also due to the very lengthy, detailed caption that caused her to defend herself against claims of being inappropriate.

Kehlani and Bryson Tiller just dropped the video for the new song “Always Forever.” In the video, the two play love interests and even share a kiss, so when Kehlani posted photos from the set of the video, along with a lengthy caption describing their relationship, many fans weren’t feeling it.

Kehlani posted and deleted the following caption about Bryson:

“To one of my dearest friends…matching tattoos, years worth of stories, nights of dying laughter and holding each other down in the roughest times…I’m so proud of you. Thank you for being so solid. Always Forever music video out now @brysontiller.” 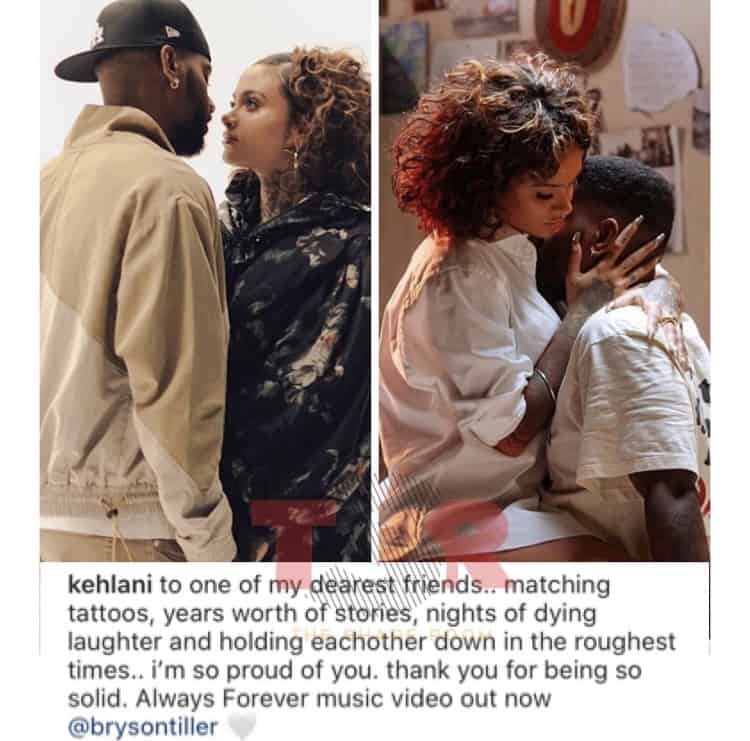 Following the criticism she received from posting the message and the photos, Kehlani offered up this explanation:

“I post lengthy captions about all my friends. You would have to follow me to know that. Lengthy posts when their albums drop, birthdays, collabs with them, etc. That’s just me. But bless it! Cheers. Goin back into the cuuuutz. NEW FEATURES DROPPING TONIGHT.”

In case you didn’t know, Bryson Tiller is currently in a relationship with his long-time girlfriend Kendra and the two recently welcomed an adorable baby girl.

The post Kehlani Sparks Online Debate After Posting & Deleting Photos And Lengthy Caption Of Herself With Bryson Tiller appeared first on The Shade Room.