Roommates, for the last few days fans and fellow celebrities have chimed in regarding the ongoing debate surrounding Birkin bags—and now it Jim Jones’ turn to give his opinion. Taking to social media, Jim Jones posted a video about all the Birkin bag hype and suggested that we give black handbag designers some shine instead.

Jim Jones threw his Birkin bag opinion in the ring and posted a video stating that while he agrees that everyone is entitled to have a preference regarding the incredibly expensive handbag—he thinks that your money would be better spent on black handbag brands.

He captioned the video, writing: 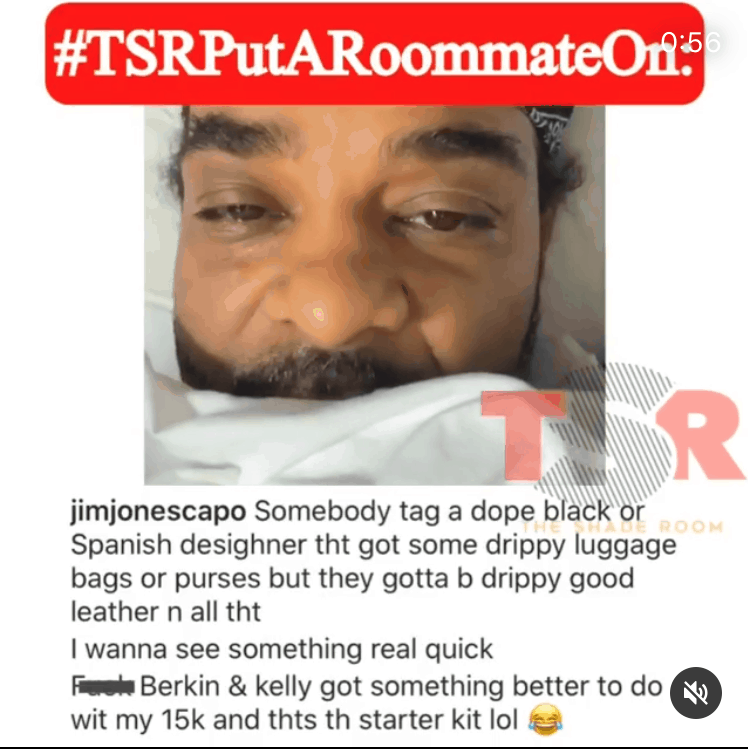 As we previously reported, earlier this month, Saweetie set off a fierce debate when she made a comment about Birkin bags. While on live during her single release party and Quavo in the background, she stated, “If he not getting you a Birkin, if he not paying for your bills, then throw that n***a back to the streets, OH-KAY!”

Then Lil Yachty entered the chat and offered up his opinion. Taking to his Instagram stories, Yachty simply posted “Lotta fake Birkins I see lol.” Almost immediately, fans wanted to know who he was referring to and began to put their own guesses in.

While the overwhelming consensus on social media seemed to be calling out Saweetie for being overly materialistic, she did have a small group of fans who agreed with her assessment of her man’s financial requirements.

The post Jim Jones Weighs In On The Birkin Bag Debate And Suggests Black Handbag Designers Be Highlighted Instead appeared first on The Shade Room.