The four wives of Windsor stood together Wednesday as Queen Elizabeth’s coffin was ushered into Westminster Hall to lie in state.

With great care, the eight young Grenadier Guards entrusted with the task of carrying the monarch’s body into the Palace of Westminster gently laid the coffin down upon the raised platform known as a catafalque.

The coffin was draped in the Royal Standard flag, representing the Sovereign and the UK, with the Imperial State Crown resting on top.

Camilla — the new Queen Consort after her husband was proclaimed King Charles III — stood next to her daughter-in-law Kate, the new Princess of Wales. Meanwhile, Sophie Wessex, the wife of Prince Edward and a favorite of the Queen, provided a buffer between Kate and her sister-in-law Meghan Markle, whose relationship can best be described as strained.

In fact, until last week, the sisters-in-law had not seen each other in more than two years, following the “Megxit” fallout of Meghan and Prince Harry quitting the royal family, not even when the Sussexes were in the UK to celebrate the Queen’s Platinum Jubilee in June. On Saturday, the two women barely looked at each other as they greeted mourners outside Windsor Castle.

“There’s a lot to overcome,” said one well-placed palace source. “I think Meghan and Kate could be pals, one day, if both were willing. When one feels good and on the other side of things, it’s easier to do.”

So it would be understandable if nerves and grief were mingling on Wednesday as Meghan and Kate stood together in silence, waiting for their husbands to arrive after accompanying the Queen on her final journey from Buckingham Palace.

Those fleeting moments gave us a fascinating glimpse into all four royal women. Camilla looked straight ahead under the brim of her black hat, while Kate, 40, appeared grief-stricken. Sophie, 57, seemed to swallow back tears, while Meghan — a former actress — had a “pitch-perfect expression,” body language expert Judi James told the Daily Mail.

With the death of the Queen a week ago, all the dynamics of the royal family, commonly known as “The Firm,” has changed.

For one thing, the others now need to curtsy to Camilla, 75. And Meghan, 40, is expected to curtsy to Kate, although royal watchers don’t necessarily think that will happen.

Royal biographer Hugo Vickers, who met the Queen countless times, told Page Six: “Technically, because Meghan Markle is no longer an HRH she should curtsy to Catherine, but the Queen always made it clear that she did not expect it … Royals would expect the proper behavior from those in the ‘official system,’ such as ambassadors, but the Queen really [didn’t] care a hoot if [others] didn’t curtsy on meeting her.”

It’s been a long time since the strong-minded women of the royal family faced such a power shift.

According to royal biographer Christopher Warwick, the Queen Mother was annoyed at being cut off in her prime following her husband King George’s death in 1952. And once her daughter Elizabeth became Queen, she was “jealous” of her own child’s superior position to her.

“She loved the position of being Queen and suddenly all that was taken from her,” Warwick said in the the 2020 Smithsonian Channel documentary “The Private Lives of the Windsors.”

Now, there are new minefields for everyone to maneuver.

It was telling that Sophie was chosen to accompany Meghan in the car to Westminster Hall for Wednesday’s poignant lying in state service, and the two women will once again travel together to Monday’s funeral ceremony at Westminster Abbey, while their husbands follow the late Queen’s coffin on foot.

At one point, Meghan would have been expected to travel to such a state occasion with her sister-in-law Kate.

While William, Kate, Harry and Meghan were once celebrated as “the Fab Four” and shared a charitable foundation focusing on, among other things, mental health, the women were seemingly not as close as photographs suggested.

In the 2020 Sussex biography “Finding Freedom,” royal reporters Omid Scobie and Carolyn Durand wrote: “Meghan would agree with the assessment that the duchesses were not the best of friends. Their relationship hadn’t progressed much since she was Harry’s girlfriend.”

Meghan seemingly felt snubbed by Kate, who had been in the royal family longer.

After Kate sent Meghan birthday flowers for her birthday, the book said, “Meghan would far rather have had Kate check in on her during the most difficult times with the press.”

There was a famous incident in the days leading up to Meghan and Harry’s 2018 wedding; reports at the time claimed Meghan had left Kate in tears over something to do with the dresses of the young bridesmaids, including Kate’s daughter, Princess Charlotte.

But in Harry and Meghan’s bombshell interview with Oprah Winfrey, the Duchess of Sussex said it was Kate who made her cry.

It’s been reported that Harry and brother William’s falling out began over the elder brother urging caution in the romance with Meghan, and only worsened once the Sussexes decided to quit their royal duties.

Moving to the US might have driven a wedge between them and the family, but it could have been even worse had they stayed. 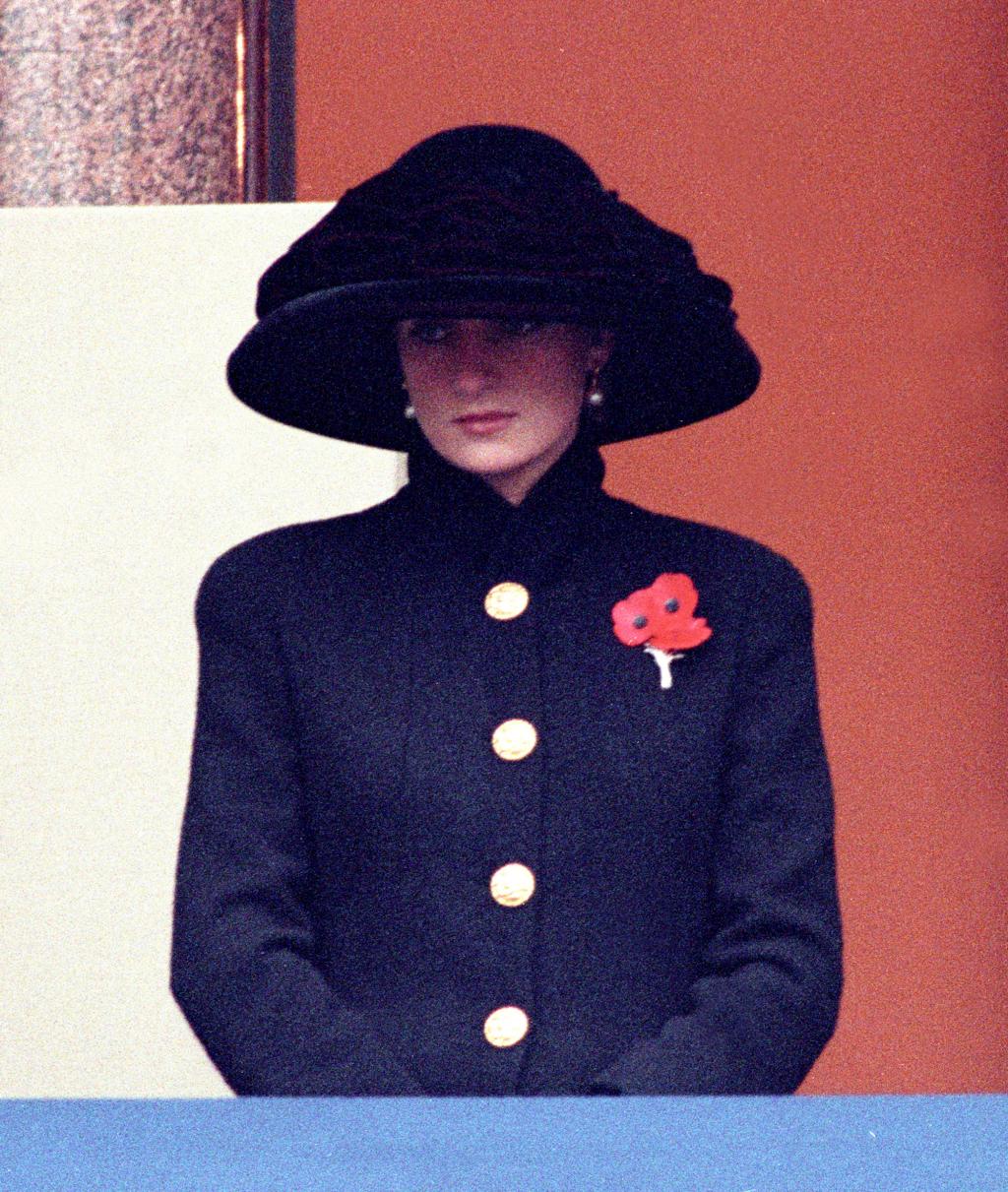 With a wide-brimmed black hat and a matching coat, Princess Diana looked stunning at a 1992 Remembrance Day parade. 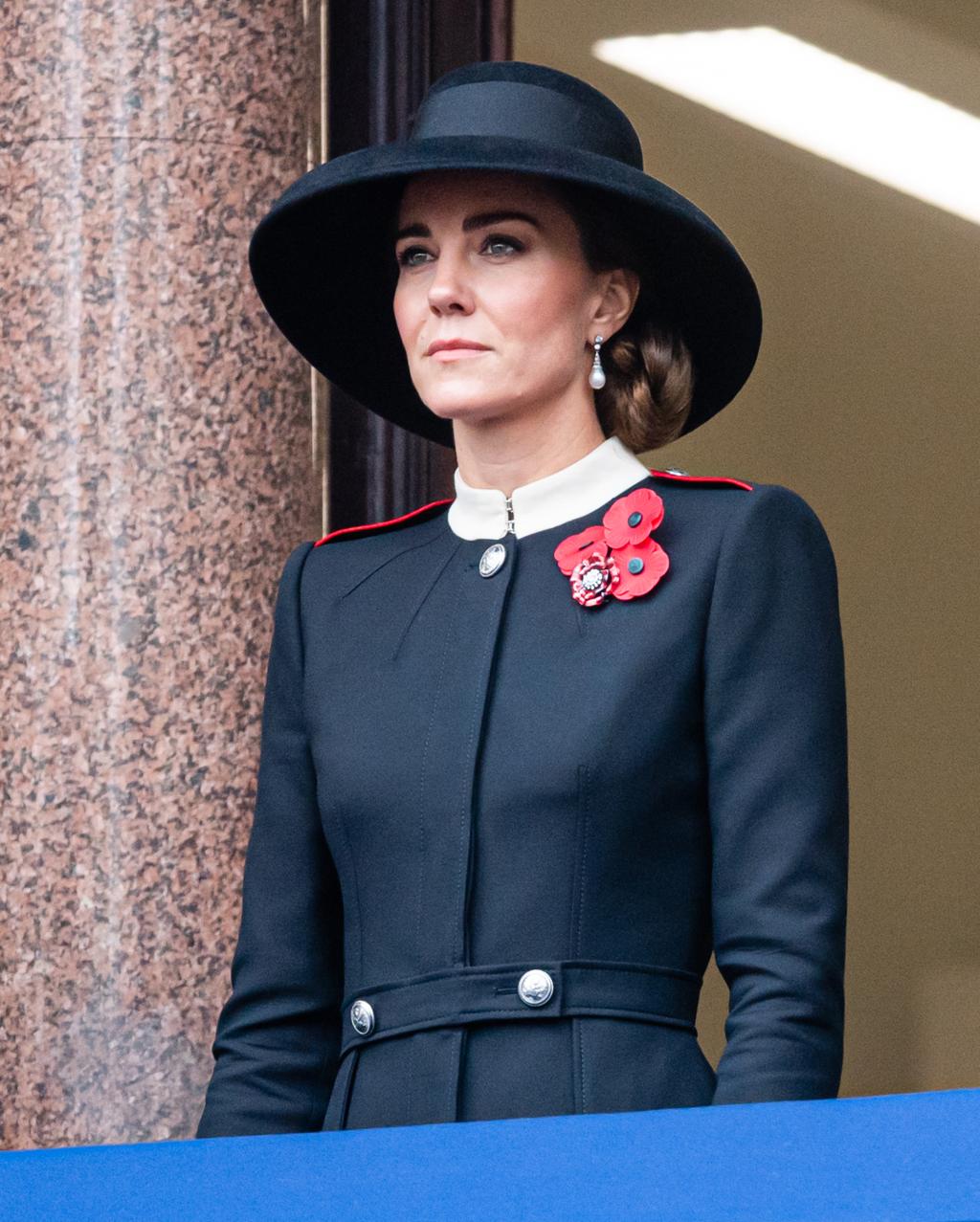 At the 2021 National Service of Remembrance, Kate donned a more structured hat and a similarly cut coat dress. 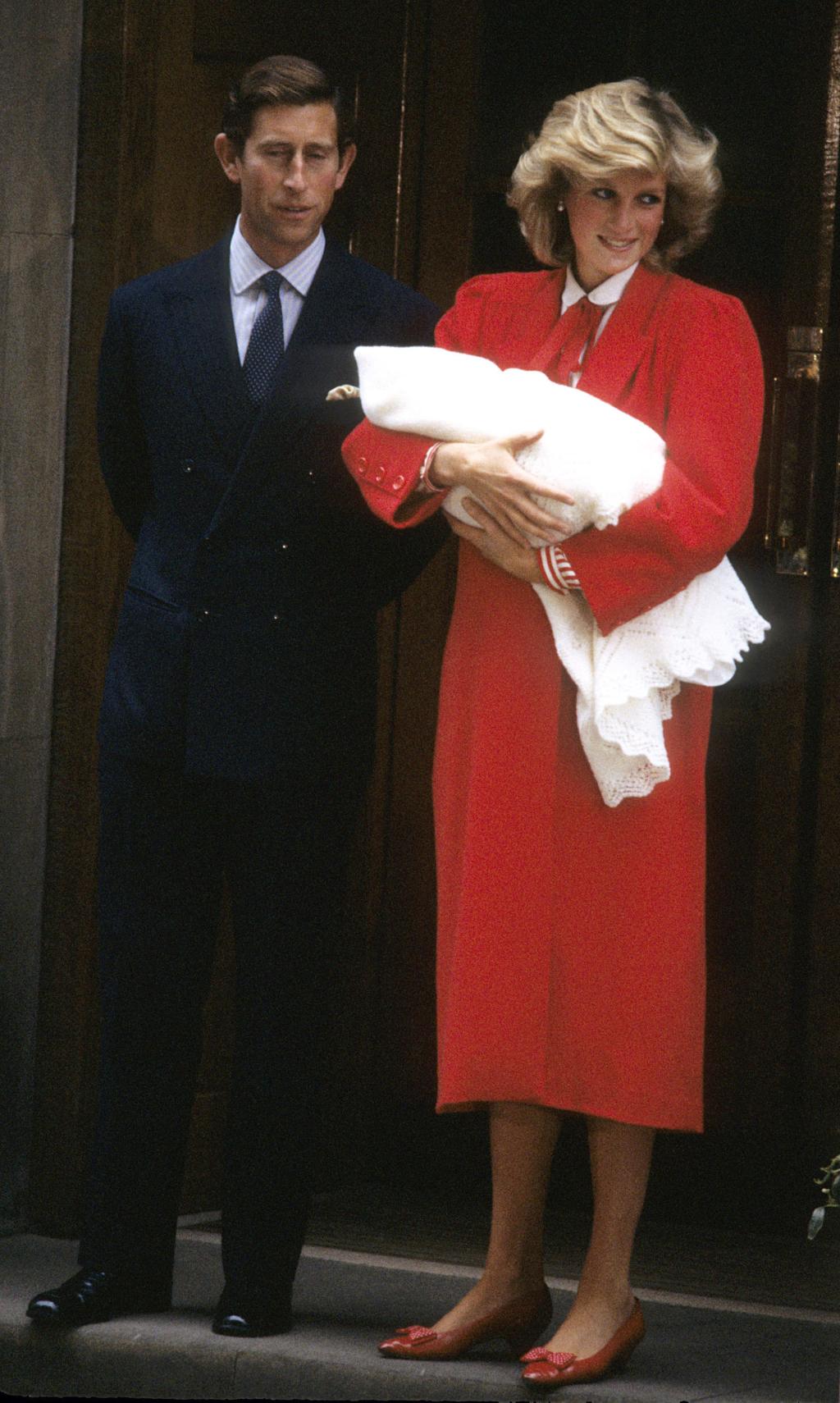 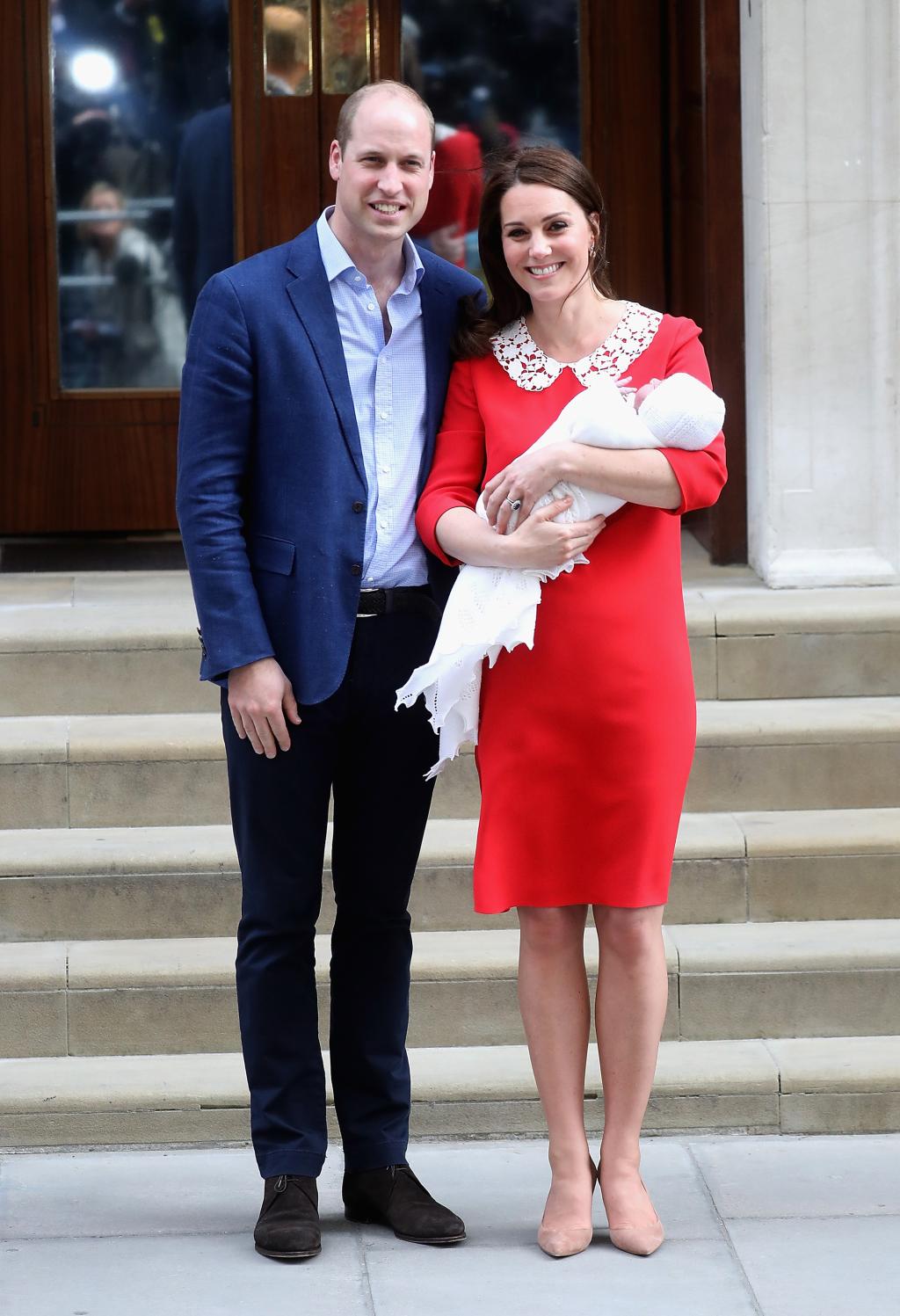 Middleton opted for a red dress with a lace peter pan collar while leaving with Prince Louis following his birth in 2018. 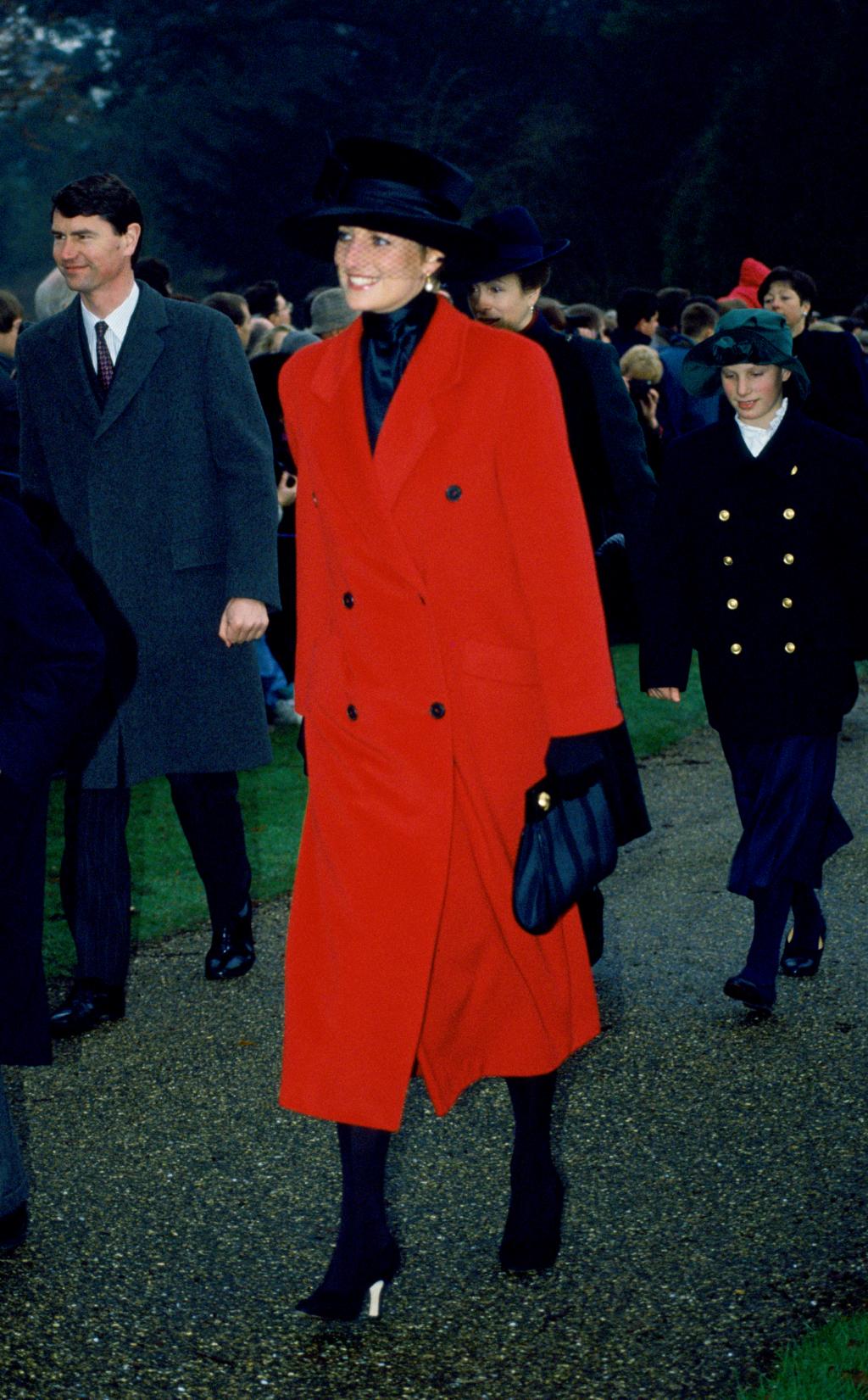 Beaming in a black veiled hat and a gorgeous crimson coat, Diana was all smiles attending Christmas service in 1993. 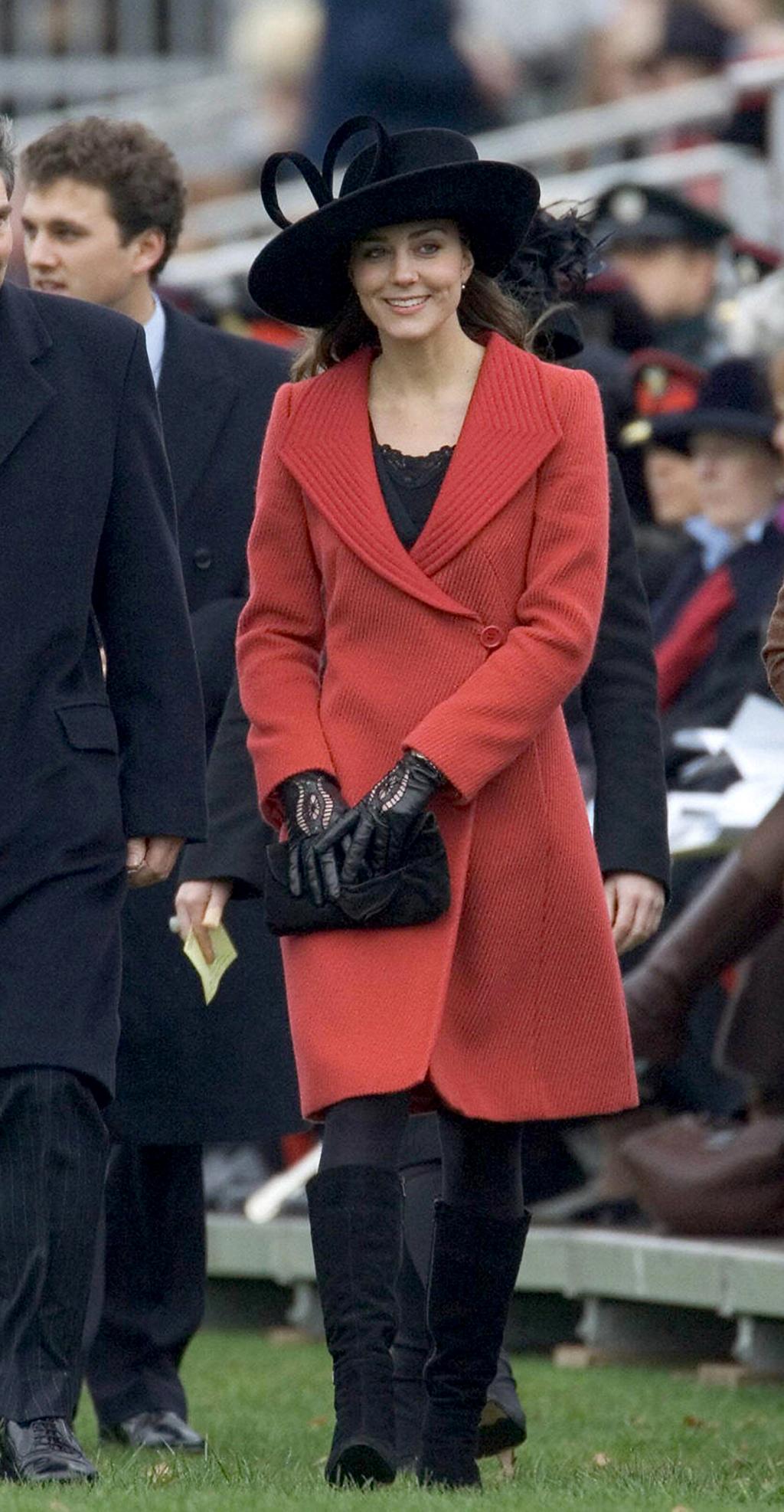 Kate accessorized her red knit coat with intricate leather gloves and a wide-brimmed hat in 2006. 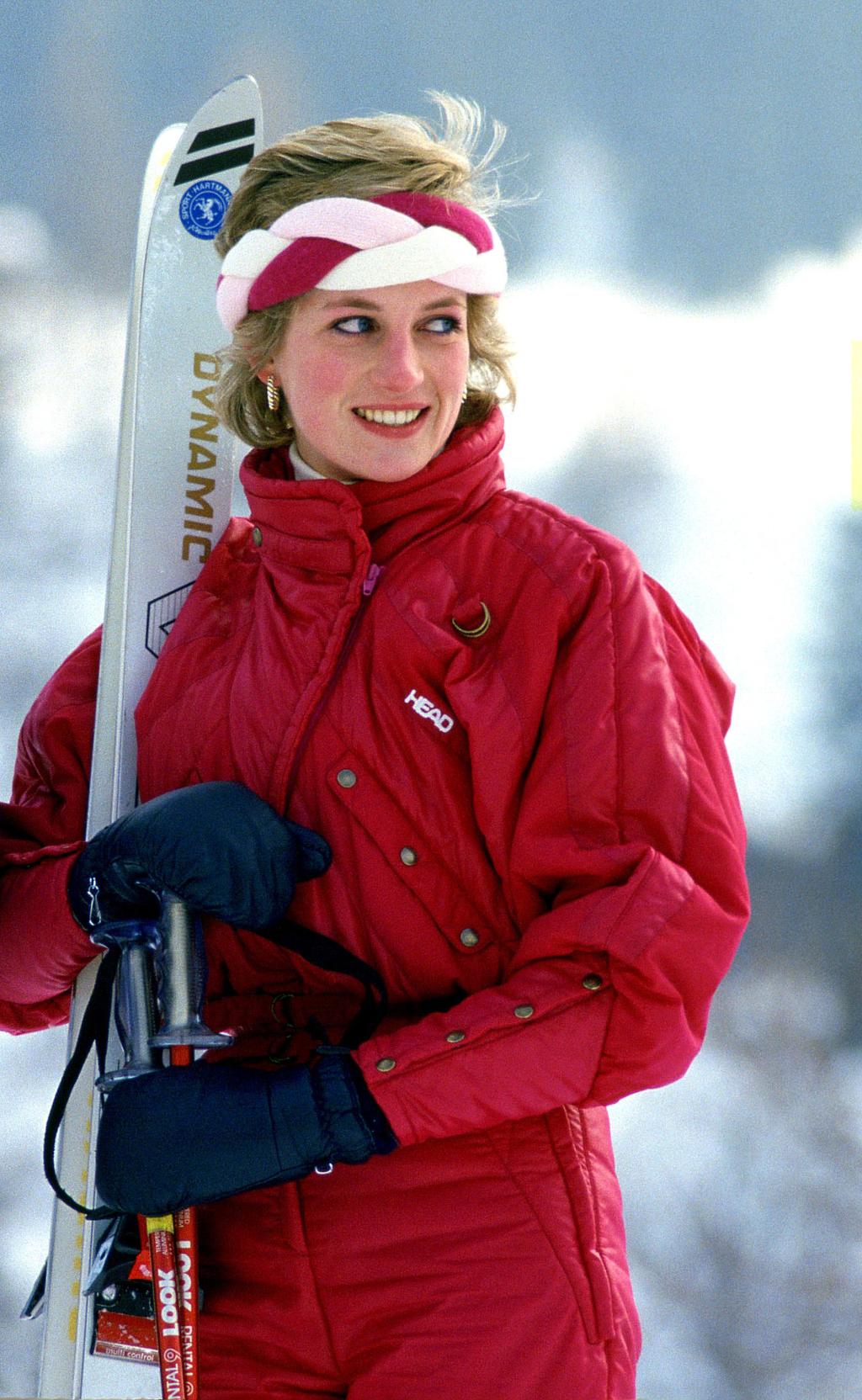 While skiing in Switzerland, Diana made a statement in a red jacket and a braided headband. 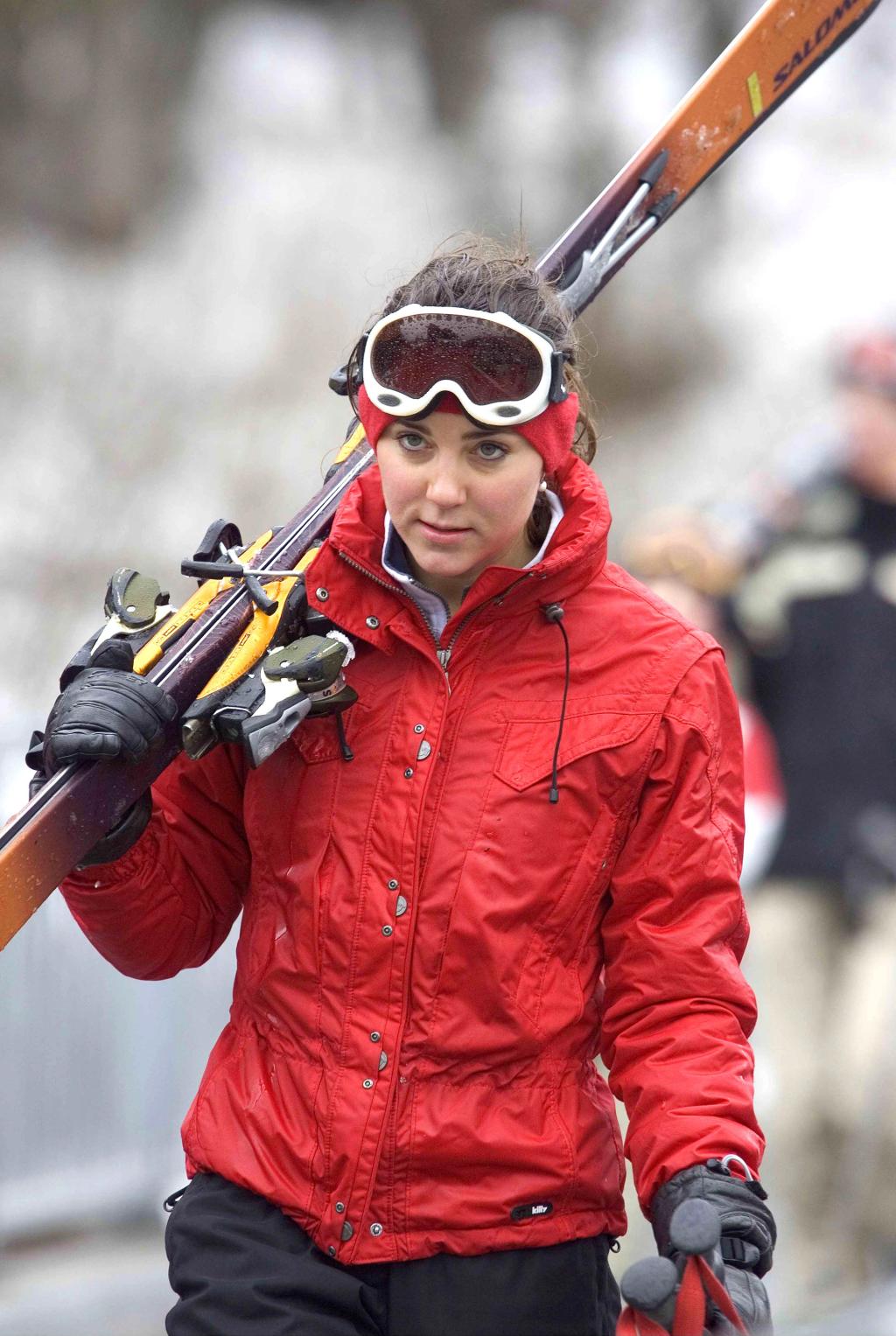 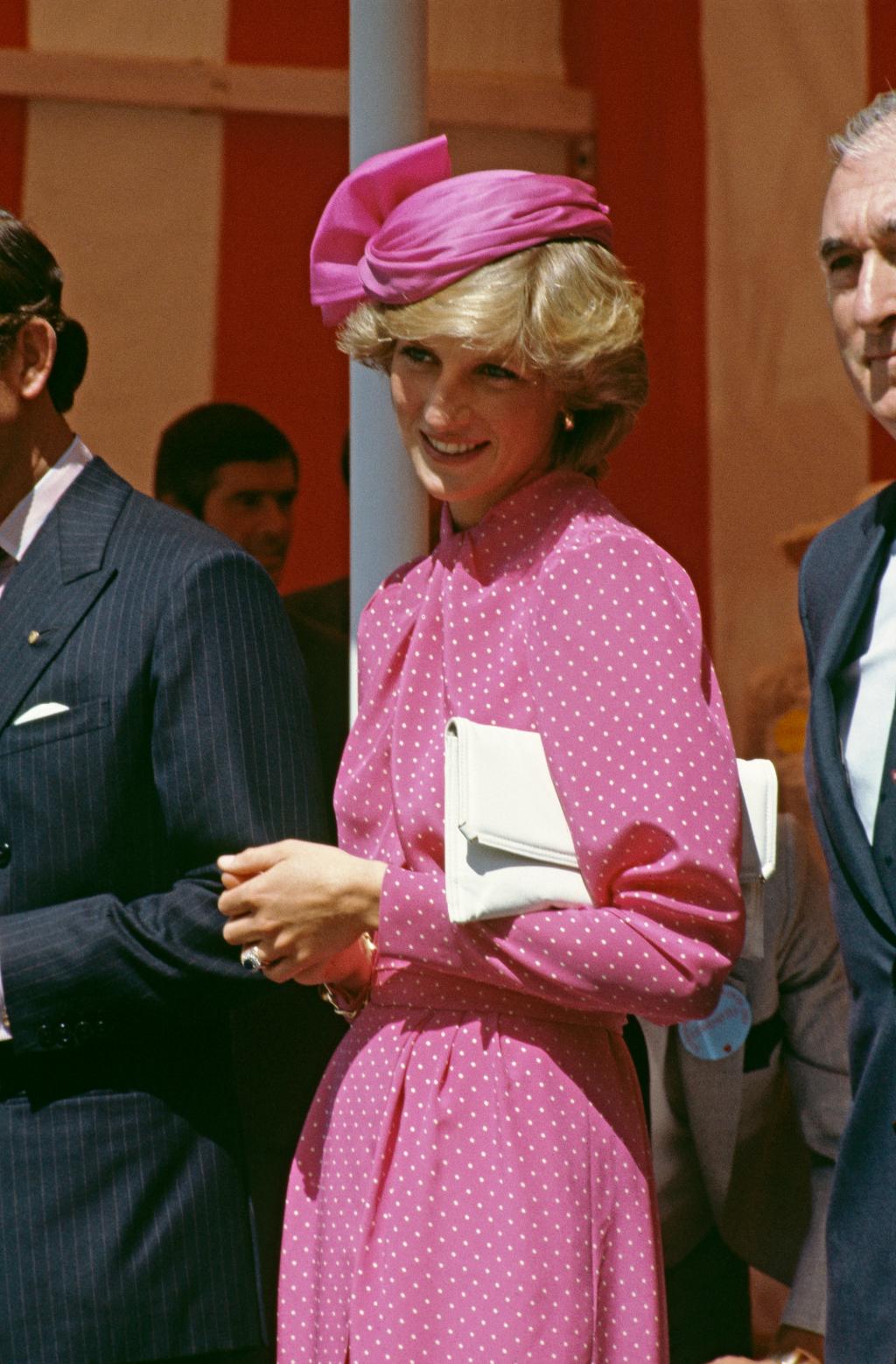 At a 1983 luncheon, Diana beamed in a dotted pink dress and fascinator. 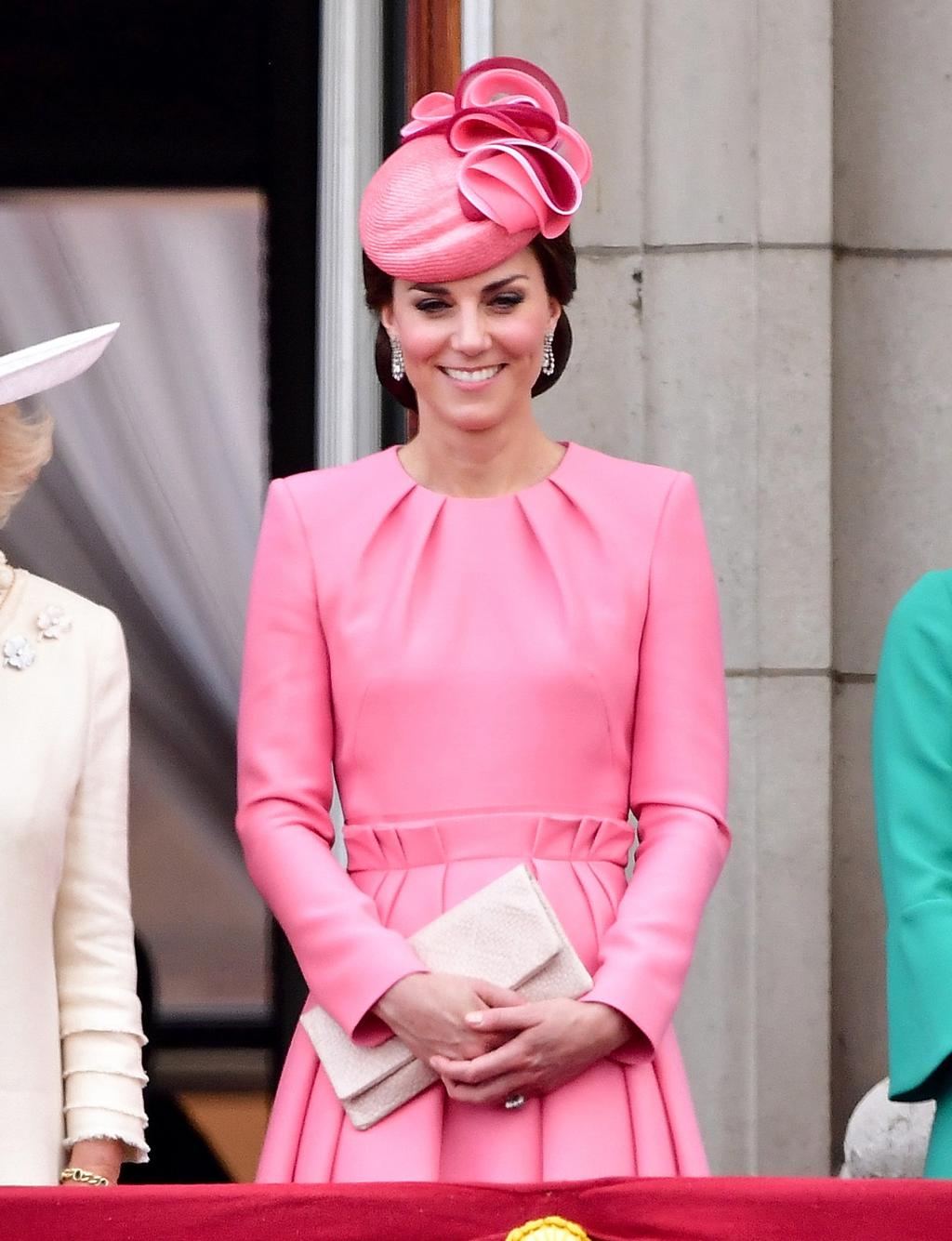 During the 2017 Trooping of the Colour, Kate graced Buckingham palace with a stunning pink dress and structured matching hat. 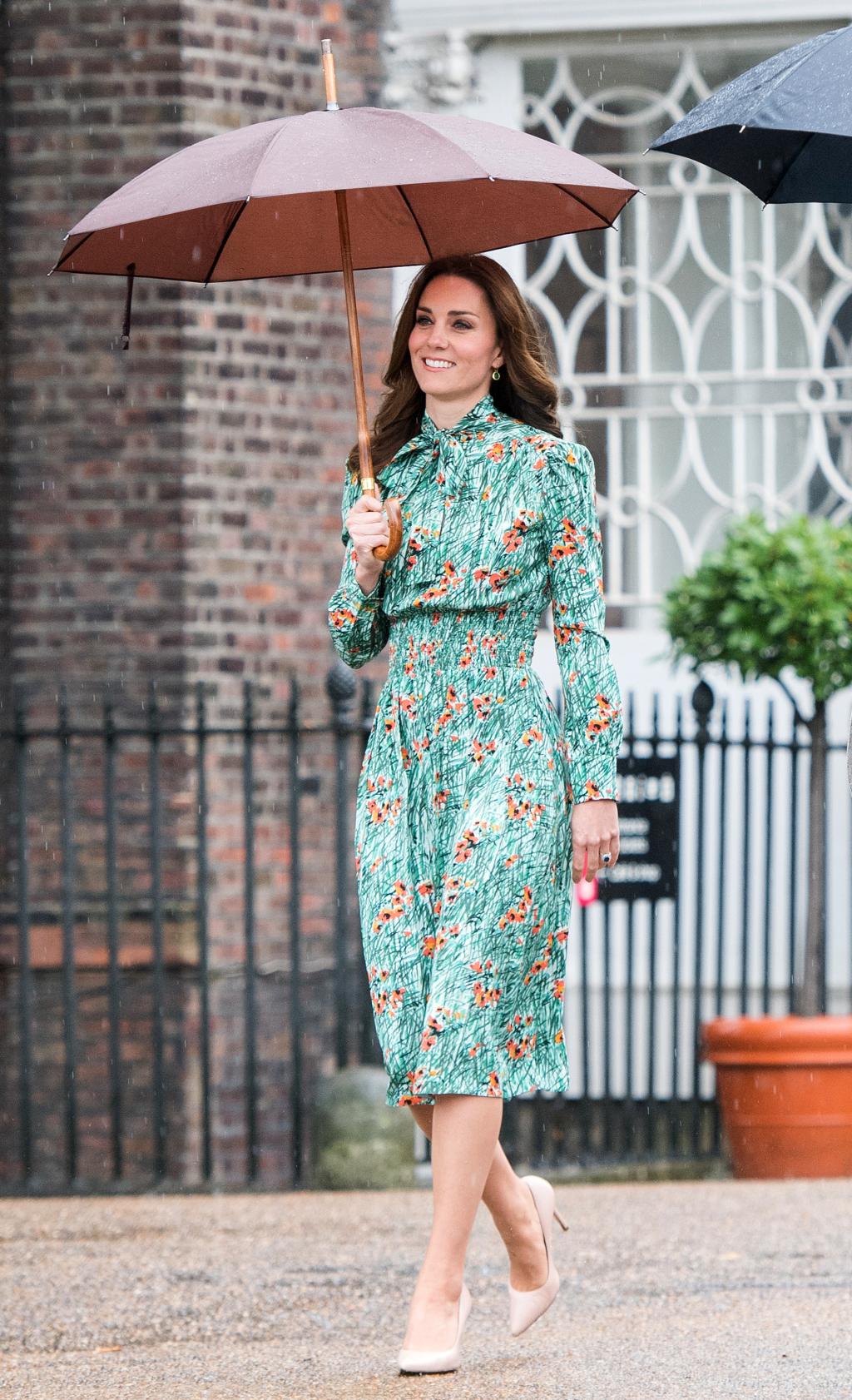 Despite a rainy London day, Kate Middleton was all smiles in a green floral dress and nude heels. 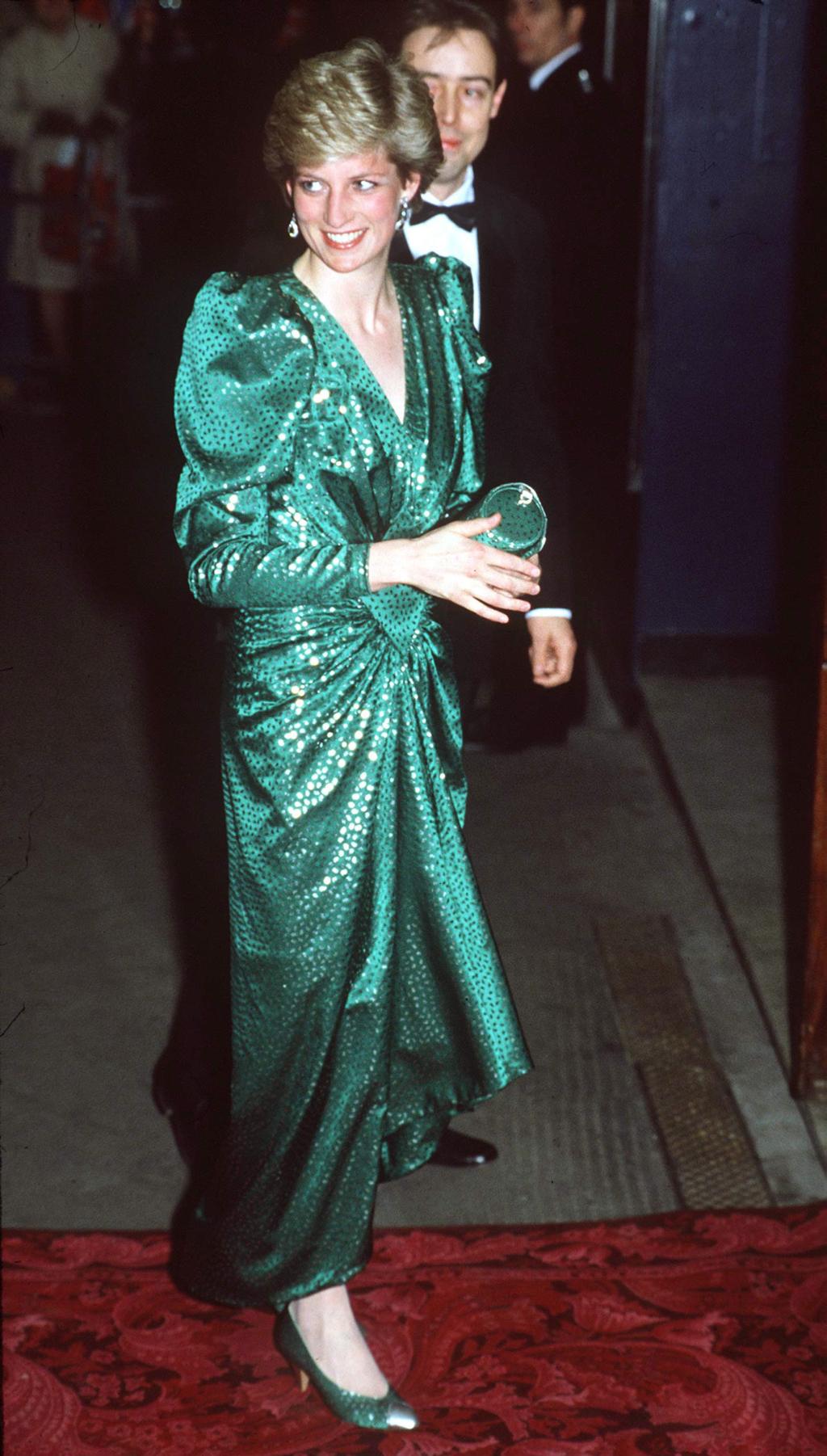 In a glitzy ruched green dress, Diana took on a charity event at Victoria Palace Theatre. 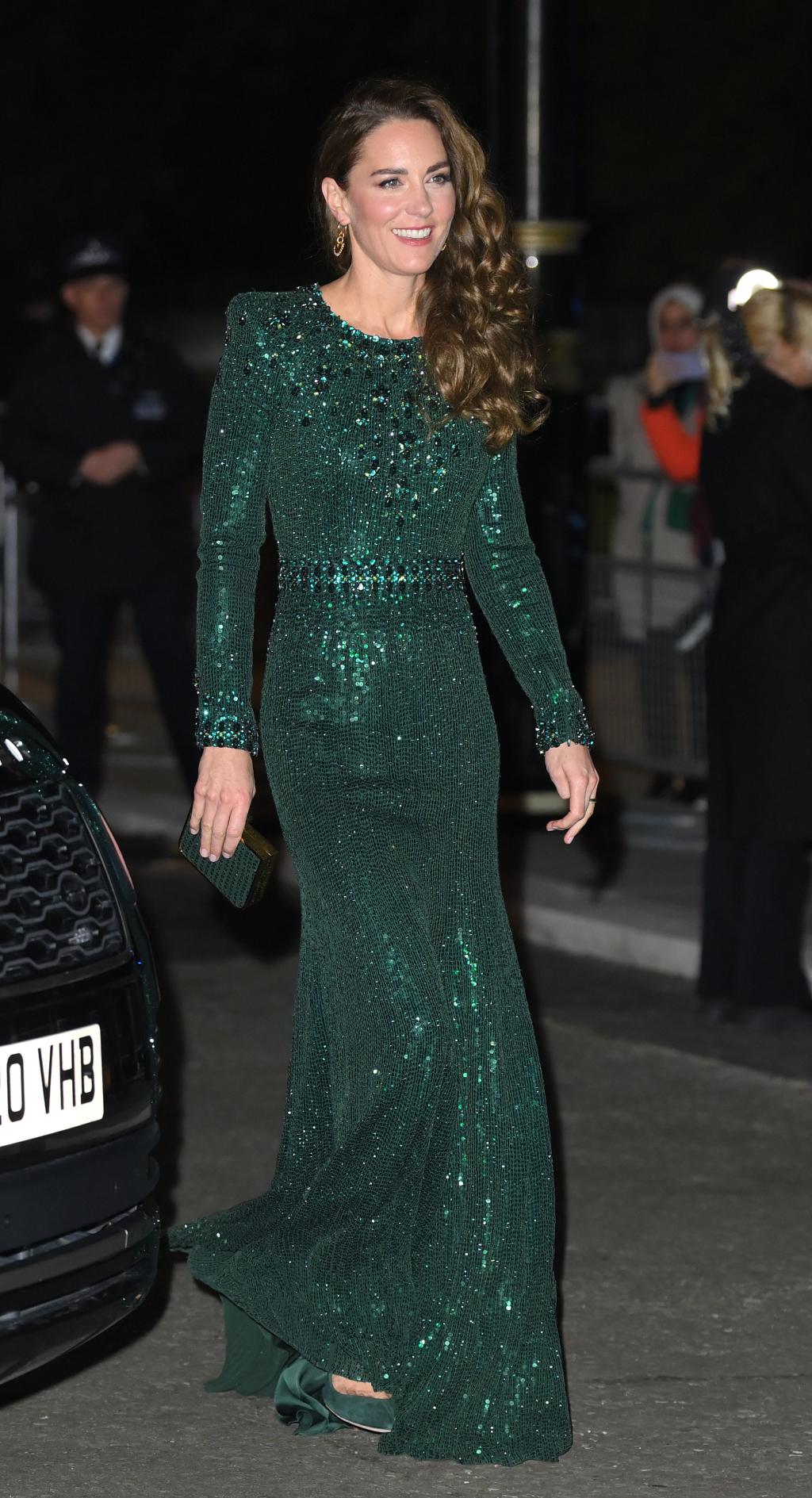 In a stunning bejeweled emerald gown, Kate looked like the princess she is. 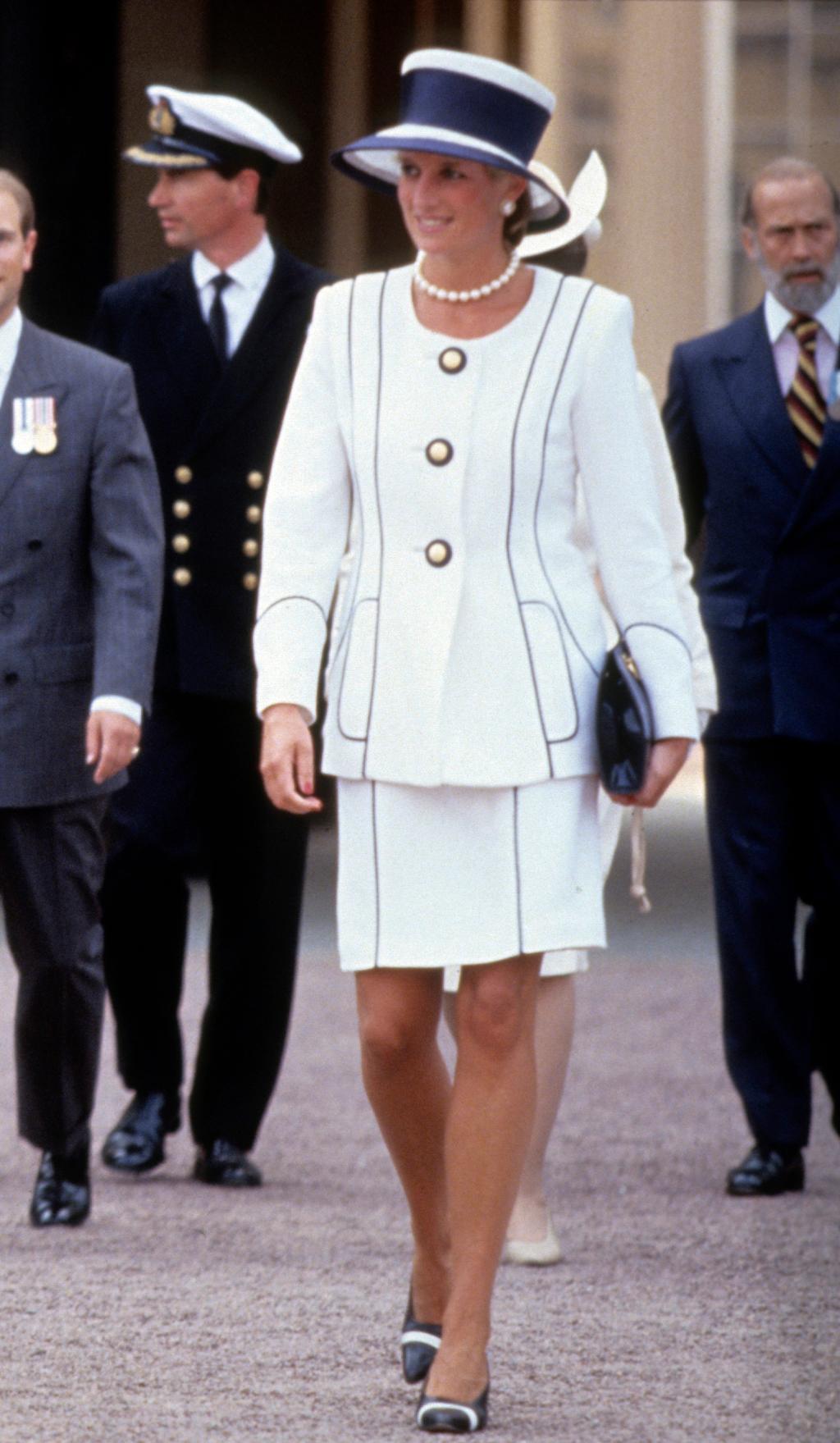 A more delicate look than Diana’s white suit, Kate’s has finer black detailing in its peter pan collar and along the sides. 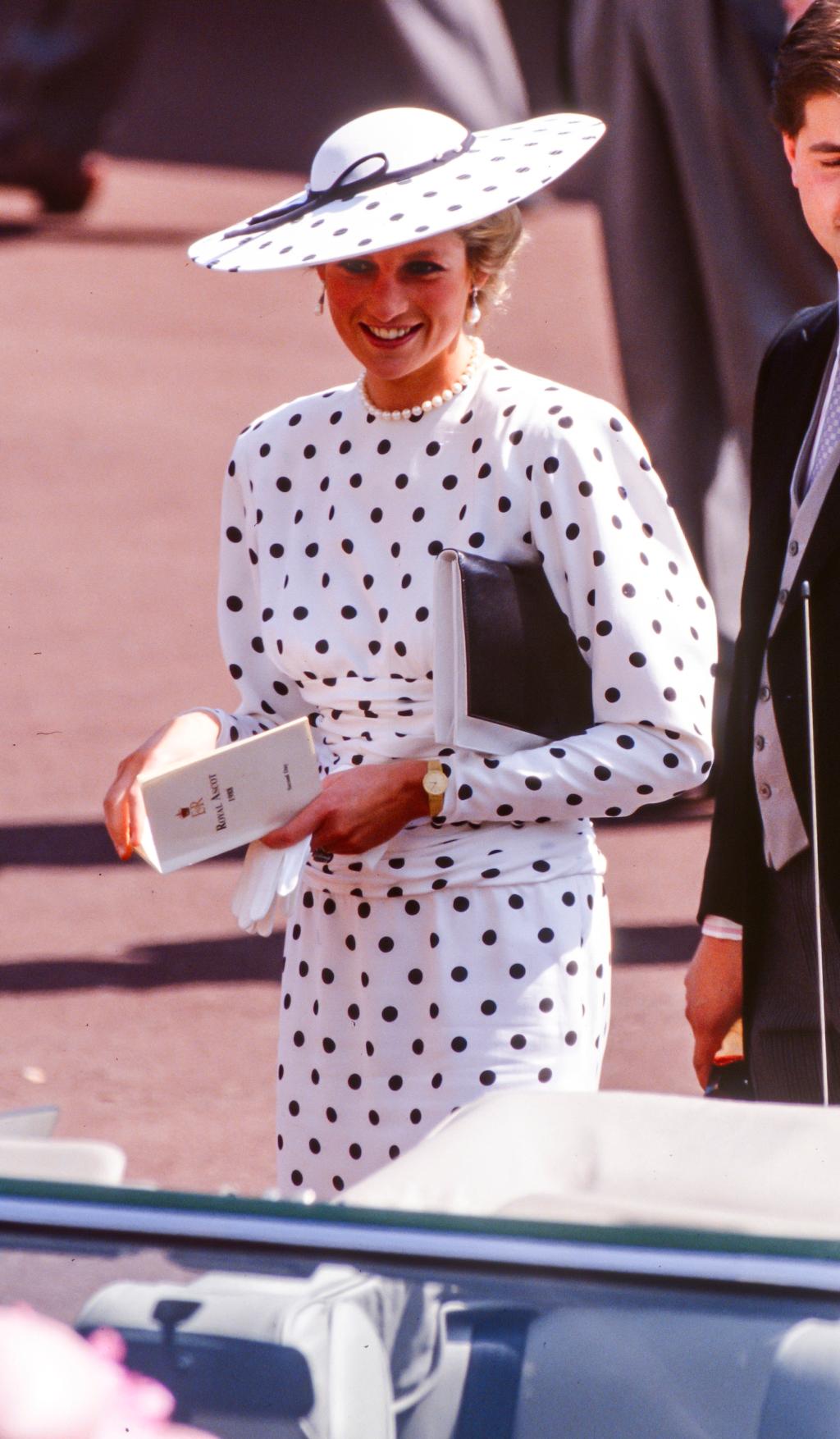 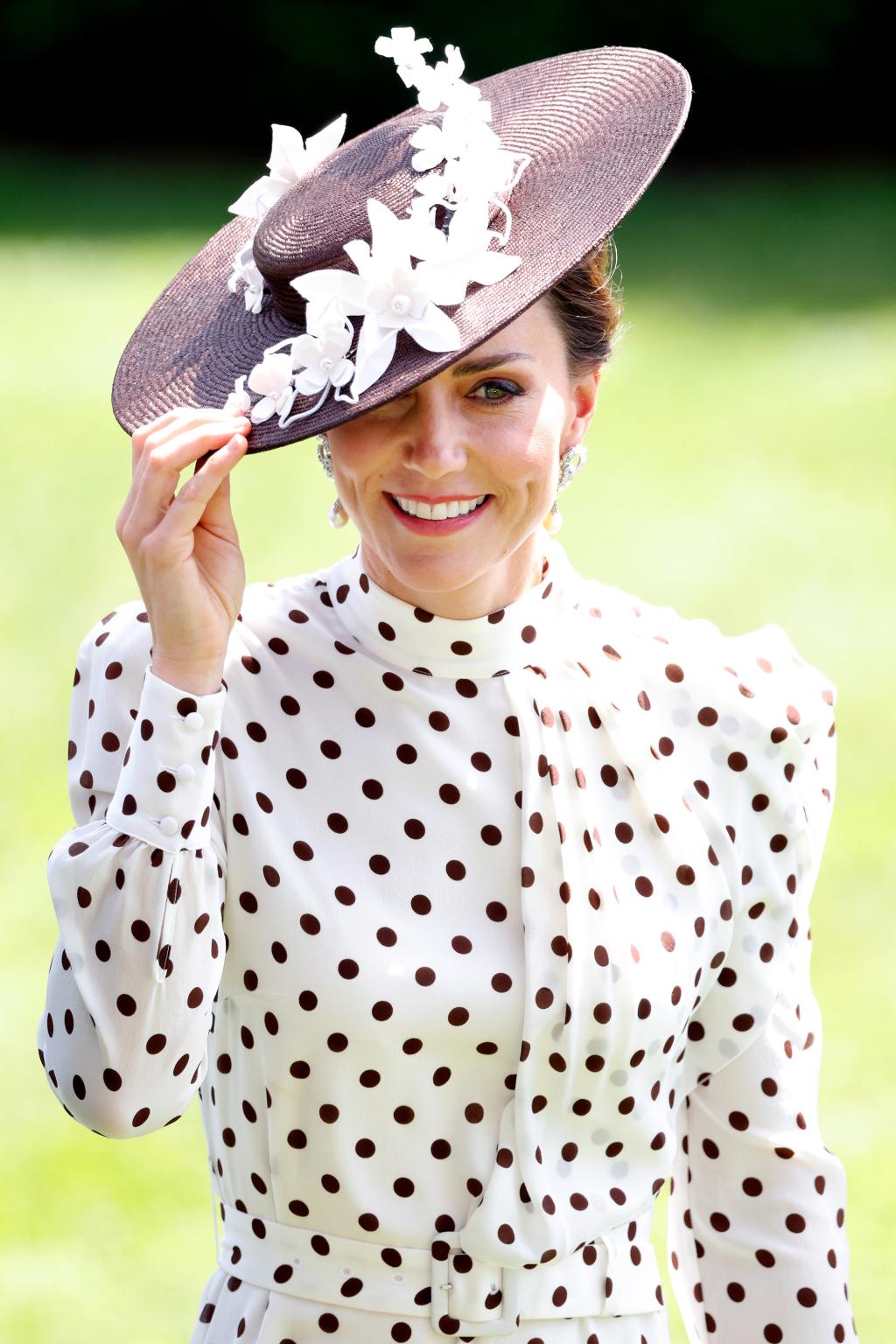 At the 2022 Royal Ascot race meeting, Kate channeled Diana in a dotted dress with a more modern spin on her hat. 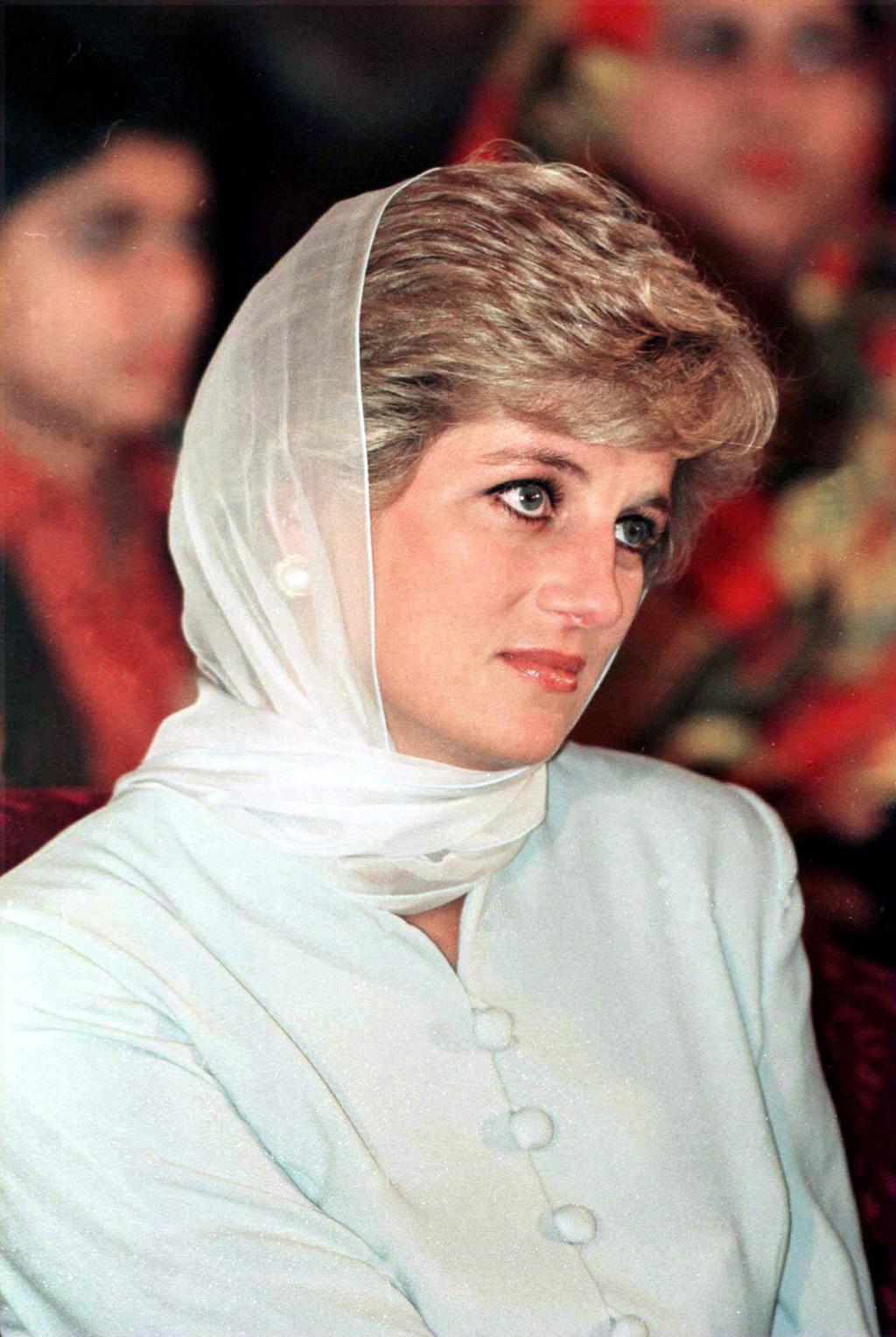 While visiting a hospital in Pakistan, Diana paired a cream head scarf with a pale blue jacket. 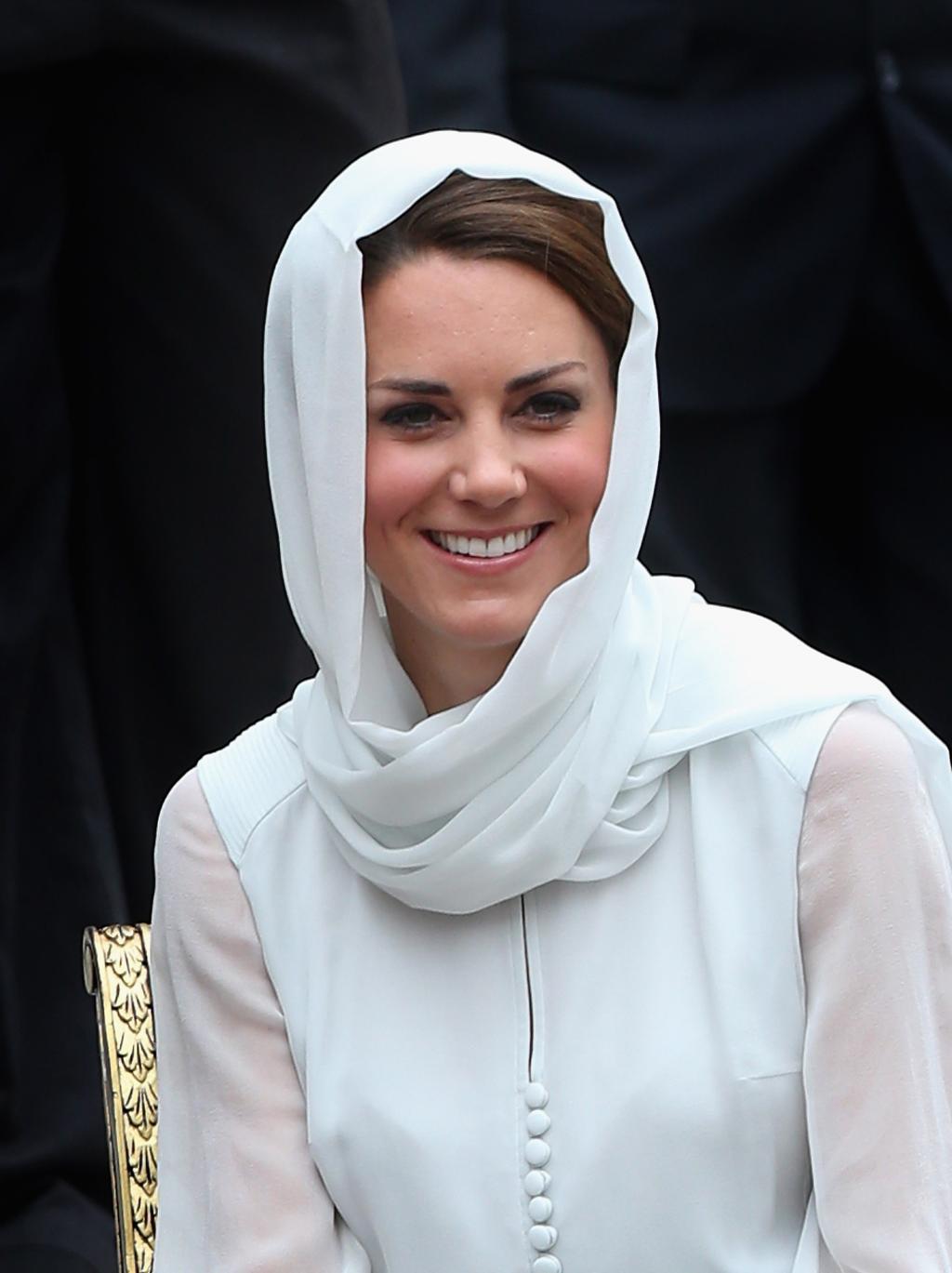 On a visit to Assyakirin Mosque in Malaysia, Kate Middleton paired a white sheer buttoned top with a matching head scarf. 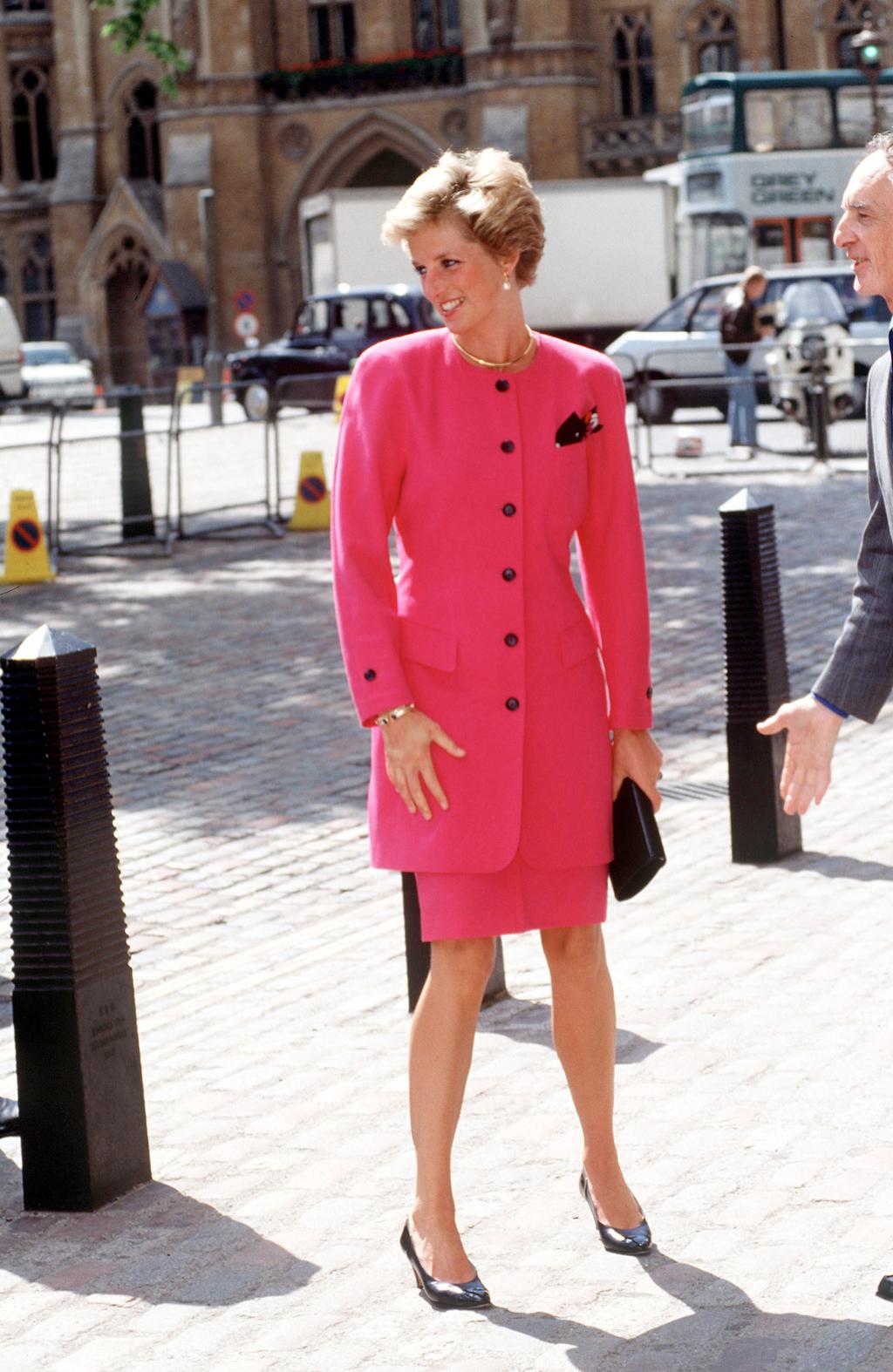 During a 2015 outing, Kate turned heads in a striking fuchsia wool coat. 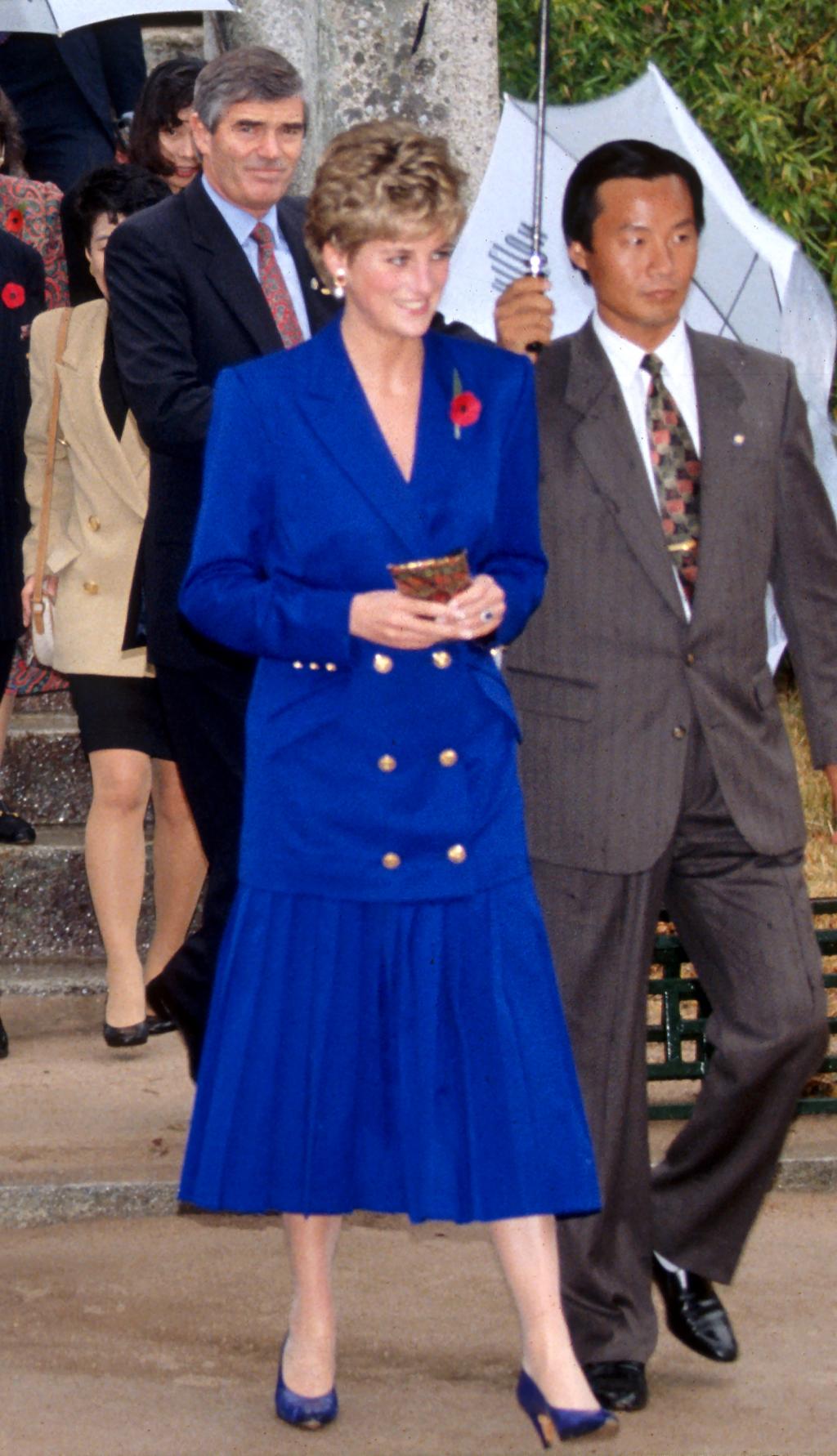 On a visit to South Korea, Diana made her presence known in a long blue blazer and a matching pleated skirt. 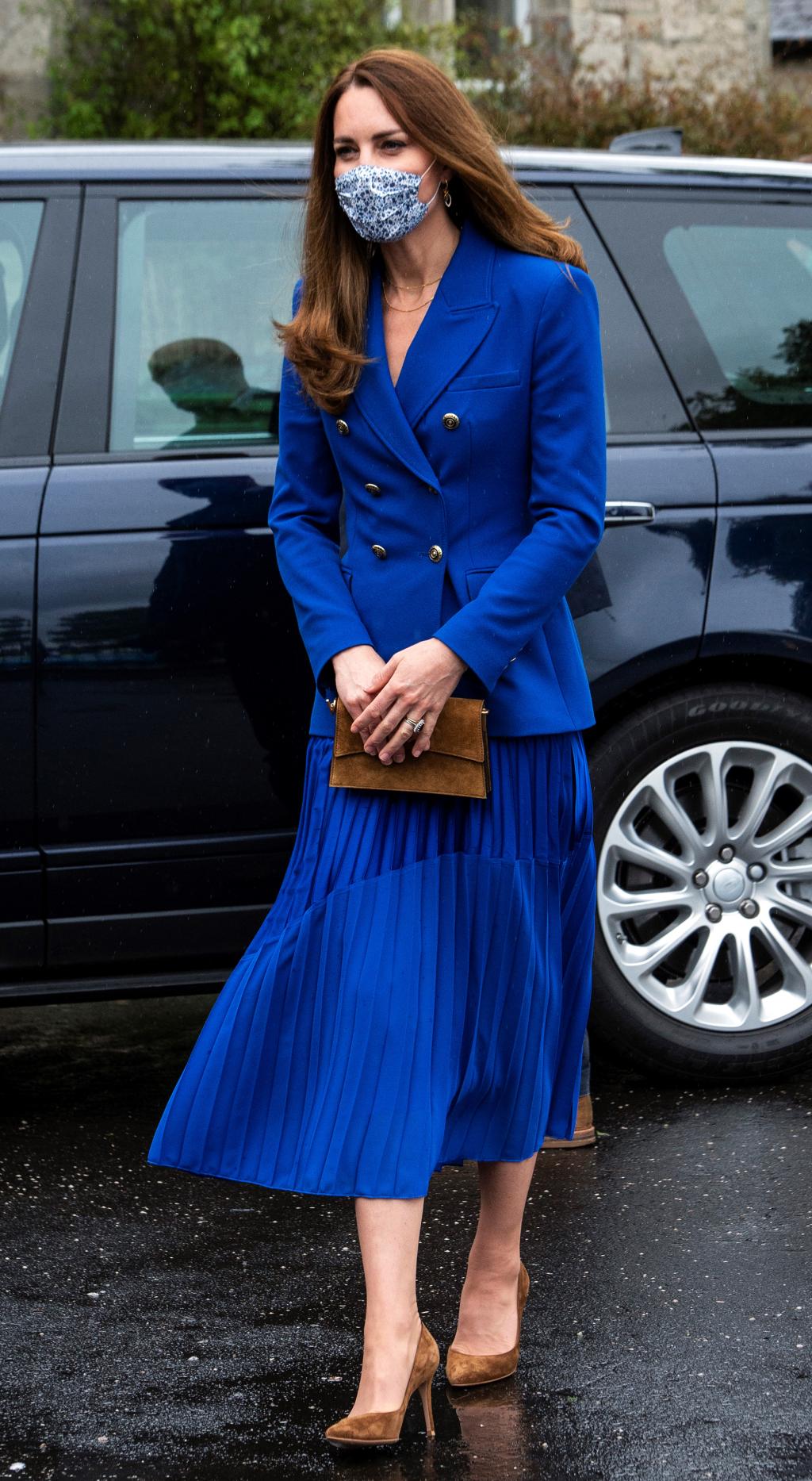 In an almost identical outfit to Diana, Kate visited a violence reduction unit in a blue blazer and skirt.

TMZ reports that David filed for divorce from Lesley on…

As the Prince and Princess of Wales, William and Kate are now not only next in line to be King and Queen, but he has also inherited the Duchy of Cornwall estate — valued at $1.2 billion — which has been an income stream for his father for more than half a century. This is thanks to the ownership of a landed estate of more than 128,000 acres, which also makes him one of England’s biggest landowners.

“William is now hugely well off,” Vickers said. “He had to rely on his dad before.”

Harry and Meghan, however, have to make their own money — which they are doing with projects such as their Netflix deal and the Duchess’ “Archetypes” podcast on Spotify.

“Had Meghan stayed in the UK, I have no doubt there would be a bit of the green-eyed monster as she watched Kate take on the Princess of Wales role and rise through the ranks,” said a royal insider. “But they have their own millions in the US. It’s not like Harry and Meghan didn’t know this was going to happen.”

Sources say that Camilla has grown closer to Kate since Meghan and Harry have moved to the US. And now it will partly be up to the Queen Consort, as royal top dog, to try and keep the peace.

Camilla, the King’s mistress while he was married to Princess Diana, has become not only a great support to her husband, but to the other women in the family.

Royal watchers say that, before Kate Middleton’s wedding to Prince William in 2011, Camilla was a helpful source of knowledge on life in the family. She invited her to a lunch before the nuptials, to work out any nerves, and did the same seven years later with Meghan — who was said to be “overwhelmed” by her enormous life change.

“The aim was for Meghan to be able to air any worries or grievances and for Camilla to help alleviate them,” a source said.

But Meghan told Winfrey that she was offered no training for her new role: “Unlike what you see in the movies, there’s no class on how to speak, how to cross your legs, how to be royal. There’s none of that training. That might exist for other members of the family. That was not something that was offered to me.”

She also recalled how it was Sarah “Fergie” Ferguson, the ex-wife and constant companion of Prince Andrew, who stepped in and taught her how to curtsy before she met Queen Elizabeth.

She may also have a supporter in Sophie — a former public relations worker who was herself a commoner before marrying into the royal family. “Like Meghan, she’s not only had a professional life before royalty but she also knows what it feels like to be vilified in the press. She understands what Harry and Meghan are going through,” a source said of the Duchess of Wessex, adding that she is known as the family’s mediator.

Then again, Camilla — who has kept her own separate home since marrying Charles — seemingly has her hands full.

“Camilla has done an amazing job, and I do come from the other side of the hill about this,” said Vickers, recalling her days as the mistress. “She has been very important to Charles. He relies upon her, and she gives him the trust and confidence that he needs. He’s a needy guy. We’ve seen a couple of wobbles due to his stress and she has to deal with that.”

After Monday’s funeral for the Queen, the Sussexes will head back home to Montecito, Calif., and to their children Archie and Lilibet.

One palace insider told The Post that, “Over this past week, a lot of the headlines have been over-inflated. Everyone has kept their head down, everyone is behaving. There has been no drama. Everyone is in mourning.

“But then Harry and Meghan will go back to America and do whatever it is they want to do, so who knows what will happen.”