There’s a reason why Meghan Markle wasn’t in the same car as her sister-in-law on Wednesday.

Royal rankings forced the Duchess of Sussex to take a separate vehicle than Kate Middleton in the procession transporting Queen Elizabeth II’s coffin from Buckingham Palace to Westminster Hall.

Markle, 41, rode in the same car as Prince Edward’s wife, Sophie, Countess of Wessex, while Middleton, 40, traveled with Queen Consort Camilla because she is now the Princess of Wales and married to Prince William, the first in line to the throne after King Charles III’s ascension last week.

Despite their rocky relationship, William, 40, and Harry, 37, walked next to each other, which called back to their positions when their mother, Princess Diana, died in 1997.

Royal guards carried the coffin and carefully placed it atop a wooden table for the public to pay their respects until the Queen’s funeral next Monday.

After a brief ceremony, the royal family left. William and Middleton exited Westminster as a couple, while Harry and Markle did the same — while stirring up controversy over their slight showing of PDA.

The Fab Four reunited after the Queen died on Sept. 8 at the age of 96. William extended an invitation to his estranged brother and sister-in-law on Saturday to walk around Windsor Castle, greet mourners and take in the view of tributes laid around the gates.

“We are all very grateful — both sides putting all things aside for the Queen,” a royal source told Page Six at the time.

Harry and Markle caused a divide in the royal family after they infamously quit their royal duties in January 2020 and moved to California. 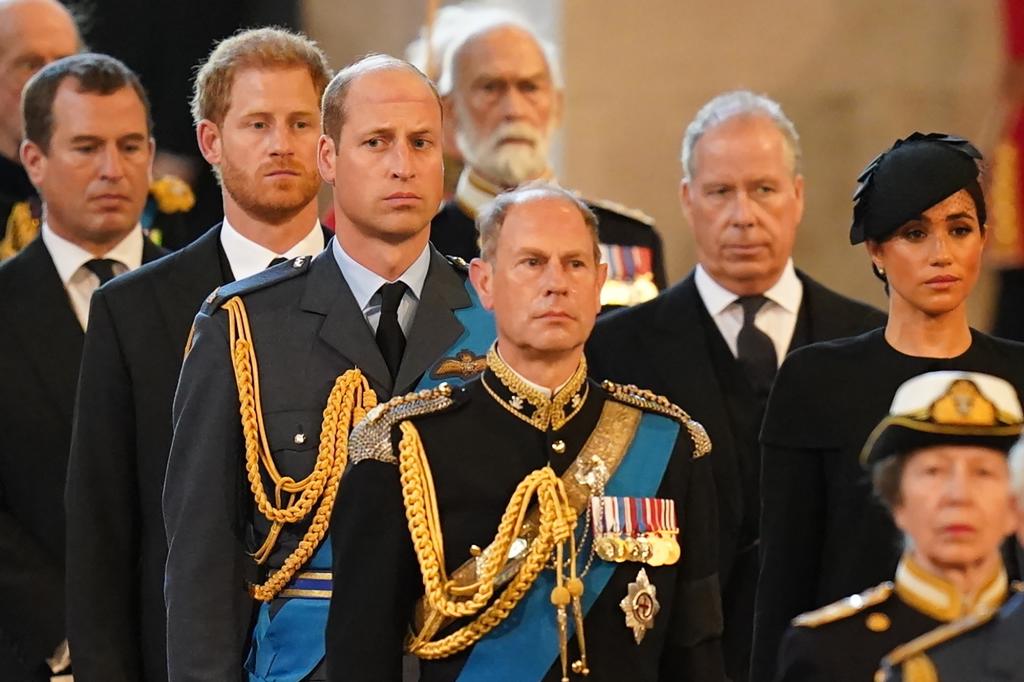 William and Harry did not walk together for Prince Philip’s funeral last spring. 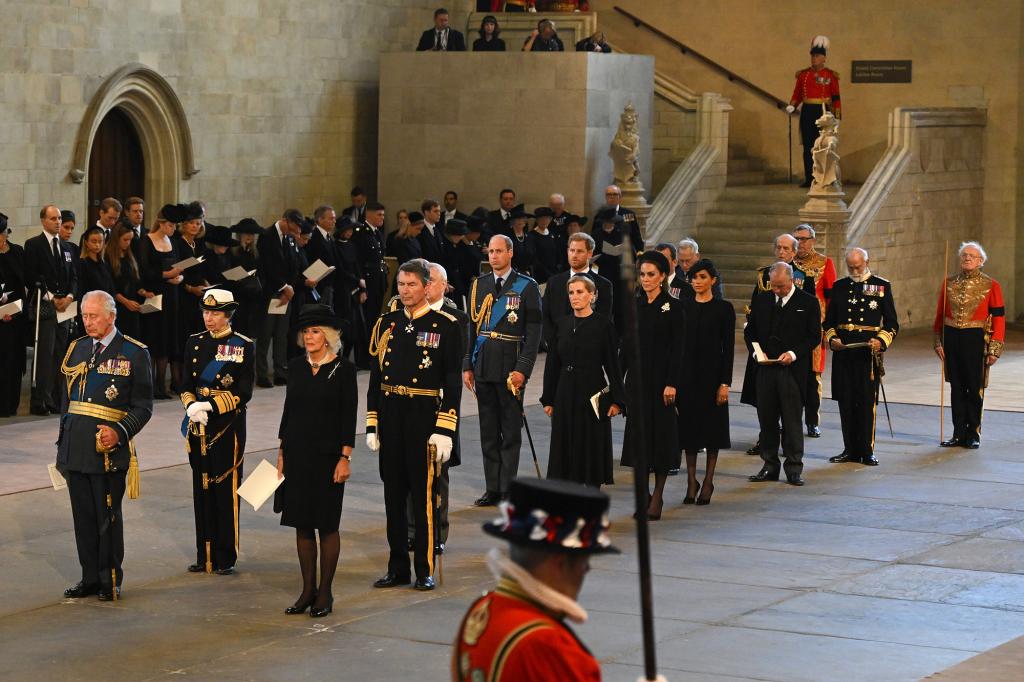 William and Harry did not walk together for Prince Philip’s funeral last spring.

“I could barely believe his people hadn’t stopped the interview,”…

The Duke of Sussex has occasionally returned to his homeland — including to attend his grandfather Prince Philip’s funeral, where William asked not to walk by his younger brother’s side.

Markle and Middleton have also sparked feud rumors over the years, most notably when the “Suits” alum claimed the princess made her cry before her 2018 wedding.