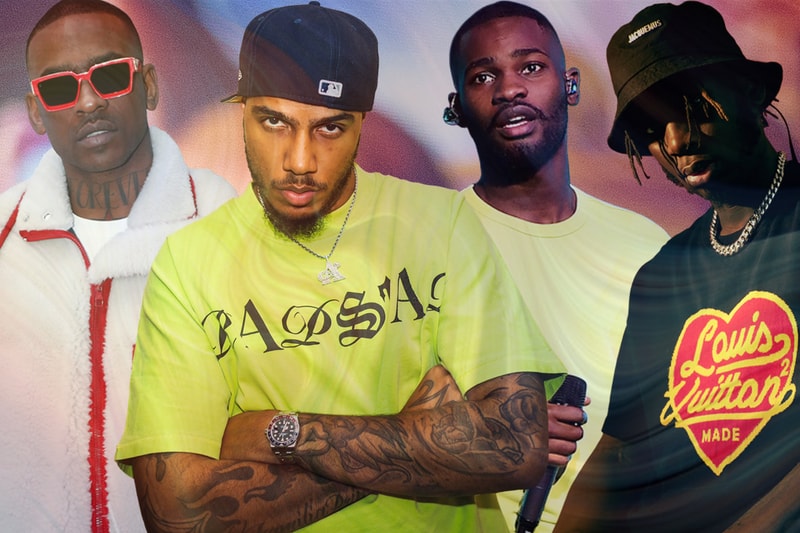 Following the death of Her Majesty The Queen Elizabeth II, London Fashion Week 2022 is going ahead as a business-to-business event with various moments of respect being shown to the Queen. Industry giants Burberry and Raf Simons canceled their shows (with the former now rescheduling for September 26), and all celebratory moments have also been postponed. With this being said, before the cancelations, Streatham-born U.K. rap star Dave was booked to perform at BOSS’ opening party for London Fashion Week, and this got Hypebeast thinking – how did U.K. rap get to this point?

During the early ‘00s, grime music was exclusively attached to physical fashion; rappers belonged to a group: same clothes, same music taste, same slang. Each group adhered to a stubbornness that was attached to a postcode, omitting them of praising another group from a different area of its musical quality – or fashion sense – even if they were paying attention. The majority of lyrical content articulated the harsh realities of life in London and the struggles that came with being a part of the fringes of society that the middle classes were never – at the time – interested in. Simultaneously, originators like Dizzee Rascal and Wiley paved the way for grime, and without the genre’s OGs showing how to sell out shows and headline stages, U.K. rap wouldn’t have the global prominence that it holds today.

In 2003, Dizzee Rascal debuted his seminal album Boy In Da Corner – complete with artwork priding itself in black Air Max sneakers. This didn’t only shoot Dizzee to the forefront of U.K. talent at the time, but it also proved to other rappers of the same generation – and those to come after – that it’s possible to be accepted by mainstream media and conquer it.

“I want to see more collaborations between music and fashion on a larger scale – whether that is with shows or single artworks.” — AJ Tracey

Since, U.K. rap and grime music began to build its crossover with fashion, spreading further away from the classic Avirex jackets and Evisu jeans that were spotted on all garage heads in the ‘90s. Affiliations with brands such as Ed Hardy were being discovered. For example, Skepta’s 2009-released single “Ed Hardy Party” featuring Tinchy Stryder expressed lines such as: “I’ve got some dumb Ed Hardy jeans actually / Dumb Ed Hardy belts actually / Dumb Ed Hardy shades actually / My bedroom’s like an Ed Hardy factory.”

However, throughout this period, grime was soon written off as a phase that didn’t have enough pulling power for labels and execs alike – the times of YouTube and streaming hadn’t been born yet, so the corporate world failed to see its potential, especially during a time where the dizzying depths of Britpop were dominating the charts. However, grime music in the U.K. then came back to life between 2014 and 2016, along with a new burst of emerging talent in dancehall, U.K. rap, drill, afrobeats, and many more grime-descending genres.

Music became a legit outlet for talented musicians from the most deprived areas in the country to make consistent and steady money, allowing them to take themselves and close acquaintances out of the environments they articulate in the music. And while the wholesome intentions of making music money are still – in most respect – the same today, big stages equal big cheques and even bigger followings, and the most successful musicians have used them in a way to align themselves with fashion like never before.

Most recently, we’ve seen the likes of Pa Salieu front A-COLD-WALL*’s Fall/Winter 2022 campaign, while BackRoad Gee has recently signed as PUMA’s newest brand ambassador. The pair had one of the most popular U.K rap songs of 2020 with “My Family” and since then, the duo has continued to prove that fashion and music go hand-in-hand with their own unique styles and corporate successes.

“My relationship with fashion is lovely – it works together perfectly,” BackRoad Gee told Hypebeast. “Clothes. Music. Music. Clothes. It just makes sense that it’s all a part of the culture and works together. This has already been happening for years, but now it’s trickling down in the U.K. like never before, and I think that will continue to grow. I don’t think anything can stop it from growing globally now.”

Another one of U.K. rap’s elites to align himself with the fashion industry is AJ Tracey. The Ladbroke Grove-residing rhymer has had a long career in the music industry, with a top three-charting debut album and earning the NME Award for Song of the Year with “Ladbroke Grove.” Music aside, AJ has been one of the key figures in using his platform to work within fashion. His 2019 single “Fashion Week,” featuring MoStack, proved that not only is he aligned with the culture, but he is helping bridge the gap between young rap fans and the world of contemporary men’s and womenswear.

Speaking to Hypebeast on the future of U.K. rap and fashion, AJ Tracey said: “My relationship with fashion is a warm one – it feels like a sibling that I always try to involve in everything I’m doing. Music and fashion go hand-in-hand and I feel like my expression outside of the booth is what I’m wearing.

“I like to dress how I feel, but my main inspirations who I look up to are the likes of Kim Jones, Virgil Abloh, Steven Barter, and Termaine Emory. For me, I want to see more collaborations between music and fashion on a larger scale – whether that is with shows or single artworks. We need more music videos and merchandise being creatively led by fashion houses and designers.”

“Clothes. Music. Music. Clothes. It just makes sense that it’s all a part of the culture and works together.” — BackRoad Gee

As AJ touched upon, Virgil Abloh’s influence on the U.K. is irrefutable. While his relationship with the states is where he built his vast portfolio of artistic direction and cultural impact, the ex-Louis Vuitton creative director worked on notable album covers with American rappers such as Kanye West (Yeezus, My Beautiful Dark Twisted Fantasy), Lil Uzi Vert (Luv is Rage 2), and Pop Smoke (Shoot For The Stars, Aim For The Moon).

However, a similar impact across the Atlantic has shown that culturally-relevant artists are now becoming a focal point for U.K. rap. Lucien Clarke – DC’s latest creative director and LV collaborator — designed M Huncho’s recent mask, proving to be one of the most high-profile and domestically-driven rap-fashion crossovers of recent times.

As the worlds of fashion and U.K. rap continue to blur their respective boundaries, in turn becoming part of one another’s identity, it’s safe to say that the crossover will proffer a new era of grime music and the genre’s descendants. Fashion is rooted in rap – need we remind you of statements like Run D.M.C.’s “My Adidas” and The Notorious B.I.G.’s love for a Coogie sweater – and now the takeover of U.K. rap in pop culture looks as if it’s finally starting to infiltrate not just fashion on the streets, which grime represents, but also the luxury worlds. Simply, we can’t wait to see more.