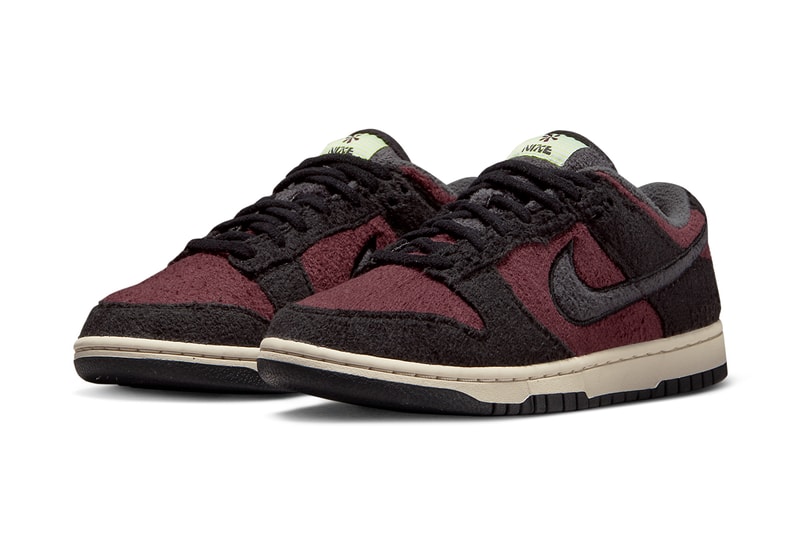 No matter the time of year, Nike finds a way to make its Dunk Low fit in. Now, as fall begins, fleece materials land on the iconic silhouette in two new colorways. Both looks feature fleece throughout the entire upper, including at the laces, trim and Swooshes. However, the sole unit arrives in its typical form with stitching visible throughout the midsole and a rubber outsole.

Looking closer at the colorways, a maroon and dark brown color palette outfits the first take with maroon operating as the base layer. From there, a dark brown hits the shaggy overlays while black arrives on the laces and gray hits the tongue and trim. A white and neon green grid tongue found on both colorways provides a harsh contrast to this look while an aged white midsole rests atop a black outsole to complete the pair. As for the other, white and pastel green are accented by lime green hits at the Swoosh outline, tongue, outsole and trim. Pastel green covers the Swooshes, overlays and laces while a white midsole and white base of the upper rounds out the detailing.

Release for both of these fleece Nike Dunk Low colorways is expected to take place in the coming weeks via Nike and select retailers.

In other footwear news, a “Light Iron Ore” has outfitted the Nike Dunk Low with glossy Swooshes and overlays.