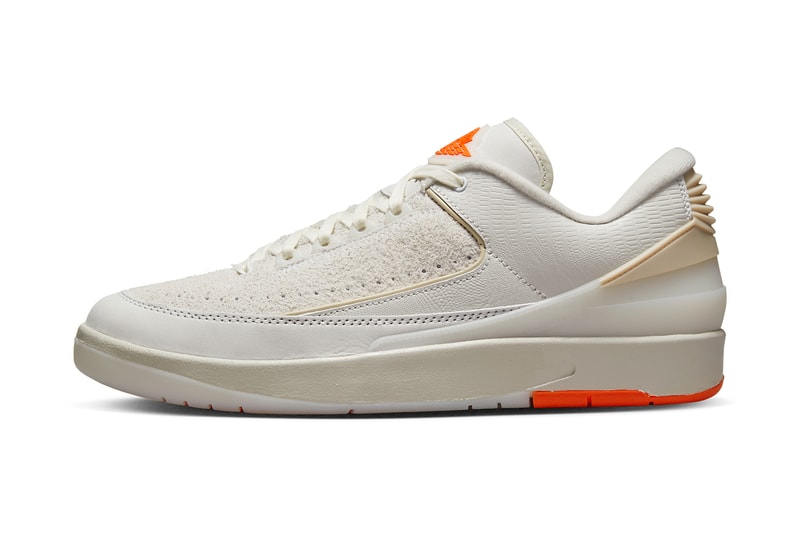 Jordan Brand has kept the Air Jordan 2 in sneaker conversations all year. Collaborations have graced the model throughout 2022, even reaching its low-top form as well. Now, three more collaborative Air Jordan 2 Low colorways are on the way, spotlighting retailers from the United States, the Philippines and South Africa. First, news of Philippines-based Titan outfitting the Air Jordan 2 came up, only to be followed by Detroit’s Two 18. Now, following an early look, official images of South Africa’s Shelflife x Air Jordan 2 Low have surfaced with all three collaborations referenced on the sneaker’s internationally themed shoe box.

Looking closer at Shelflife’s pair in particular, white covers the majority of the mixed material upper with off-white hues supporting the look throughout. From there, orange plays a key but minimal role with it appearing at the tongue’s Wings logo and arriving on a portion of the outsole. Additional collaborative detailing includes “TEAM ONLY” text spanning across the inside of the tongues alongside the orange sockliner’s co-branding.

Release details regarding the Shelflife x Air Jordan 2 Low are limited as an official date has not yet been revealed. Look for the duo to make their debut this upcoming holiday season via Nike and select retailers at a price of $200 USD.

Elsewhere in footwear, an official look at the Air Jordan 5 GORE-TEX “Off-Noir” in women’s sizing has surfaced ahead of its winter release date.