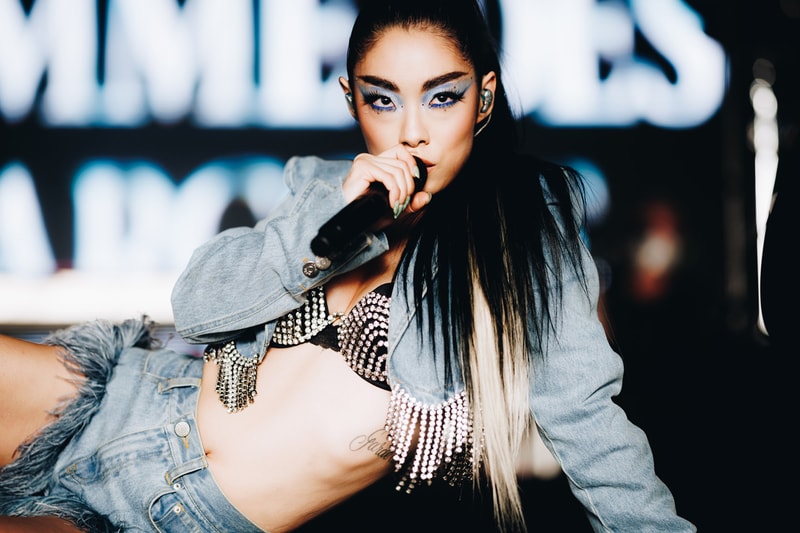 Rina Sawayama has come a long way since her eponymous 2020 debut. The nostalgic Y2K-inspired SAWAYAMA saw the British artist take on an eccentric and glamorous persona, threaded with vulnerable anecdotes about conflicts between herself and her family or friends.

On her sophomore endeavor, out for steaming today, Sawayama has turned the lens entirely on herself, taking a poetic and layered approach to dissecting her own trauma and memories. In an interview with Pitchfork, the singer shared that she wrote all of the songs on the LP in just two months. Entitled Hold the Girl, the project takes its name from a term the singer invented in therapy to describe tending to her inner child.

“Oftentimes when I’ve failed, I haven’t felt love from my family, and that’s been the big struggle,” Sawayama told the publication last month. “That’s what the record is about—reparenting yourself. That’s something I did because I felt like I didn’t get enough support in such key moments in my life.”

Her mission is palpable from the album’s first single, “Minor Feelings,” where she uses childlike imagery to represent the cramped sensation of having to bury one’s own emotions.

“Writing my own fairytales / Building forts between the sofa and the windowsill,” the singer croons on the track’s second verse. “Dreaming of the day I’m tall enough to save myself / But I was just a child.”

Lacing indie, 90s and distinctly British pop genres, other standouts from Hold the Girl include the LP’s titular track, “Frankenstein” and “Catch Me In the Air.”

In other music news, Davido has announced the first ARE WE AFRICAN YET? festival.