The 7-year-old became emotional as the Queen’s coffin was moved from a gun carriage to a hearse.

She was comforted by her mother, Kate Middleton.

Charlotte attended the late monarch’s emotional funeral alongside her brother Prince George, 9. Prince Louis, 4, did not attend the service due to his young age.

Upon their arrival earlier Monday, the siblings joined their father, Prince William, and walked down the aisle of Westminster Abbey behind their parents.

George and Charlotte were solemn and impeccably behaved during the funeral, with the princess wearing a black dress and a diamond brooch in the shape of a horseshoe. The only daughter of the Prince and Princess of Wales is said to share the Queen’s love of horses, and the brooch was reportedly a gift from her late great-grandmother.

It was the first time the public has seen the royal youngsters since the Queen’s death on Sept. 8 at age 96.

Middleton, 40, revealed that Louis has been struggling to understand the sovereign’s death, telling Australia’s Governor-General David Hurley on Saturday that her youngest child had been “asking questions.”

During a royal walkabout last week, the former Duchess of Cambridge shared that George had a better understanding of his great-grandmother’s passing.

George, Charlotte and Louis were brought to many events celebrating the Queen’s Platinum Jubilee in June, delighting royal fans. 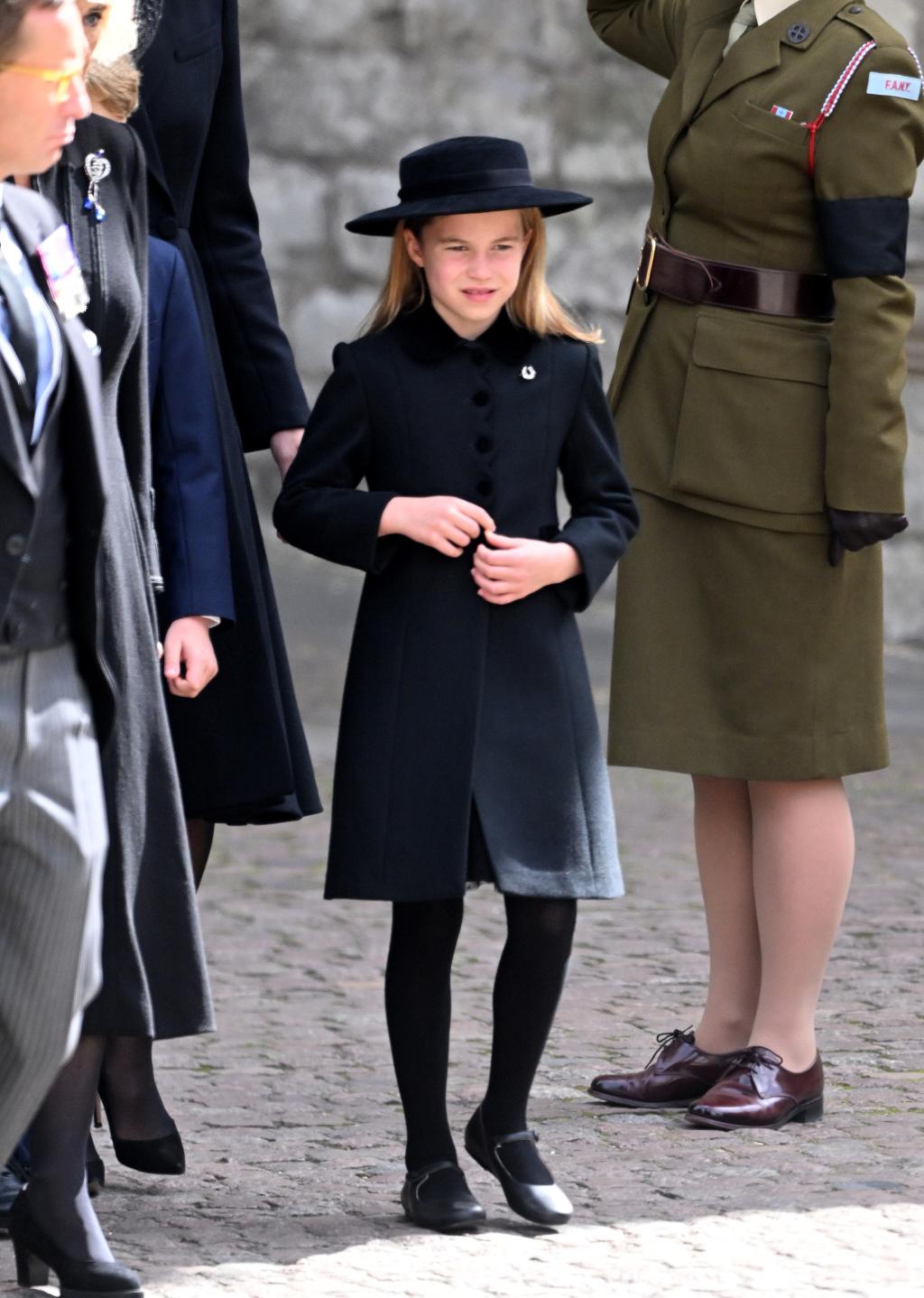 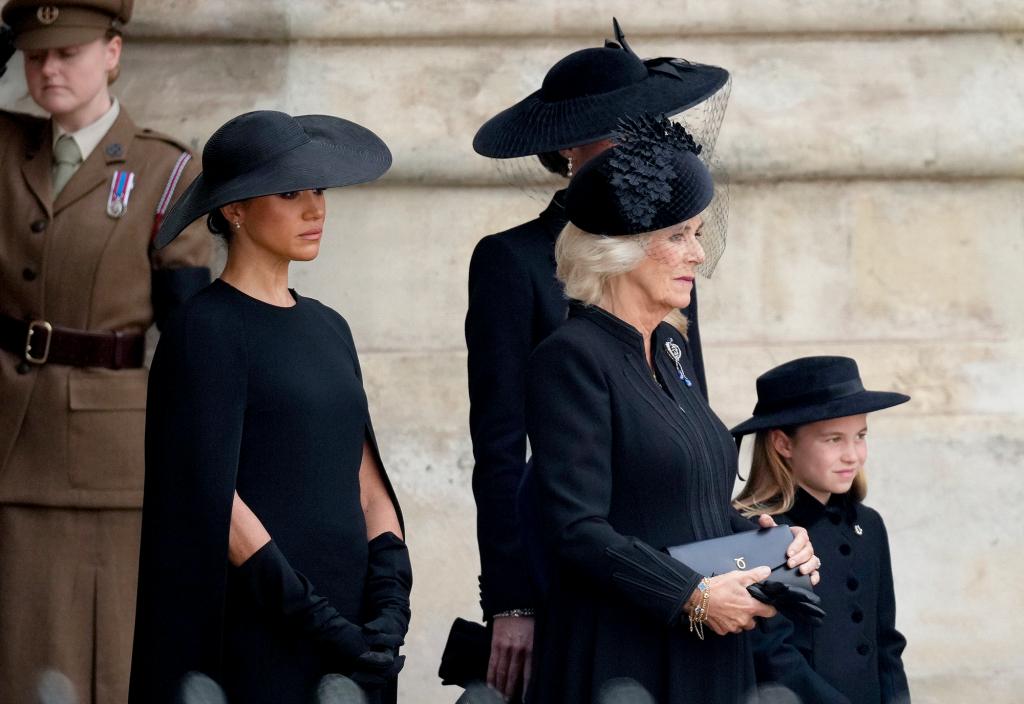 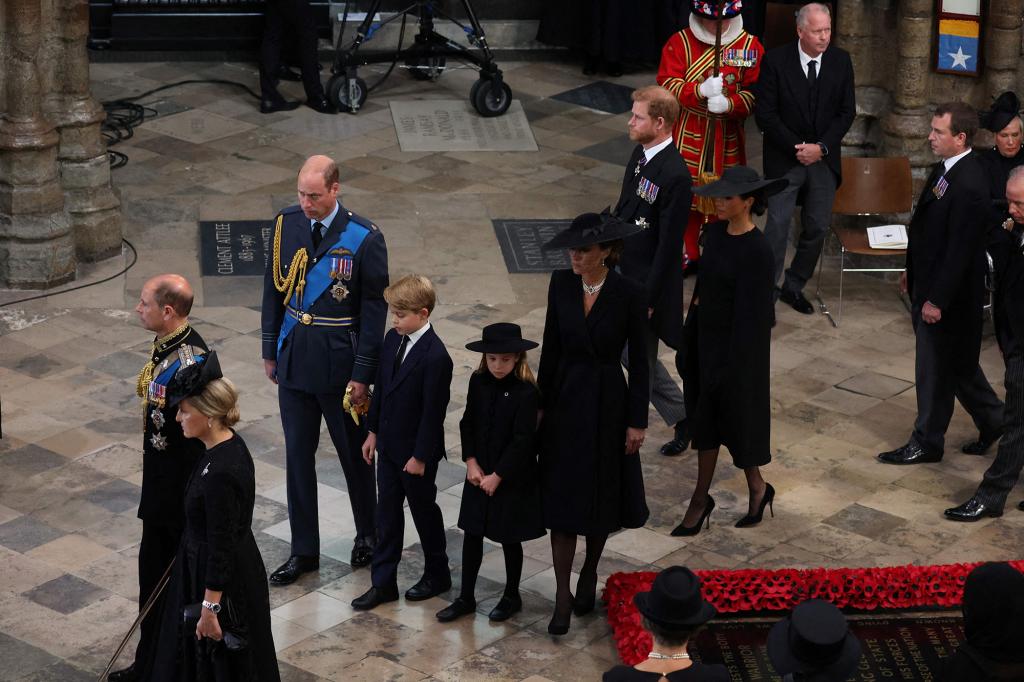 And it appeared that the little girl is a stickler for royal protocol.

Charlotte was spotted correcting both her brothers’ deportment during the Trooping the Colour procession.

While riding in a carriage to Buckingham Palace, Charlotte took it upon herself to sweetly correct Louis. After putting her own hand in her lap, she reached over to bring her little brother’s down as he incessantly waved.

And when the siblings watched the Platinum Jubilee Pageant parade from the palace balcony, Charlotte spied her older brother’s hand resting on the ledge.

She immediately nudged George to correct his posture, which he dutifully did.

George and Charlotte also joined their parents on a visit to Cardiff, Wales, as part of the Jubilee celebrations.