In addition to Charles’ children, the 73-year-old monarch’s siblings, Princess Anne, Prince Andrew and Prince Edward, walked side by side behind the casket.

The late Queen was initially transported to Buckingham Palace in a hearse Tuesday from Balmoral Castle in Scotland, where she died on Sept. 8 at age 96.

In Wednesday’s procession, her coffin was pulled by a chariot with her crown resting atop it.

Kate Middleton and Meghan Markle followed the procession in separate cars. The former rode with Queen Consort Camilla, while the latter sat beside Edward’s wife, Sophie.

William, 40, and Harry, 37, walked next to each other, mirroring the positions they took after their mom, Princess Diana, died in August 1997 at age 36. 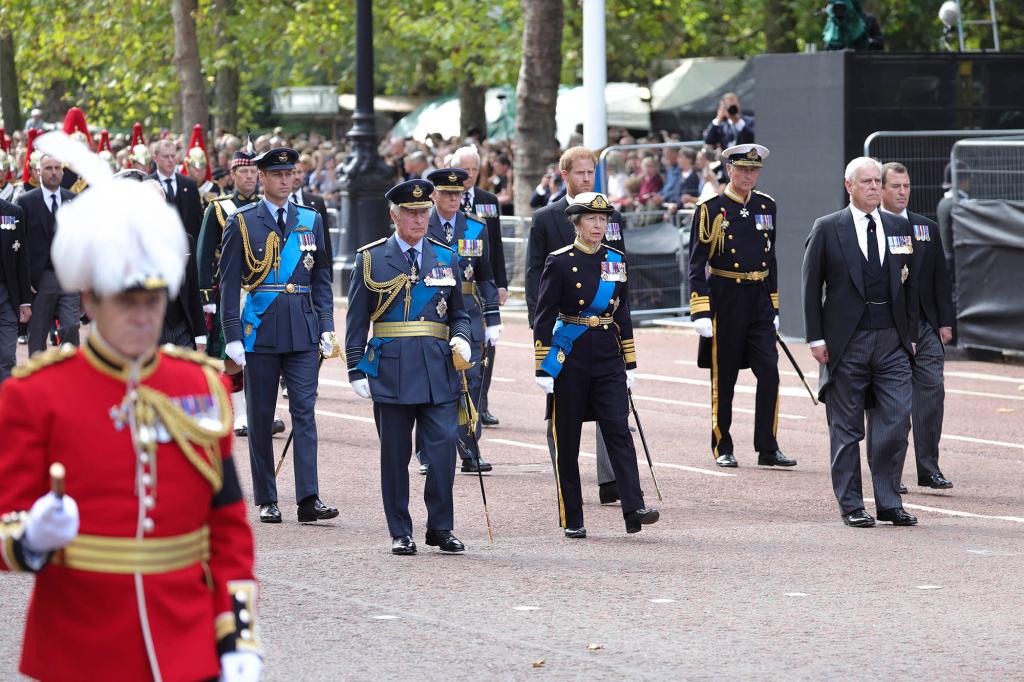 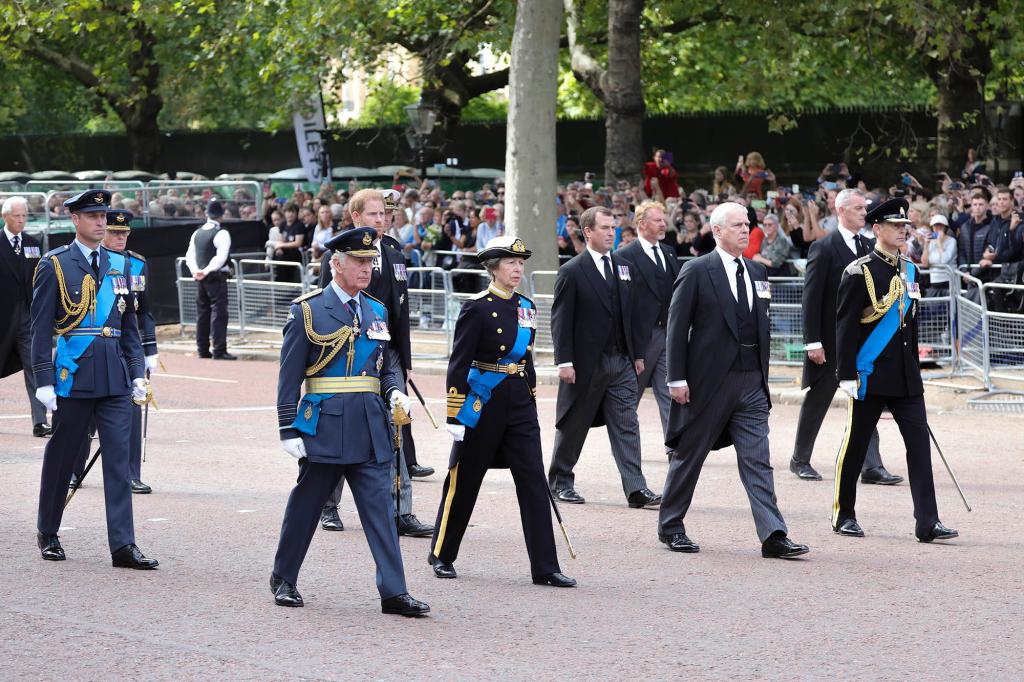 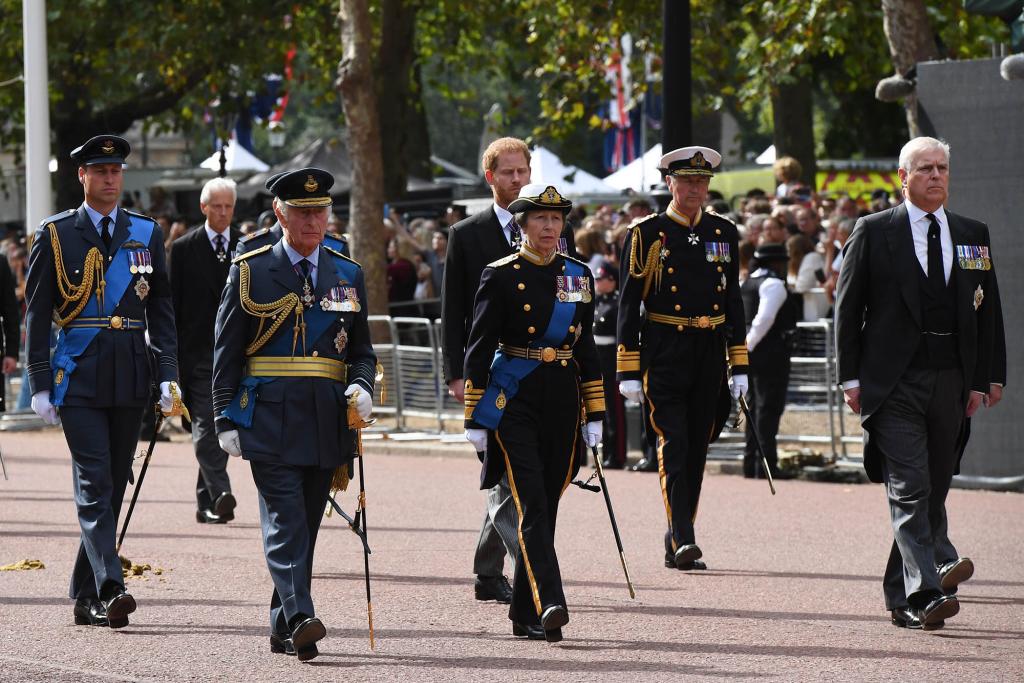 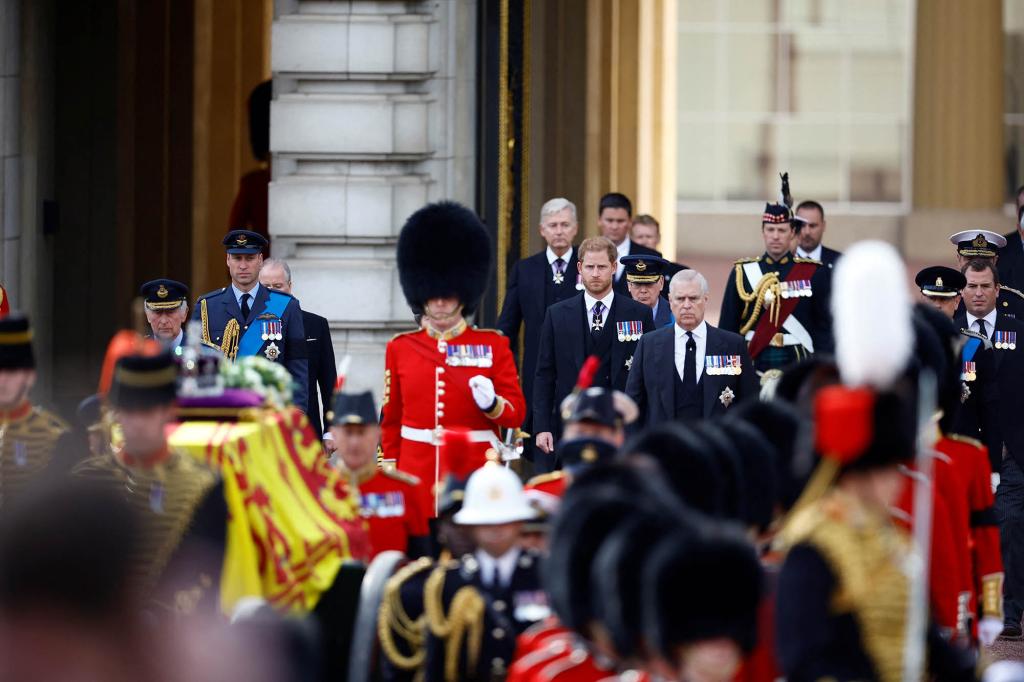 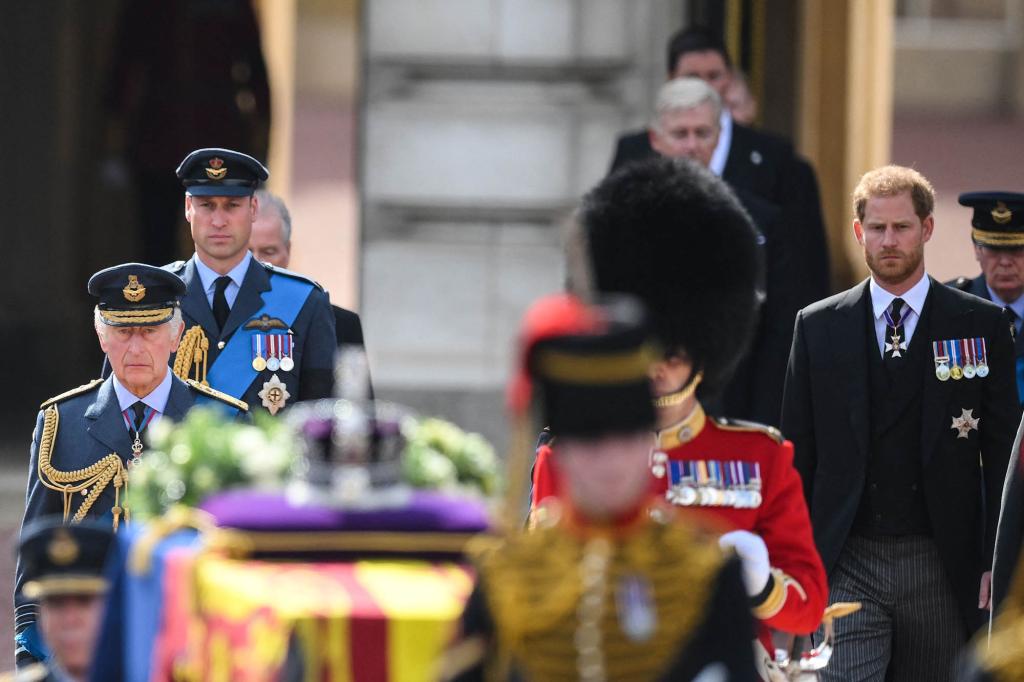 The actress, who filed for divorce from her husband in…

While the newly named Prince of Wales wore military garb, the Duke of Sussex was dressed in a suit, as he was barred from wearing his uniform.

The former pilot, who lost three honorary military titles after stepping down from the royal family in January 2020, addressed the uniform snub in a statement released Tuesday.

“Prince Harry, The Duke of Sussex, will wear a morning suit throughout events honoring his grandmother,” a spokesperson told Page Six.

“His decade of military service is not determined by the uniform he wears, and we respectfully ask that focus remain on the life and legacy of Her Majesty Queen Elizabeth II.”

Harry, who officially resigned from his royal roles in February 2021, has been estranged from William — but the siblings publicly reunited with their wives for the first time in two years on Saturday.

The Fab Four did a royal walkabout outside Windsor Castle, with the former Duke of Cambridge initiating the joint outing.

Not only did the royal brothers make headlines for their different treatment of their wives, but a video of Markle’s awkward exchange with an aide over flowers also went viral.

Harry and William went on to dine together Tuesday night after the procession to Buckingham Palace.

Oprah Winfrey, who conducted a bombshell interview with Harry and Markle, 41, in March 2021, told “Extra” she believes there can be healing within the royal family in the future.

“When all families come together for a common ceremony, the ritual of, you know, burying your dead, there’s an opportunity for peacemaking,” the former talk show host, 68, explained on Monday. “Hopefully, there will be that.”