No one puts Harry in a corner … except the royal family.

Prince Harry and Meghan Markle did not join Prince William, Kate Middleton and other family members in the front row at Queen Elizabeth II’s funeral at Westminster Abbey in London on Monday.

Instead, the Duke and Duchess of Sussex were squished in a corner at the end of the second row beside Princess Beatrice and Princess Eugenie and their respective husbands, Edoardo Mapelli Mozzi and Jack Brooksbank.

The estranged brothers were as far away as could be, separated by the church aisle.

Meanwhile, King Charles III, his wife, Queen Consort Camilla, and the newly named Prince and Princess of Wales were seated in the front pew.

William and Middleton, both 40, somberly sat with two of their kids, Prince George, 9, and Princess Charlotte, 7. Their youngest, Prince Louis, 4, was not in attendance.

Also notably in the front row was the Queen’s disgraced son Prince Andrew, as well as granddaughter Zara Tindall and her husband, Peter Phillips, who are not working royals.

Earlier in the procession, Harry, 38, and Markle, 41, somberly walked behind William and Middleton as they trailed the Queen’s coffin. 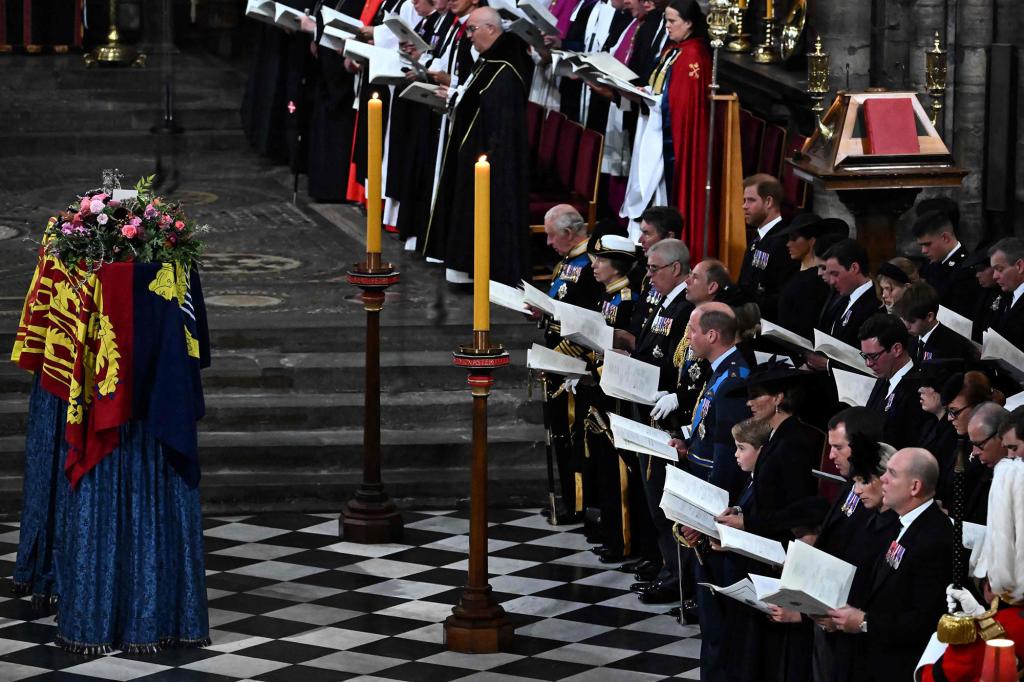 The seating arrangement seemed to be a snub considering Prince Andrew as well as non-working royal Zara Tindall were seated in the front with King Charles III, Queen Consort Camilla, Prince William and Kate Middleton. 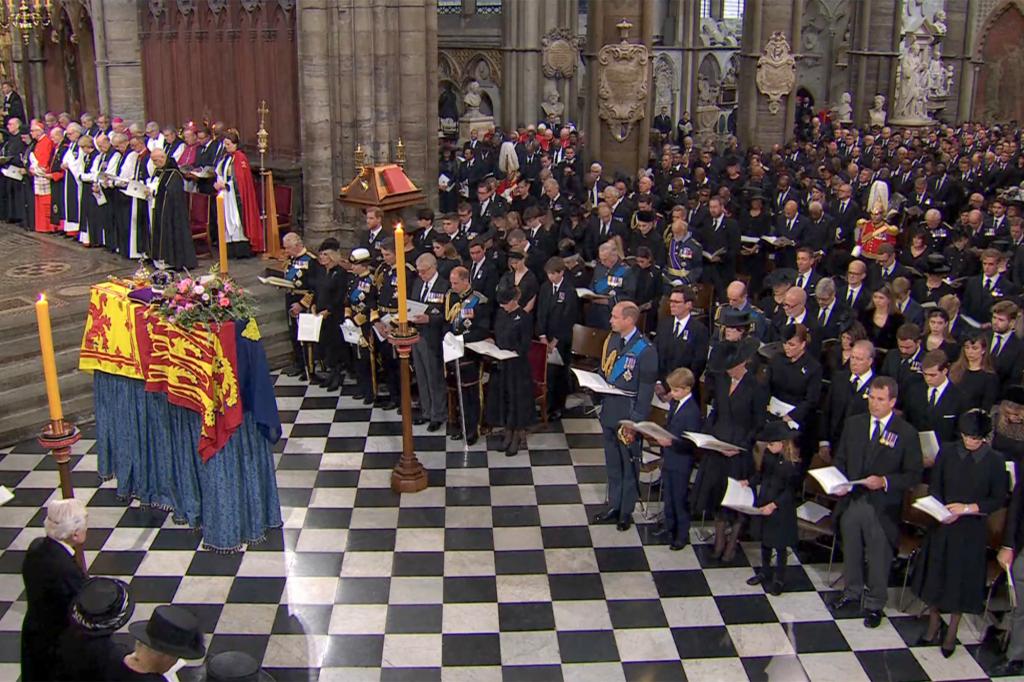 The seating arrangement seemed to be a snub considering Prince Andrew as well as non-working royal Zara Tindall were seated in the front with King Charles III, Queen Consort Camilla, Prince William and Kate Middleton.

The Princess of Wales honored the late monarch as well…

Instead, Harry wore a black suit for the funeral, while Markle mirrored Middleton’s look in a black dress and a black hat. Markle, for her part, honored the Queen by wearing earrings gifted to her by the late monarch.

Harry and Markle, who moved to California in 2020 after resigning from their royal duties, have been in the UK to mourn the Queen alongside William and Middleton since the longest-reigning monarch in British history died at the age of 96 on Sept. 8.

Harry, who rushed to be by the Queen’s side before she died but arrived hours late, reportedly learned of his grandmother’s death five minutes before it was announced to the public.