The trio front the October 2022 issue in matching neutral ensembles by Fear of God, but wore plenty of wilder looks for the spread.

Brosnan, 69, sported a statement Dolce & Gabbana suit with red jewels on the lapel and pockets while posing on the beach.

Paris, for his part, rocked a sequined silver suit jacket from the same fashion house, while his older brother paired his sheer turtleneck with a faux fur coat.

The siblings gushed about their dad in the interview, calling the “Mamma Mia!” star the “nicest guy” they know.

“I always thought he had a lot of friends, growing up because people would come up to him in the street, and … he talk[ed] to everyone for a really long time,” Dylan told the magazine, noting that he doesn’t “tell anyone” who his father is.

The musician went on to reflect on their normal childhood spent between Los Angeles and Hawaii homes. 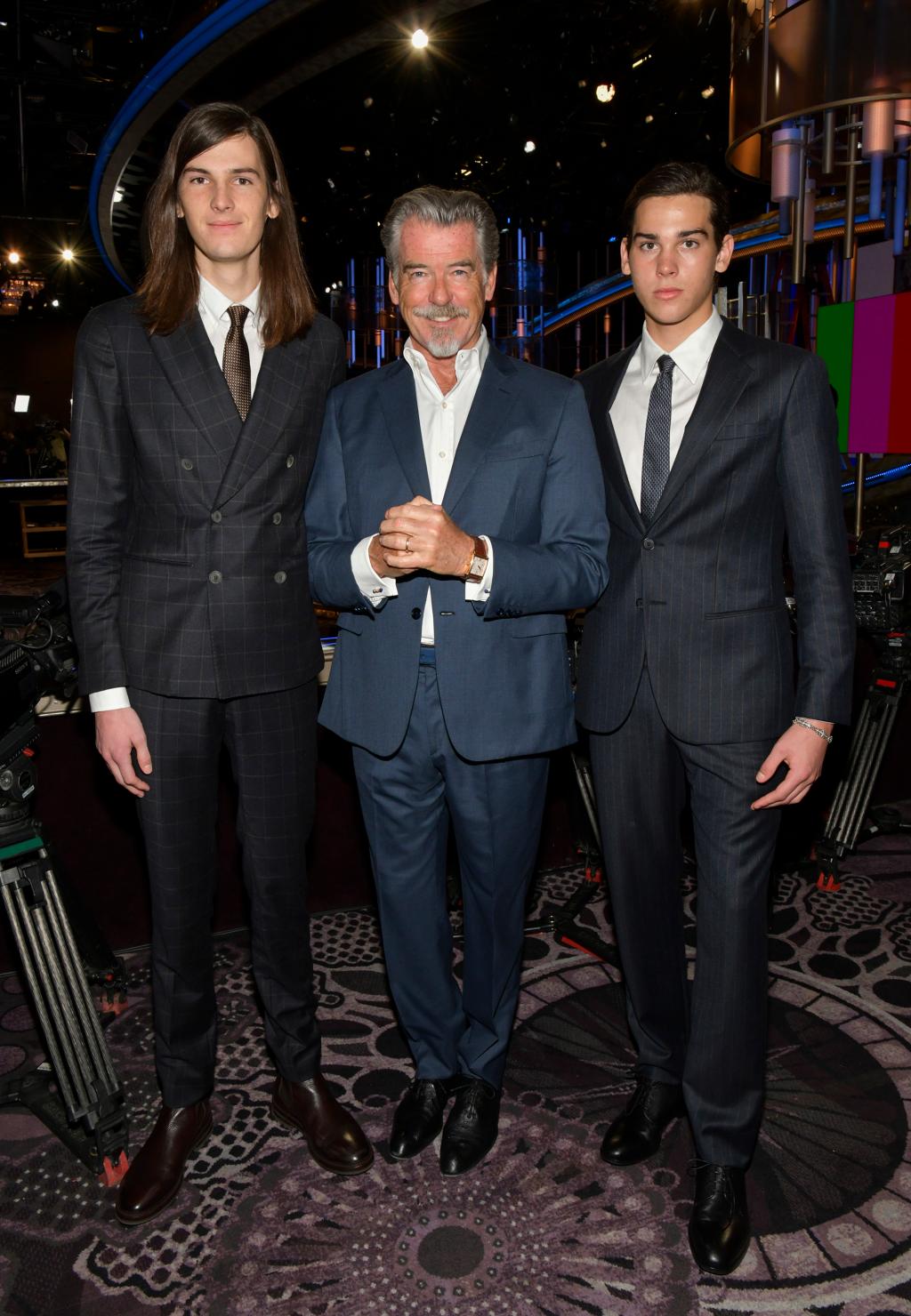 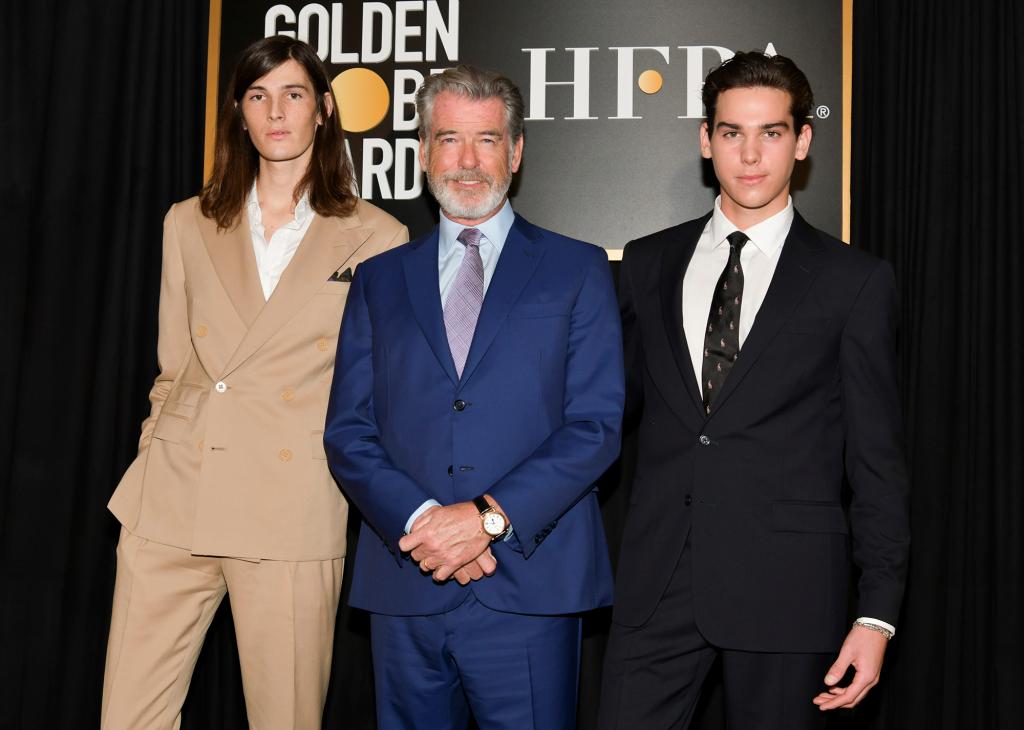 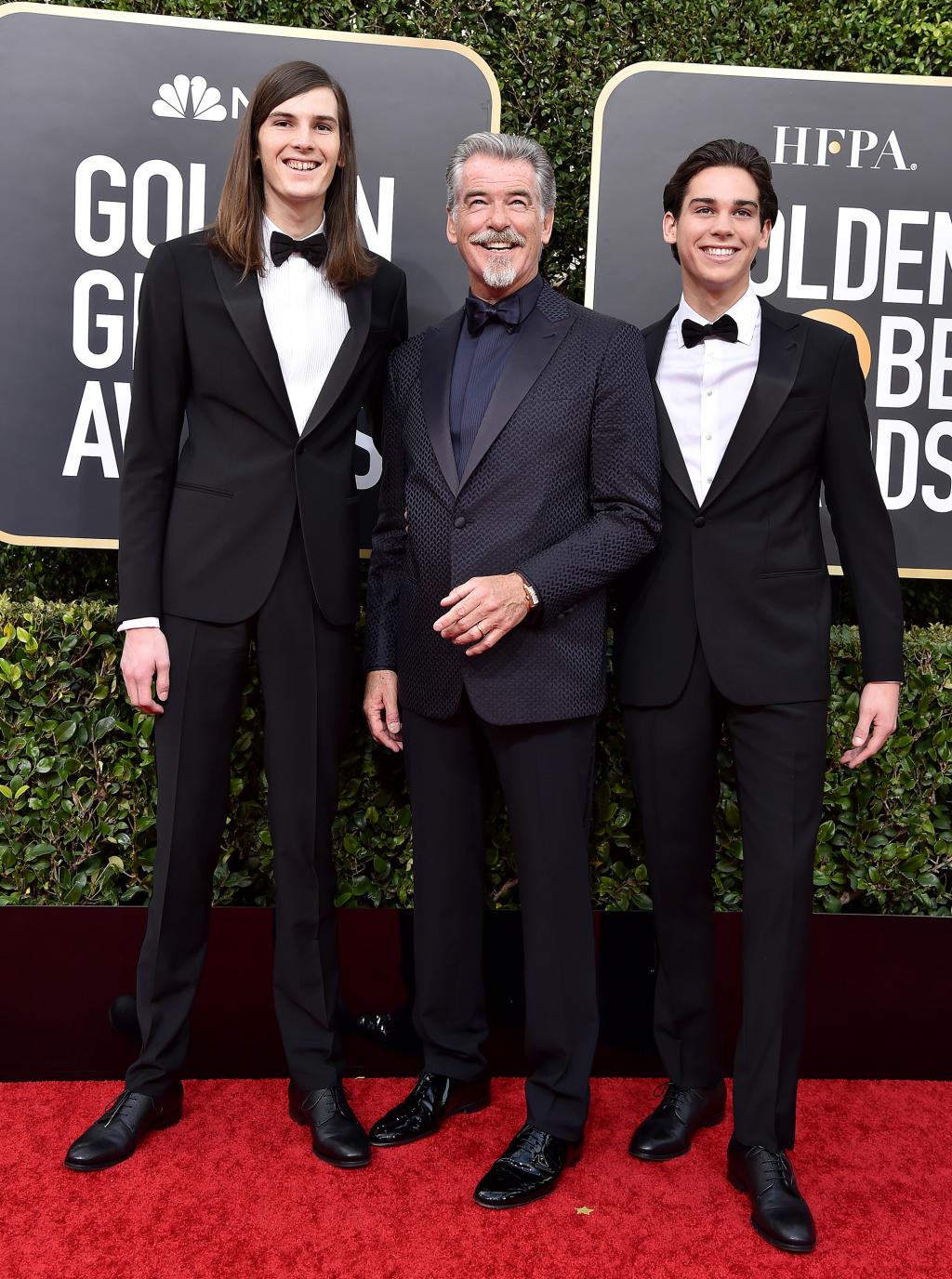 The newlyweds hit the carpet in complementary clothes to promote…

“[We were] a bunch of kids running around a forest, looking for something to do, riding bicycles down the street, going to caves and swimming and surfing and stuff,” Dylan explained.

While Brosnan’s children have both worked on films, the producer revealed that he has always tried to dissuade them from following in his acting footsteps, calling it “f—king hard work.”

The Golden Globe nominee said, “It’s a cross to bear. You’re constructing and destroying yourself.”

Instead, Dylan and Paris have pursued careers in music and modeling, respectively, with Brosnan sharing his “fatherly pride” over their accomplishments.

The “Mrs. Doubtfire” star shares his boys with wife Keely Shaye Smith and is also the father of Cassandra Harris’ sons, Christopher, 49, and Sean, 39.

Brosnan has brought Dylan and Paris to multiple red carpets over the years, with the then-teenagers making headlines in November 2019 when they were named the Golden Globe ambassadors for 2020.

The brothers were “over the moon” about the honor, Dylan wrote in a statement at the time.