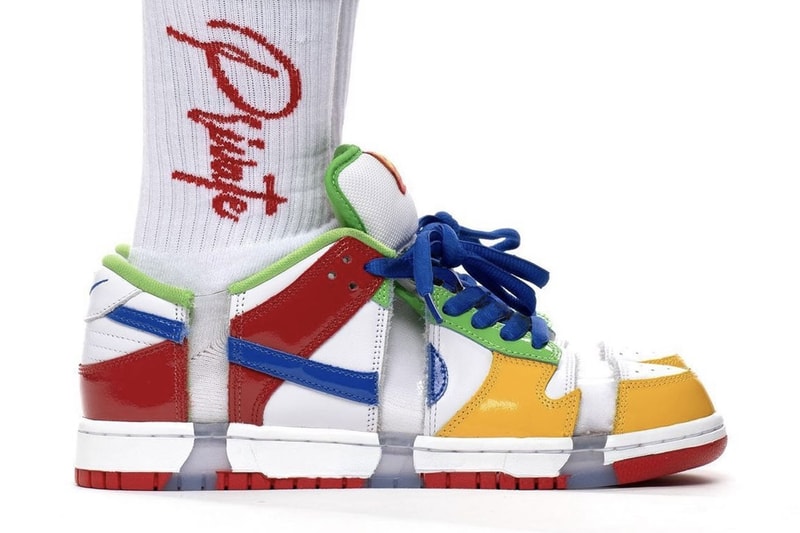 The upcoming Nike release closely resembles one of the three models in the series, which was given to the late and influential Sandy Bodecker in 2008 when he retired. Its white leather base is contrasted by overlays in eBay’s color scheme of yellow, green and red, while the blue hue can be found on the panel swoosh and laces. Additional branding hits land on the foam tongue tag that also features the phrase #NIKESBFOREVER, heel and the right shoe insole, while the left insole sees a photo of Bodecker and his child. Three transparent strips by the toebox, panel and ankle “cut” the Dunk Low into three different parts as it rests on a white midsole and red outsole.

Check out the photos above and stay tuned for an official release date and retail price.