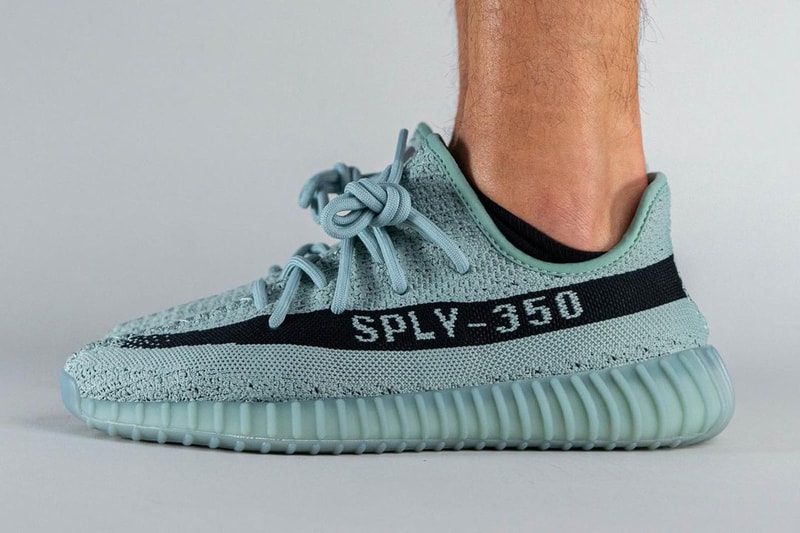 When Kanye West and adidas introduced the adidas YEEZY BOOST 350 V2 as the successor to the original adidas YEEZY BOOST 350, it seemed likely that a V3 may likely follow it. However, the adidas YEEZY squad has kept the V2 around as the line’s go-to everyday sneaker with alternates such as the CMPCT and 380 supporting it. For 2022, the silhouette has shown no sign of slowing down with new colorways and restocks throughout the year.

Now, following a first look at the colorway, the adidas YEEZY BOOST 350 V2 “Jade Ash” has surfaced on-foot. The iconic style returns with its Primeknit upper carrying a minty green hue that is contrasted by a black “SPLY-350” stripe on the lateral. Matching mint rope laces and a translucent sole enclosing a full-length BOOST unit rounds out the look.

A specific release date for the adidas YEEZY BOOST 350 V2 “Jade Ash” still has yet to be announced. For now, a November launch remains most likely at a price of $230 USD via adidas and select adidas YEEZY retailers. Take a closer look above and look for official images and a global release date to be shared in the coming weeks.

In other footwear news, the adidas YEEZY SLIDE has popped up in a “Granite” colorway that is slightly lighter in color than its “Onyx” predecessor.