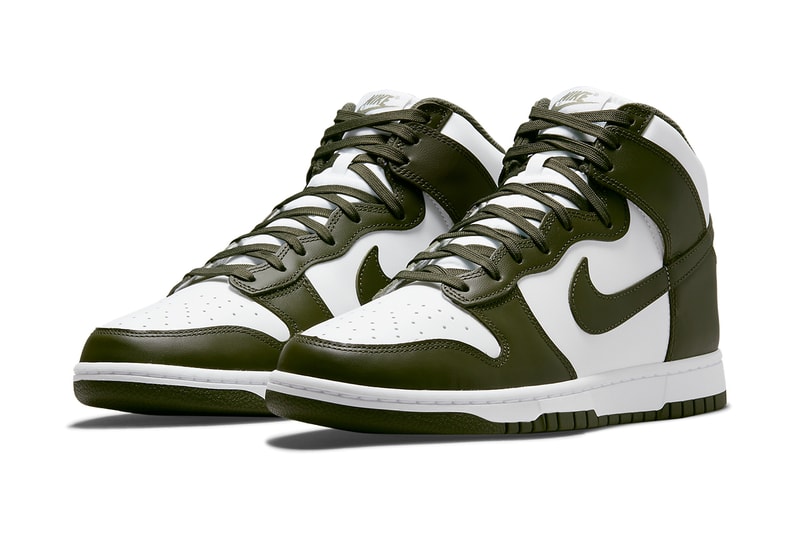 Nike is motivated to utilize nearly every color scheme possible for its various Dunk silhouettes while excitement over them is still at an all-time high. Back in August we captured an early glimpse of the forthcoming Nike Dunk High “Cargo Khaki” colorway, and now we finally have an official look at the pair. This militaristic design originally made its debut back in 2017, and now it is returning with all of its original details.

The model’s two-toned motif is once again brought to the table here and it’s titular shade makes the biggest statement. Uppers are engineered with a smooth leather build and come cooked up with army-friendly overlays, Swooshes, laces, interior liners and outsoles that are filled in with a “Cargo Khaki” tone. Tongues, collars, quarters and perforated toe boxes balance things out with white finishes. Traditional Nike Sportswear logos adorn the tongues and the insoles, the former of which is colored also covered in “Cargo Khaki” while the latter bears a bold orange skin.

At the time of writing, an official release date has not yet been announced, but it’s likely that these will be launching via Nike and other retailers in the coming weeks for an MSRP of $110 USD.

On the hunt for more sneaker news? Peep a first look at the Nike SB Dunk High in “Medium Gray.”