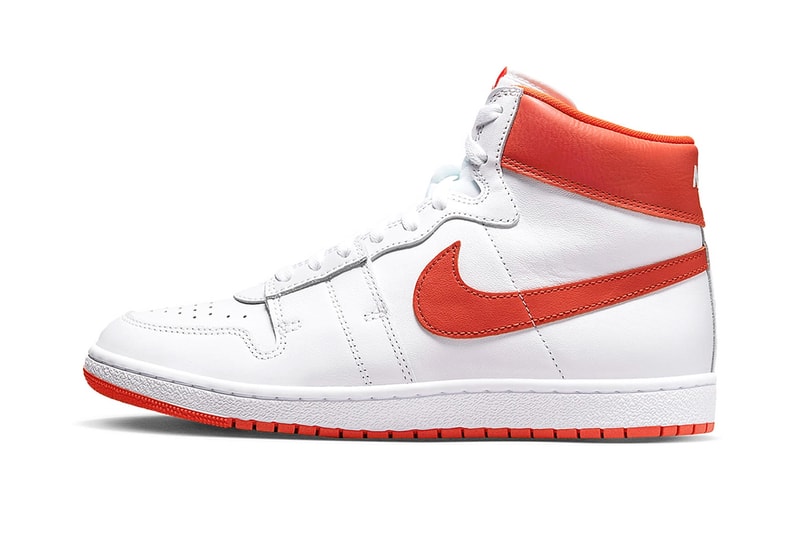 The originator of the “Banned” story, the Nike Air Ship is packed with history. Serving as Michael Jordan’s first sneaker worn in the NBA, the Air Ship would quickly come and go as Nike introduced and focused its marketing efforts on the Air Jordan 1. However, since 2020’s introduction of the “New Beginnings” pack which featured the Air Ship’s return, several new looks on the shoe have surfaced, including a very limited collaboration between A Ma Maniére and Jordan Brand. Interestingly enough, the silhouette still bears its traditional Nike branding while finding itself designated to Jordan Brand, as indicated by the sneaker’s sockliner.

Now, after a first look at the “Team Orange” colorway surfaced in July, the Swoosh has officially revealed the pair. Staying true to its traditional form, the Air Ship arrives in an upper constructed of leather. White occupies most of its space with “Team Orange” contrasting the look at the Swooshes, collar, tongue branding and the Jumpman located on the sockliner. An Air Jordan 1-styled sole unit is prepared in a white stitched midsole resting atop an orange rubber outsole.

A release date for the Nike Air Ship “Team Orange” remains to be announced. However, expect it to hit shelves this holiday season via Nike and select retailers at a price of $150 USD.

In other footwear news, a closer look at the Off-White™ x Nike Air Force 1 Mid “Graffiti” in white has surfaced.