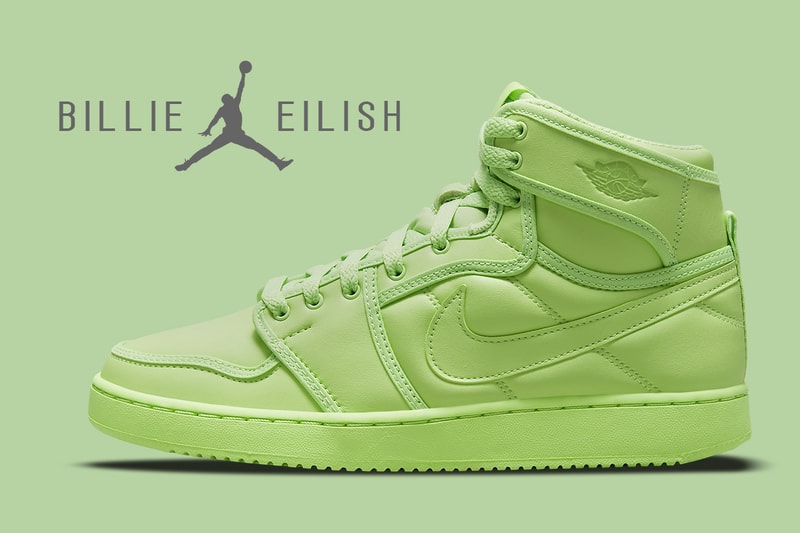 From the top of the tongue to the bottom of the outsole, Eilish’s Air Jordan 1 KO is covered in an icy volt green shade that glows in the dark. Uppers are composed entirely of leather save for the nylon tongue, quarter panels are bolstered with Swooshes and two thick seams and more double-stitched seams surround each piece of the upper for texture. Apart from the Swoosh, branding is provided by a debossed Air Jordan ball-and-wings logo on the lateral collar flap and Eilish’s signature Bloshsh logo on the tongue. There’s also a hidden hit on the insole, which spells out Eilish’s full name. Sneaker leakers have indicated the shoes also come packaged with a co-branded songbook for a nod to Eilish’s songwriting prowess.

An official release date and pricing info for the Billie Eilish x Air Jordan 1 KO has yet to be announced, but early reports have long placed its arrival on September 30, just days before her Happier Than Ever: A Love Letter to Los Angeles documentary makes its debut. Eilish is also working with Jordan Brand on a special Air Jordan 15.