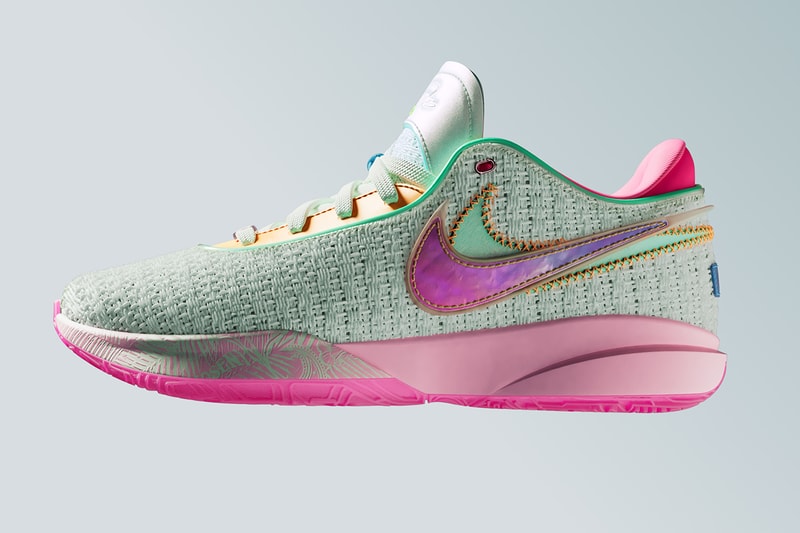 Entering his 20th season in the Association with a new head coach and new personnel on his squad, LeBron James is locked in and ready to hunt down his fifth championship ring. And of course, with a new batch of 82 games set to be played, The King is going to have new footwear to lace up all year long, his go-to being his newest Nike signature sneaker: the LeBron XX. After lacing up the shoe for various summer workouts and pro-am appearances, the NBA veteran and Nike have officially unveiled the Jason Petrie-designed kicks.

The LeBron 20 is the first of James’ signature line to debut as a low-top, and features various elements that nod to his past models. A carbon fiber mid-foot shank returns for the first time since the Zoom LeBron 5 and James’ Dunkman logo rests on the outsoles and reappears after last being seen on the LeBron 16. Uppers are fitted with double-stacked Swooshes, “XX” lace dubraes, crown logos on the heels and his signature on the tongues. Forefoot sections of the midsole have been dressed with all-over patterns and host “Chosen1” branding for extra flair and the entire bottoms are supported by an Air Zoom Turbo unit.

“We saw the XX as a chance to celebrate the next 20 years for LeBron,” says Jason Petrie, Senior Footwear Designer for Men’s Basketball and lead designer of the LeBron line since the Zoom LeBron VII. “The stitched tag inside the tongue says, ‘Designed and Engineered to the Exact Specifications of the Next Generation.’ We took that line seriously as we designed the shoe. We had players like LeBron’s sons Bronny and Bryce in mind. We wanted to get in their heads and learn about what young players were looking for.”

The Nike LeBron XX “Time Machine” colorway drops in adult and kids sizes come September 29, and more colorways are expected to launch throughout the Holiday 2022 season.

In other news, the Nike Air Max 1 “Magma Orange” has been revealed.