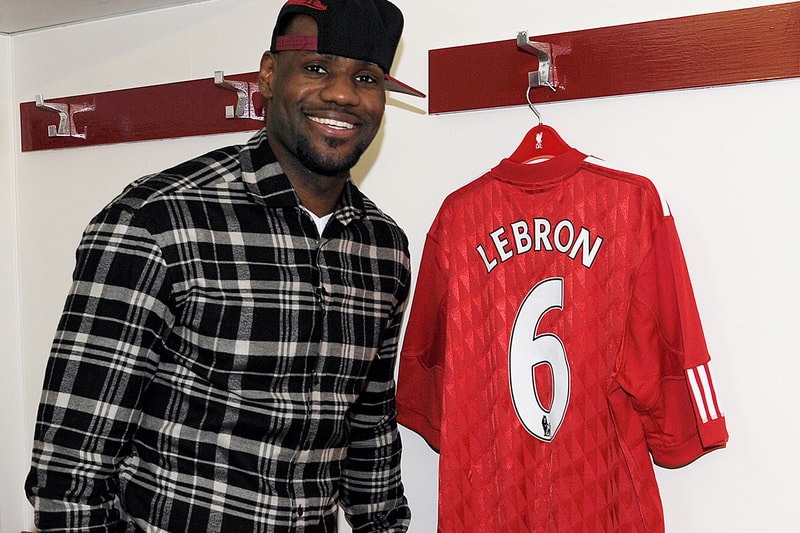 According to Liverpool Chairman Tom Werner and Fenway Sports Group, Nike is planning on creating a product line with LeBron James and Liverpool F.C.

Liverpool F.C. discontinued their sponsorship deal with New Balance in 2019, and since then has entered into a new multi-million dollar contract with Nike. Coincidentally, Lebron James, who is one of the Swoosh’s biggest athletes, happened to agree on a marketing deal with Fenway Sports Group in 2011, in which he acquired a two percent stake in the Premier League football club. James and his business associate Maverick Carter later joined FSG as partners early this year as Liverpool continues to grow in value following the club’s  2019-2020 Premier League championship title.

Seen rocking the Liverpool kit throughout the years and showing support for the team on social media, Lebron’s relationship with Liverpool now materializes as the club’s Chairman Tom Werner announced, “We’re doing a product line with Lebron and Liverpool. Nike is creating seven or eight products that connect LeBron with soccer.” Werner continues by saying, “I don’t know specifics yet, but they’re going to create seven or eight products that rival the connection that Michael Jordan has with Nike.” Nike’s Air Jordan brand has been producing the official kits for Paris Saint-Germain since 2018 with Michael Jordan himself reportedly receiving five percent of each uniform sale.

Stay tuned as more details emerge regarding what the new partnership will entail.

LeBron’s set for a collab with Liverpool ? @brfootball pic.twitter.com/1J5z3fCXcR