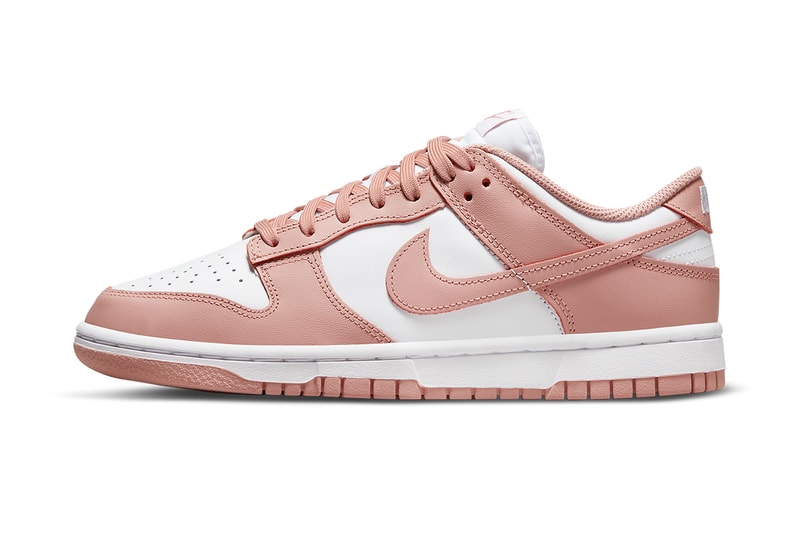 If there’s one thing that’s clear about the plans of Nike moving forward, it’s the fact that the Dunk won’t be going anywhere anytime soon. And with the Spring season arriving in just a few months time, the Swoosh is preparing a vast array of new colorways that align with the seasonal shift, one being the Nike Dunk Low “Rose Whisper” for the ladies.

The forthcoming iteration is dressed with a standard two-toned arrangement, and effectively merges brighter neutrals with floral-friendly pastels. Uppers are devised with an equal mixture of a crisp white and “Rose Whisper” hues. The former lands on areas such as the perforated toe boxes, mesh tongues, mid-foot sections and the ankle collars while the latter applies to the overlays, Swooshes, laces, and interior lining. Traditional branding is present atop the tongues which features a Swoosh hit in its titular shade, and the embroidered “Nike” lettering on the back contrasts with white. Bottoms follow the exact same palette as the midsoles arrive with white skin while the treading comes supplied with a rosy exterior.

Nike has yet to reveal when these will be dropping, but it’s likely that these could debut sometime during Spring for $100 USD.