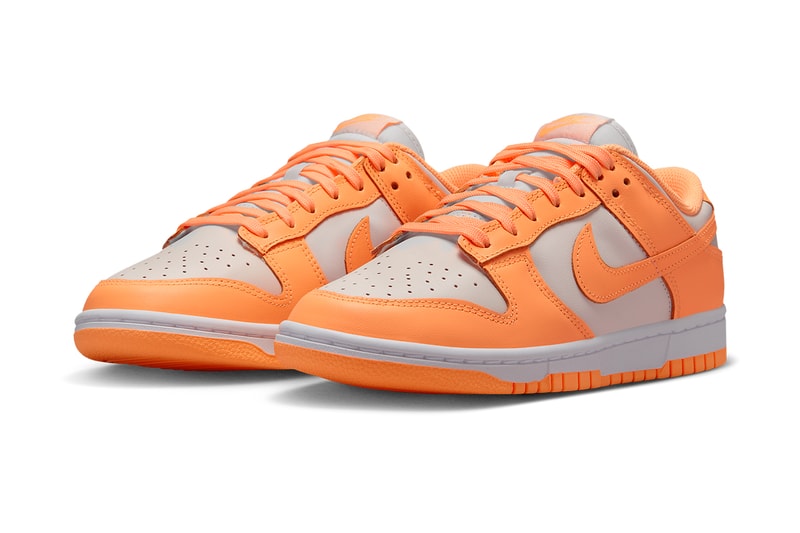 You can say what you want about the Dunk and how Nike keeps releasing too many colorways, flooding the market with the “Panda” makeup and dropping a plethora of collaborations, but note that the Swoosh is going to keep this train moving along as long as it’s raking in the big bucks. In this second half of 2022 and beyond, the Swoosh team will be pushing out a variety of fresh Dunk styles, one being this Nike Dunk Low “Peach Cream” installment that has just been unveiled by way of official imagery.

From afar these may appear similar to the model’s “Laser Orange” offering that released in 2021 as it also features that shade across the Swooshes, laces, interior liners, Swooshes and the treading. However, the tongues, toe boxes, quarters and collars deviate with their creamy exteriors which subtly tone down the sneakers’ overall palette. Tongues and heels usher in their traditional Nike branding, and the midsoles break up the arrangement with their all-white outers.

Check out a in-depth look at the pair in the gallery above and be on the lookout for Nike to release these in the upcoming months.

If you’re looking for other footwear news, the Nike Dunk High “Panda” has been given a vintage-esque makeover.