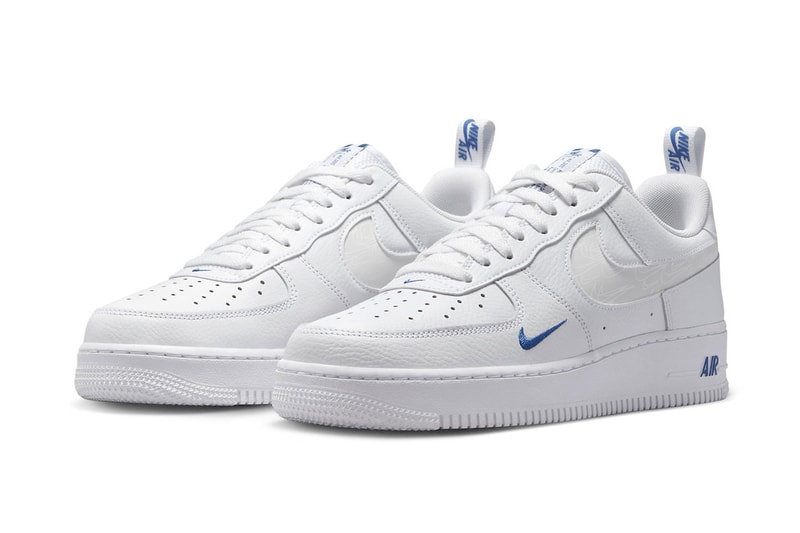 Another crisp, white iteration of Nike‘s classic Air Force 1 silhouette has surfaced, this time adding just enough subtle details to separate it from the rest.

In line with the 40th anniversary of the shoe, Nike has released a clean pair of the Air Force 1 Low, featuring a white leather upper and mesh tongues. Details of the branding are highlighted in blue, including the heel tabs, the tongue label and the mini Swoosh on the lateral toe on the upper and the “AIR” branding on the midsole. The main Swoosh is made with reflective 3M material where many mini-Swooshes fill up the larger Swoosh. The shoe sits atop a solid white rubber outsole to round out the design.

Take a look above at the new Air Force 1 Low in white and watch out for the release arriving in coming months at select retailers and on Nike.

In other footwear news, Nike Dunk Low gets a clean “Peach Cream” makeover.