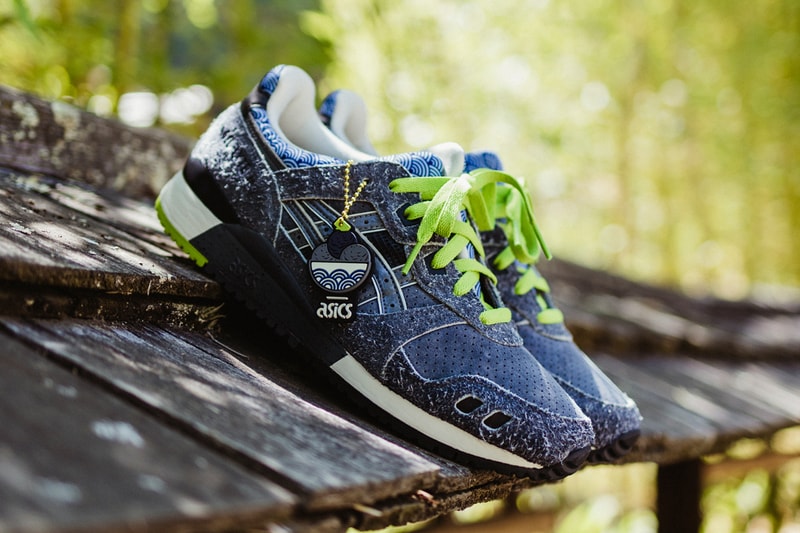 Last year, Nice Kicks and ASICS teamed up to outfit the GEL-LYTE III OG in a “Nice Cream” colorway. Now, the duo is pivoting from one dessert to another with a “Black Sesame” themed look on the silhouette. Paying homage to ASICS’ Japanese heritage, Nice Kicks chose black sesame as the focus. Additional points of inspiration include sometsuke bowls that desserts are often served in and green mint leaves which can be typically found as garnishes.

Looking at the sneaker itself, multiple materials outfit the mostly gray and black upper. A soft black suede serves as the base with black patent leather stripes on each side. The midfoot carries a black tonal net while additional overlays appear in a gray shaggy suede. Final detailing on the upper includes ASICS and Nice Kicks logos at the heel, green laces inspired by mint leaves and a blue seigaiha pattern at the collar. Rounding things out, the midsole toggles between off-white and black with the rubber outsole transitioning from black at the toe to green at the heel with gray in between.

Release for the Nice Kicks x ASICS GEL-LYTE III OG “Black Sesame” is scheduled for September 29 via Nice Kicks and its retail locations.

In other footwear news, atmos has teamed up with ASICS once again to outfit the GEL-LYTE III OG in two python themed colorways.