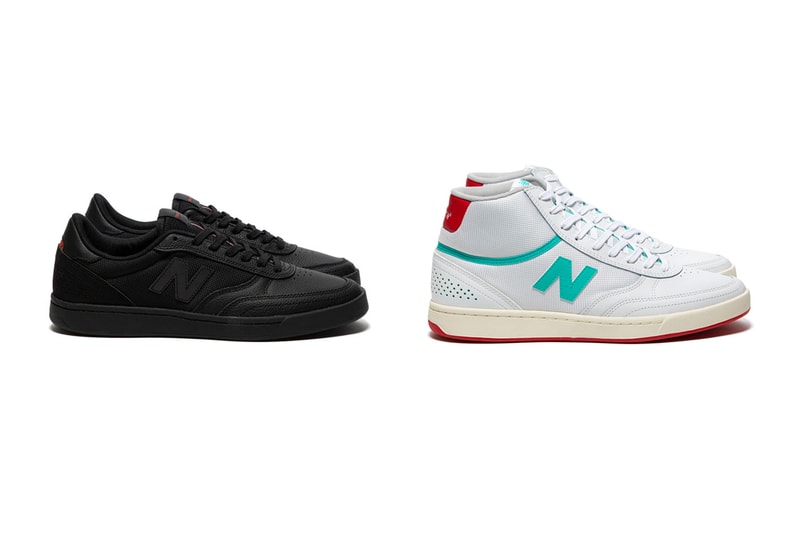 New Balance Numeric links up with Tom Knox once again to debut a two-pack punch of 440s in his signature colorway as well as a new high-top edition in red and white. The duo previously collaborated on the 440 pro and 440H utilizing variations of the black and orange scheme on reinforced uppers to combat the damp streets of London.

The new low-top 440 encapsulates 2020 released 440H with the same all-black makeup complete with a combination of tumbled leather, suede and mesh uppers with a reinforced toe box to prevent wear and tear during skate sessions. Hints of orange detail the shoe as a strip of TPU lines down the tongue and accents the branding elements found on the tongue label and heel tab. A C-Cap heel wedge is added to the midsole to lessen the impact upon landings which sits over an NDurance rubber outsole.

Embracing a brighter construction, the 440H is shaped up in predominantly all white with the same mix of materials as the former with a turquoise hue popping from the stripe detail running across the ankle, tongue embellishments and lateral “N” logo. A shade of red adds a subtle contrast to the shoe from the heel tab, tongue and outsole below an aged-like midsole.