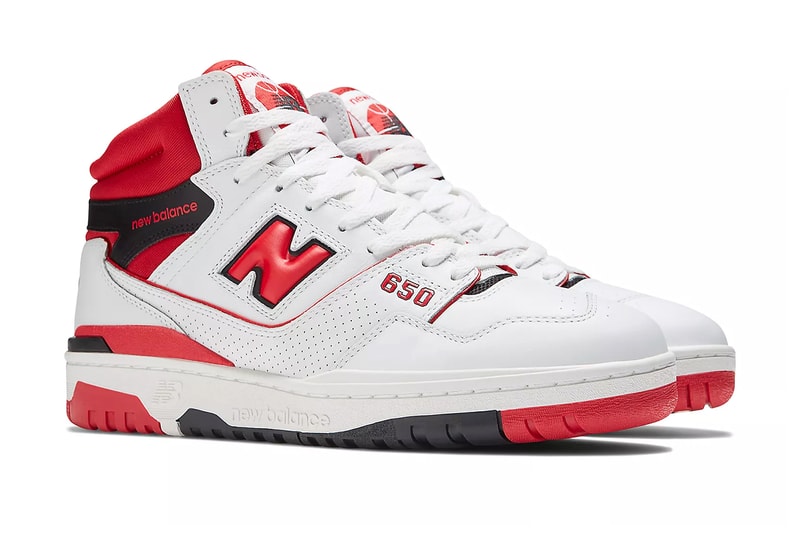 After giving the 550 a chance to soak in the spotlight with a vast array of collaborations and GRs, New Balance is now turning over the keys to high-cut counterpart in the 650 and giving it a chance to shine. The Boston-based sportswear imprint has brought light to two inline colorways that will be capping off the brand’s Summer output.

Each iteration in this launch bears somewhat of a collegiate feel as each comes prepared with mostly white leather uppers and come offset by bold accents. The first offering is styled up with bold red hits that disperse to the N logos, 650 branding that is planted on the forefoot, basketball logos on the tongues, collars, lower midsole molds and certain panels along the treading. Subtle solid black accents also make an appearance atop the NB tongue letters, collars, treading and trim around the N logos. Its release sibling essentially follows the same design presentation but features royal blue accents.

Interested in copping? These 650s are slated to launch via New Balance on September 15 for $140 USD a piece.