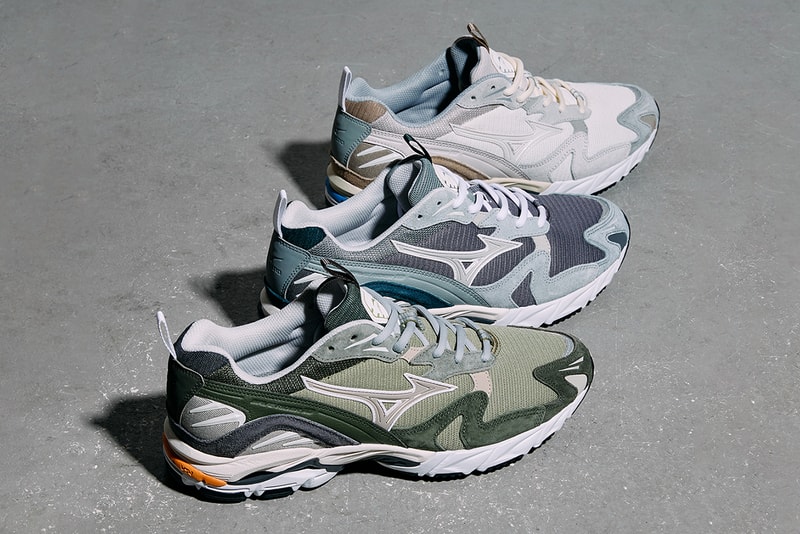 In celebration of the 10th anniversary of the Mizuno Wave Rider series, the brand unveiled its all-new Mizuno Wave Rider 10 — a hybrid that can be utilized for running or laced up for lifestyle purposes. It recently was filtered through collaborative partners Footpatrol and BEAMS, and to end the month of September with a bang, the two-way offering is now being proffered in a trio of new general release colorways.

First up on the roster is the “Cedar/Papyrus” iteration. This comes fitted with different shades of olive green, the lighter of which covers most of the upper while the darker tone takes shape on the leather and suede overlays. A pop of “Papyrus” can be seen on the mold that sits on the back end of the midsoles to add some fall-friendly flair. Next on the roster is the “Irongate/Light Rock” colorway. This installment comes formed with cooler blue tones that alternate in shading between its various overlays while the mesh underlays are treated with its titular tone. The “Snow White/White” variation is the brightest of the bunch as it bears a wintery ensemble. Angelic base layers are paired with cool gray and dusty blue overlays, creamy laces and small notes of beige parked on the rear.

If you’re interested in copping, select retailers across Europe like Footpatrol and Hanon are dropping these on September 23.

For other sneaker news, check out a look at Mizuno’s “Bareclutch” shoes for driving.