The new monarch wiped away tears during the service as he sat with other members of the royal family, including sons Prince William and Prince Harry and wife Queen Consort Camilla.

Prince Edward’s wife, Sophie, Countess of Wessex, was also seen patting her eyes with a tissue, while those around her appeared sad, but remained stoic.

Prior to the ceremony, there was a pre-funeral reception at Buckingham Palace hosted by King Charles III and Queen Consort Camilla.

Last week, it was reported that Harry, 38, and Markle, 41, were not invited to attend that event.

The Duke and Duchess of Sussex were reportedly informed that only working British royals were welcome.

After the state funeral, there will be another, more private, service held in Windsor before the late monarch is buried with her husband Prince Philip, who died in April 2021.

The legendary monarch, who had a historic 70-year reign, struggled with mobility issues after overcoming COVID-19 in February 2020.

Then in early September, the Palace signaled that the Queen’s health had taken a turn for the worst as she was under “medical supervision.”

After Queen Elizabeth passed away, her son, King Charles III, replaced her as the head of the monarchy.

He said in a personal address to the privy council, “It is the greatest consolation to me to know of the sympathy expressed by so many to my sister and my brothers and as such overwhelming affection and support should be extended to our whole family in our loss. To all of us as a family. 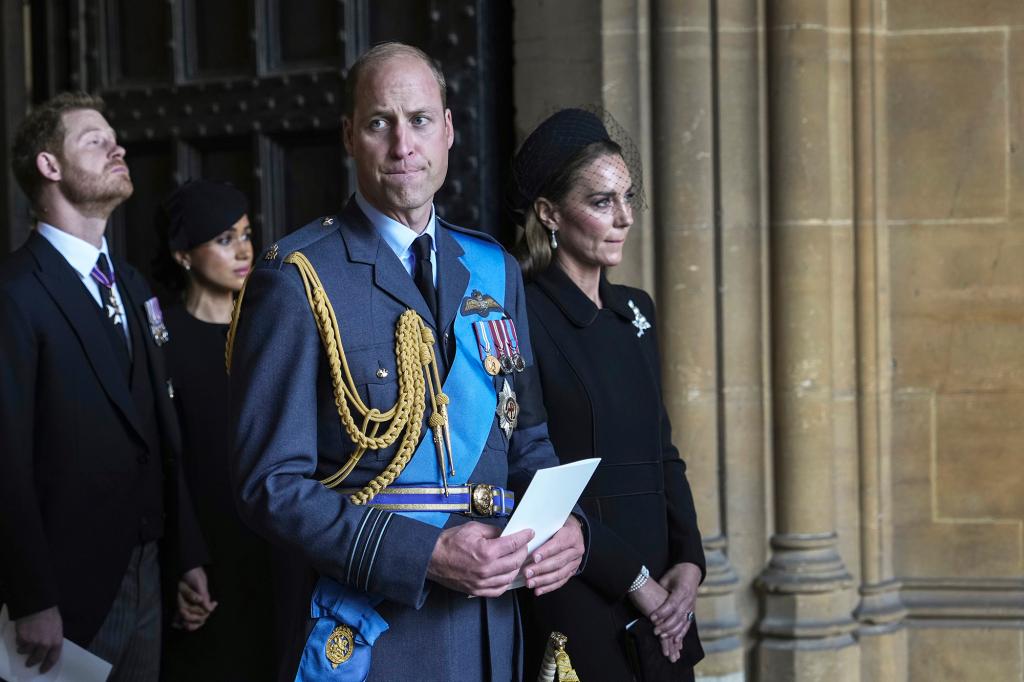 The family has been grieving the loss of the Queen since Sept. 8. 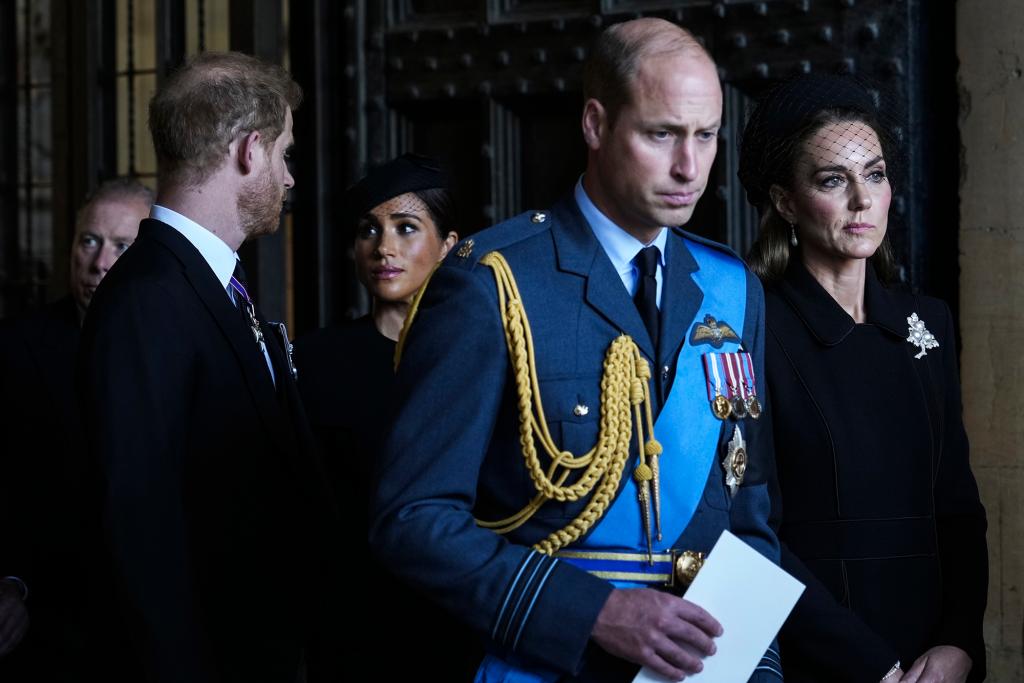 The family has been grieving the loss of the Queen since Sept. 8.

Hoda Kotb conducted the most recent interview with Prince Harry,…

“My mother’s reign was unequaled in its duration, its dedication and its devotion. Even as we grieve we give thanks for this most faithful life. I am deeply aware of this great inheritance and of the duties and heavy responsibilities of sovereignty which have now passed to me.”

The King, Queen Consort, Prince William, Middleton, Harry and Markle all gathered to receive the late monarch’s coffin at the palace together.

Harry issued an emotional statement after his grandmother’s death.

He said, “Granny, while this final parting brings us great sadness, I am forever grateful for all of our first meetings — from my earliest childhood memories with you, to meeting you for the first time as my commander-in-chief, to the first moment you met my darling wife and hugged your beloved great-grandchildren.

“I cherish these times shared with you, and the many other special moments in between. You are already sorely missed.”

For four days prior to her state funeral, the public was allowed to pay their respects to Her Majesty in Westminster Hall.

Soccer star David Beckham was seen paying his respects and noticeably teared up.