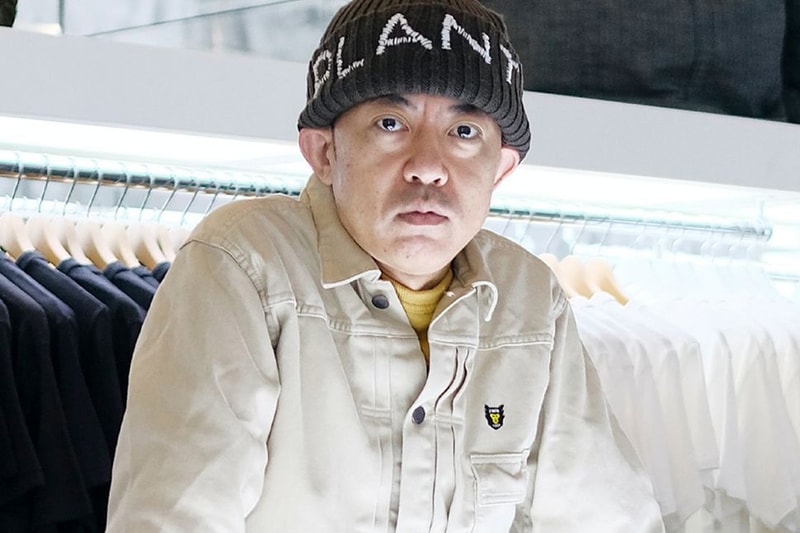 LVMH has officially announced that streetwear veteran NIGO will be KENZO‘s next artistic director. This marks the first time the house will have a Japanese designer at its helm since the late Kenzo Takada resigned from his namesake brand in 1999.

NIGO — who is best known for his brands A Bathing Ape and HUMAN MADE — will succeed Felip Oliveira Baptista, who departed the brand in June after two years as the brand’s artistic director.

In a recent statement regarding his new role, he made note that he stepped foot into the fashion industry the same year LVMH acquired KENZO and calls his role in the brand the “greatest challenge of [his] 30-year career.”

LVMH fashion group’s CEO Sidney Toledano has welcomed the newly appointed artistic director stating, “The arrival of an extremely talented Japanese designer will allow us to write a new page in the history of the House that Takada Kenzo founded. I am convinced that the creativity and innovation of Nigo, as well as his attachment to the history of the House, will fully express all the potential of Kenzo.”

NIGO is set to start at the label on September 20, one week before the start of the Spring/Summer 2022 season of Paris Fashion Week.

KENZO is pleased to announce the appointment of @nigoldeneye as Artistic Director of the House. #KENZONIGO pic.twitter.com/VLDUFThvDU

The LVMH Group is pleased to announce the appointment of Nigo as Artistic Director of Maison @Kenzo.

In other fashion news, check out how Twitter reacted to the Met Gala outfits.