Kendall Jenner isn’t afraid to let it all hang out.

The reality star has been the highest-paid model in the style industry for the past several years running, but she wasn’t always so renowned.

Back in 2014, she walked her first high-fashion runway for Marc Jacobs — dressed in a sheer, nipple-baring sweater that caused quite the stir.

“I remember getting a call from my agent saying that Marc and Katie [Grand, the show’s stylist] wanted to put me in this kind of sheer top, and I was like, ‘I’m game. I don’t mind. I’m all good with the nipple,’” Jenner, 26, told Vogue for the mag’s “Life in Looks” video series.

“I was pretty chill even though my boobies were out,” she added. “It didn’t make me any more nervous. I genuinely was just like, ‘Dope, whatever they want, it’s their vision, let’s do it.’ So I was completely comfortable.”

The catwalker recalled that while she got walking lessons from her agency before the big night, she still ended up “really stiff” on the runway — but didn’t have any pre-show jitters.

“I actually could not believe that I was there. Weirdly had little nerves, and I think it was because my shoes were relatively flat — they weren’t some big, tall heel,” Jenner said.

But the 818 Tequila founder wasn’t always so self-assured; she also looked back at her first Met Gala appearance that same year, for which she wore a mermaid-style Topshop gown.

“I was using [sister] Kim [Kardashian]’s hair and makeup people so … I [felt] like [I was] embracing this woman side of me, and it’s so funny to look back at this moment now and be like, ‘Oh my god, you were such a kid at the time.’”

Jenner added that she “was definitely really nervous” because she only knew Kim and then-husband Kanye West at the event, both of whom checked on her throughout the night.

These days, the Met Gala is full of Kardashian-Jenners, which Kendall called “the best thing ever.” 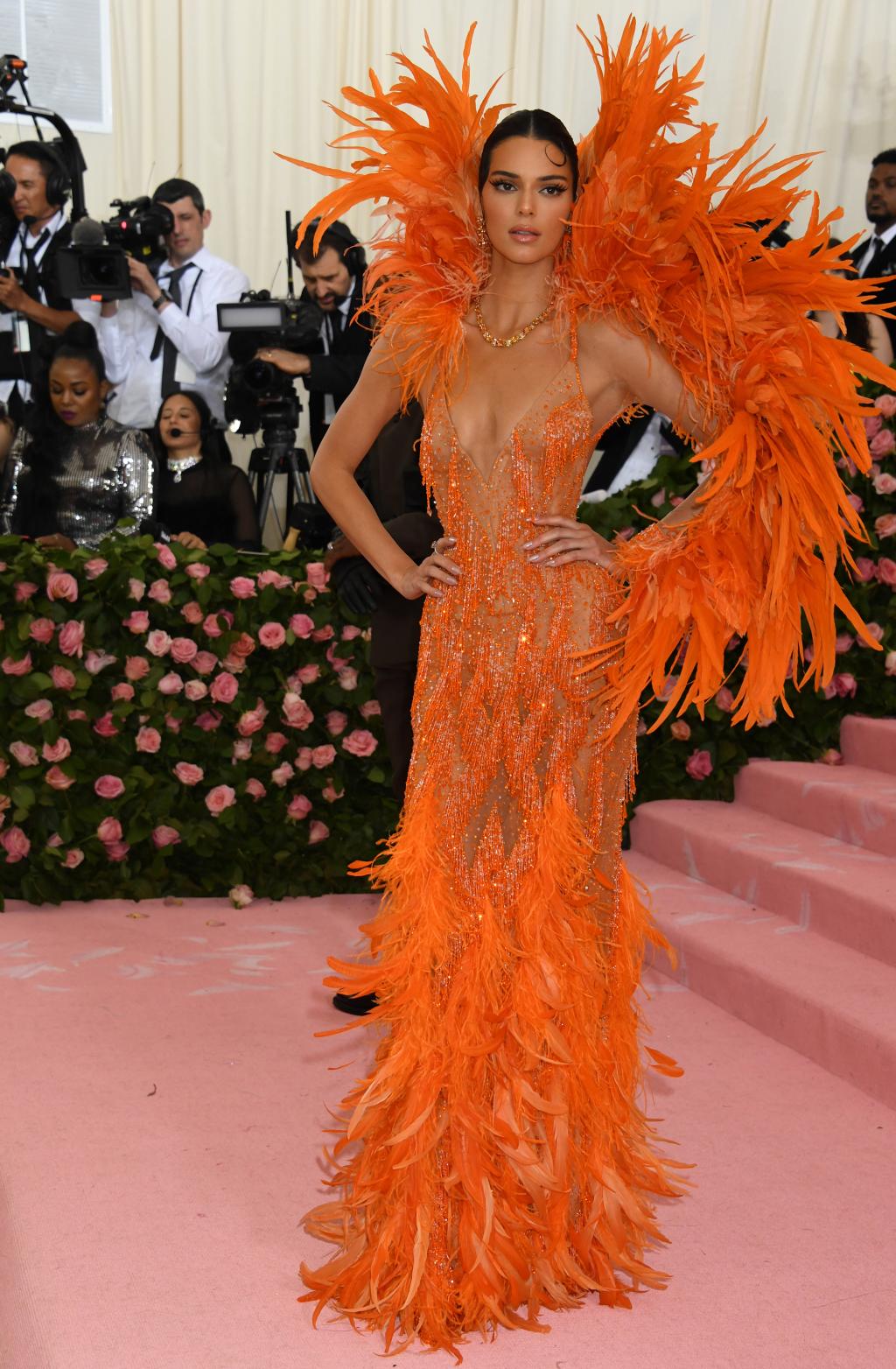 Jenner now attends the Met Gala as one of the night’s biggest stars, along with her sisters and mother. 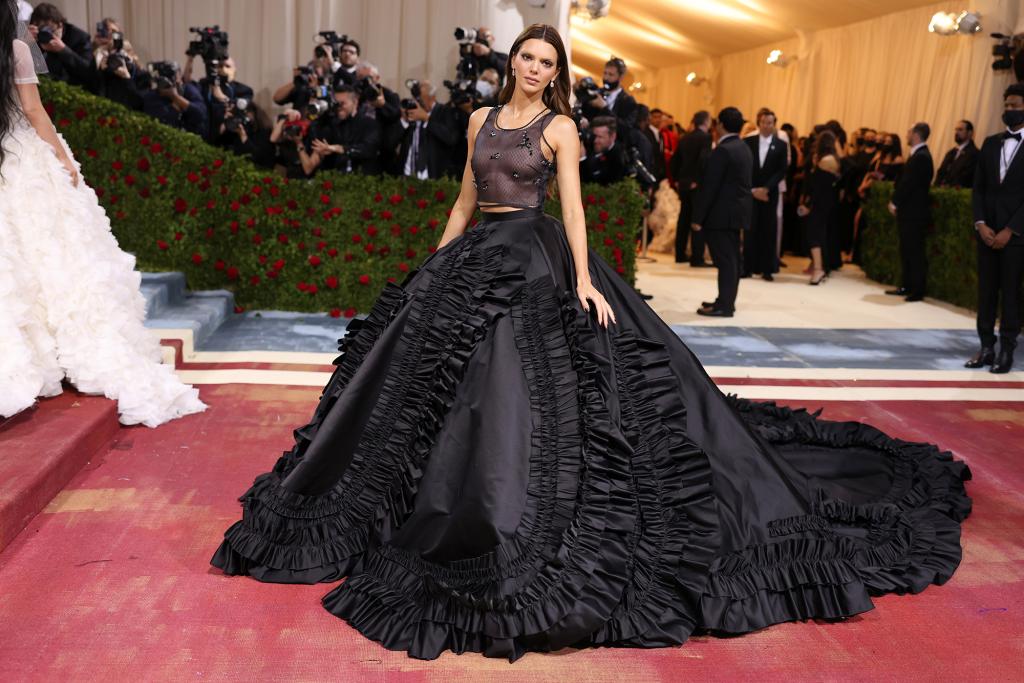 Jenner now attends the Met Gala as one of the night’s biggest stars, along with her sisters and mother.

“Motherhood is by far the coolest thing I’ve ever done…

She’s found her confidence as her personal style’s evolved, too.

“I look back at even the first little girl that we saw and how uncomfortable she was. And even the girl in 2014 at the Met Gala,” she said. “And then coming into this girl who’s like a lot more, ‘I’ve found myself as a woman, I’ve found myself’ … It’s cool to see.”