The Queen’s pearls live on.

Prince William and Kate Middleton headed to Sandringham — Queen Elizabeth II’s private estate — today to greet members of the public, and the princess paid a touching tribute to her late grandmother-in-law with her jewelry.

The 40-year-old royal sported a pair of Queen Elizabeth’s famous pearl earrings with a diamond stud as she viewed an overwhelming number of floral tributes to Her Majesty, who died at the age of 96 on September 8.

While they resemble the pearl button earrings the late queen wore on an almost daily basis, this style — known as the “Silver Jubilee Pearl Earrings,” according to The Court Jeweller — features a larger diamond stud with a teardrop-shaped pearl hanging from them, as opposed to the larger, round pearl earrings Queen Elizabeth typically wore.

The earrings were worn during Her Majesty’s Silver Jubilee in 1977, per The Court Jeweller’s Lauren Kiehna, and Middleton borrowed them on a historic 2016 trip to the Netherlands — her first solo trip abroad.

Along with the meaningful pearls, the Princess of Wales wore a diamond cross pendant and a long black coat — a bespoke piece by Catherine Walker — which she left unbuttoned, revealing a black dress with a pleated midi-length skirt. 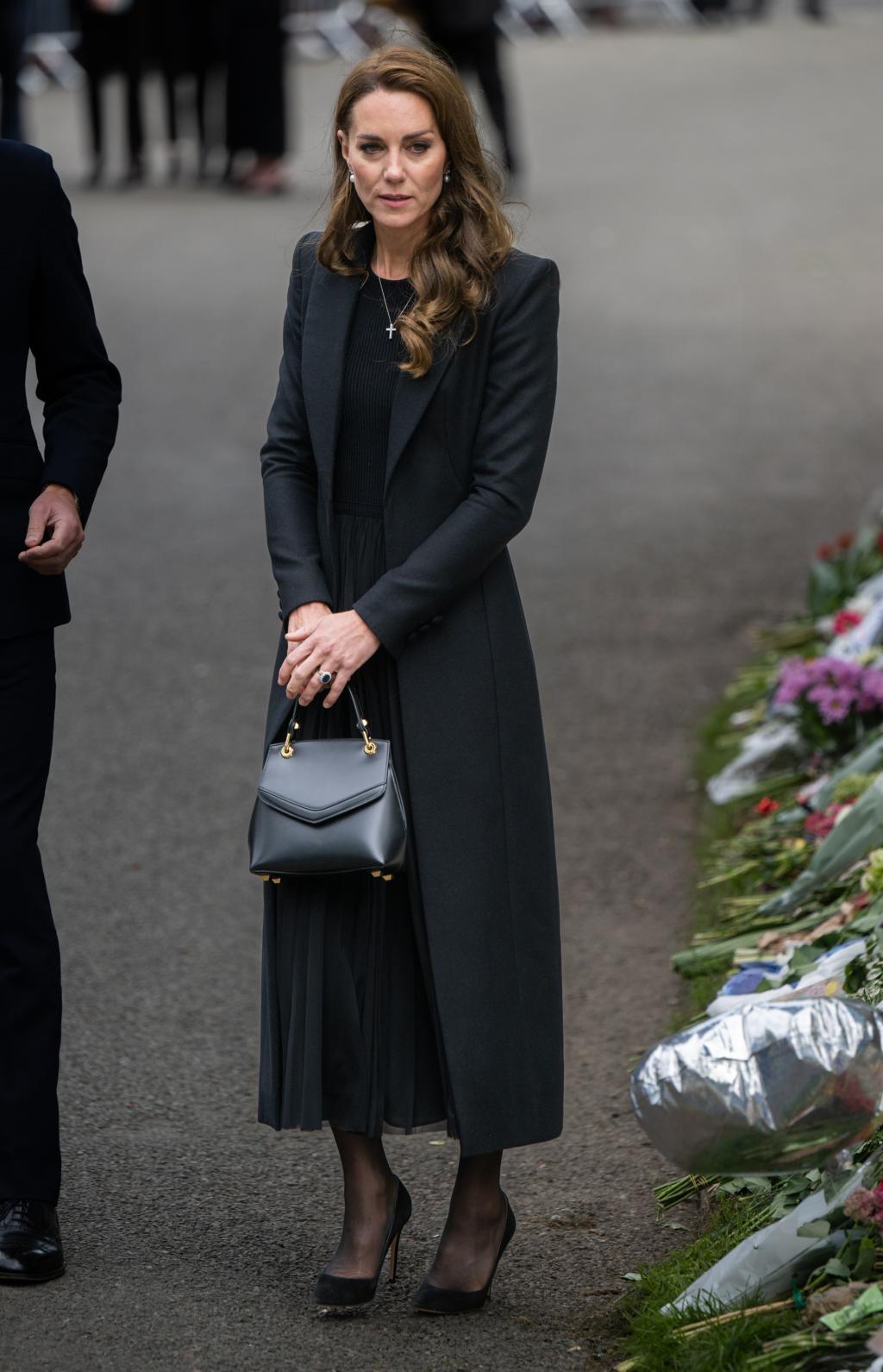 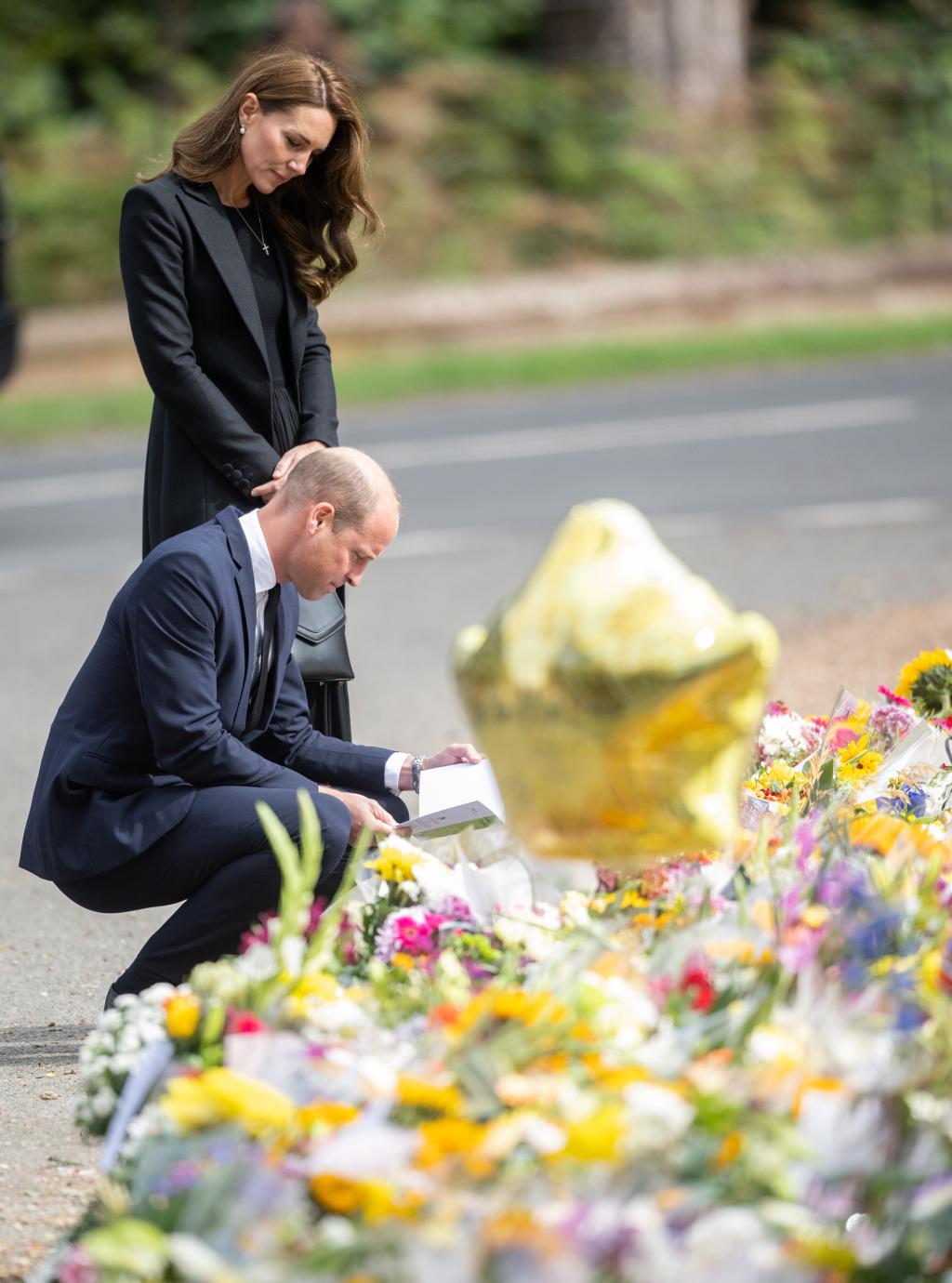 Prince William knelt down to read tributes to his grandmother. 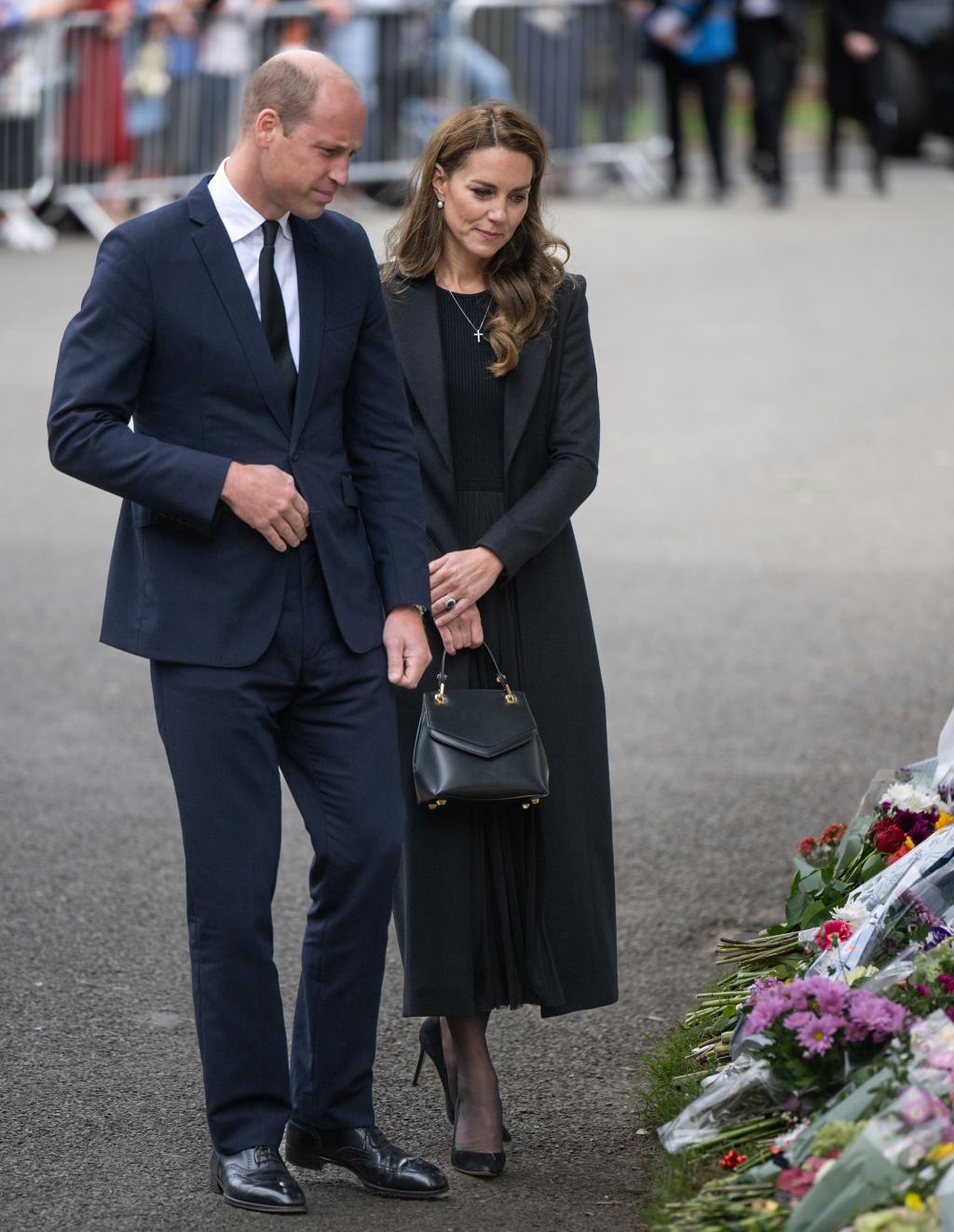 The couple spent time viewing flowers and gifts left outside the Sandringham gates.

This wasn’t the first time during the mourning period we’ve seen the mom of three wear the Queen’s pearls — she sported one of the late monarch’s diamond-and-pearl brooches for yesterday’s procession to Queen Elizabeth’s lying in state, and on Tuesday, she wore a triple-strand necklace that might have been one of Her Majesty’s.

Other members of the royal family, including the Queen Consort, Princess Anne, Meghan Markle and Zara Tindall also donned pearl jewelry this past week, which is often worn during periods of royal mourning.

“Pearls have been long associated with royalty,” Maxwell Stone of leading UK jeweler Steven Stone told Page Six Style, adding that Princess Anne wore a pair of pearl earrings that were given to her by her parents in the 1960s to accompany her mother’s coffin on its journey.

Calling it an “incredibly heart-warming” choice, Stone said the studs — known as the Grima Pearl Earrings — “possess a huge amount of sentimentality” as she wore them to her 1992 wedding and also to her father’s funeral in 2021.

Queen Elizabeth II will be laid to rest on Monday, September 19 at Westminster Abbey.