Kate Middleton shot icy glares at Meghan Markle over the weekend at Windsor Castle to “freeze” her out, according to a body language expert.

“Quite unlike the confident Meghan we know, Meghan appeared ill at ease during this encounter, which is not surprising given the recent criticism that she has faced,” Katia Loisal told Australia’s Seven News.

She pointed out that Middleton’s husband, Prince William, appeared to make an effort with his sister in-law — but claimed that the newly appointed Princess of Wales’ stares made it look as though she was trying to “freeze out” Markle.

“On numerous occasions Meghan looked over at Kate, however, the gaze wasn’t reciprocated,” Loisal said, adding that Middleton appeared to “look through” Markle instead.

Loisal believes Middleton, 40, was successful in her seeming intent to make Markle, 41, uncomfortable.

“Meghan’s hand lifted hesitantly as if to wave, but stopped mid air, rather pausing to adjust her hair, her head and gaze lowered, before looking up and giving a quick wave, her arm coming back to rest in front of her body in a partial arm barrier,” the body language expert explained.

Another body language expert, Judi James, told the Daily Mail that she observed “no signs of affection” between William, 40, and Middleton and Markle and her husband, William’s younger brother Prince Harry.

The two couples’ reunion at London’s Windsor Castle on Sunday marked their first time being seen in public together since Commonwealth Day on March 9, 2020, prior to the COVID-19 lockdown. 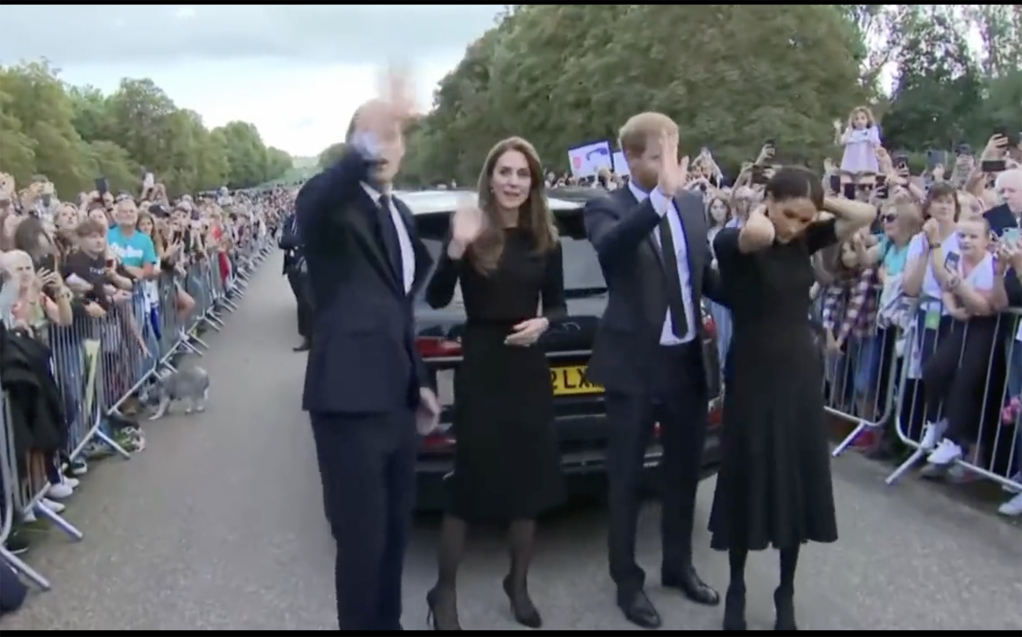 The tense moment was caught on camera during the women’s London reunion with their respective husbands, brothers Prince William and Prince Harry. 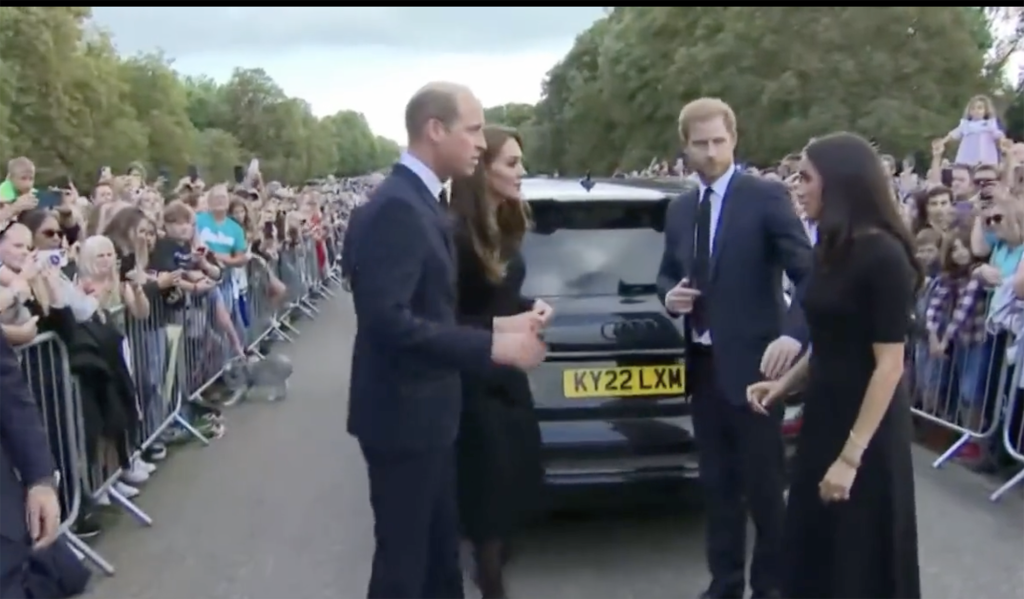 The tense moment was caught on camera during the women’s London reunion with their respective husbands, brothers Prince William and Prince Harry.

While greeting crowds who gathered to mourn the Sept. 8 death of Queen Elizabeth II, Middleton and Markle appeared to avoid making eye contact with one another.

Once the outing came to a close, the women eventually made their way to separate vehicles with their respective spouses.

Markle and Middleton have sparked feud rumors over the years, most notably when the “Suits” alum claimed the latter made her cry before her 2018 wedding. 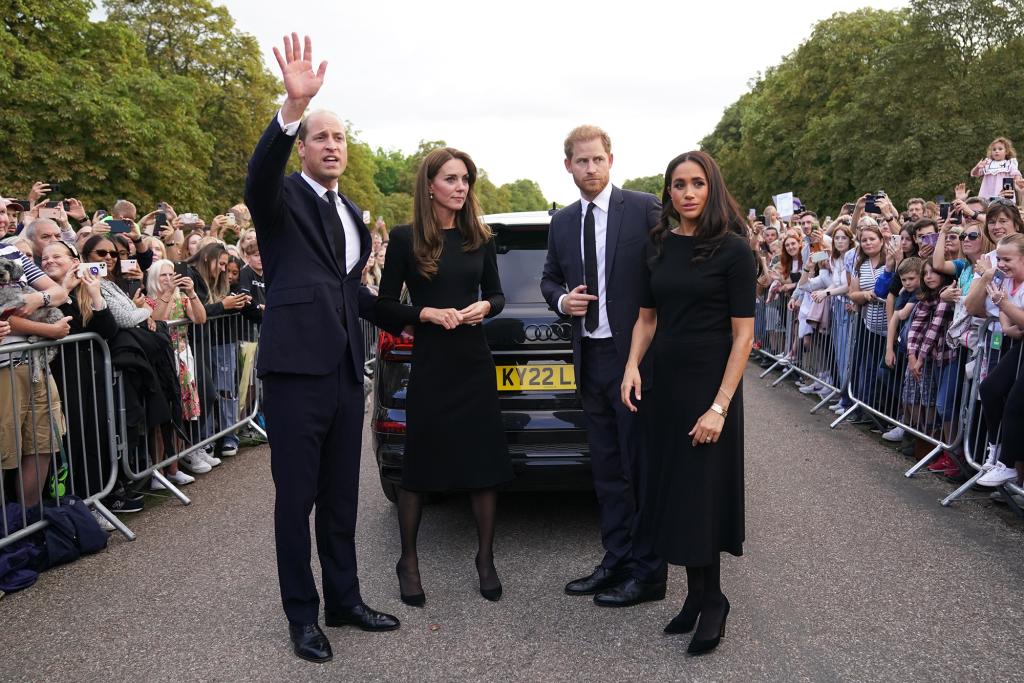 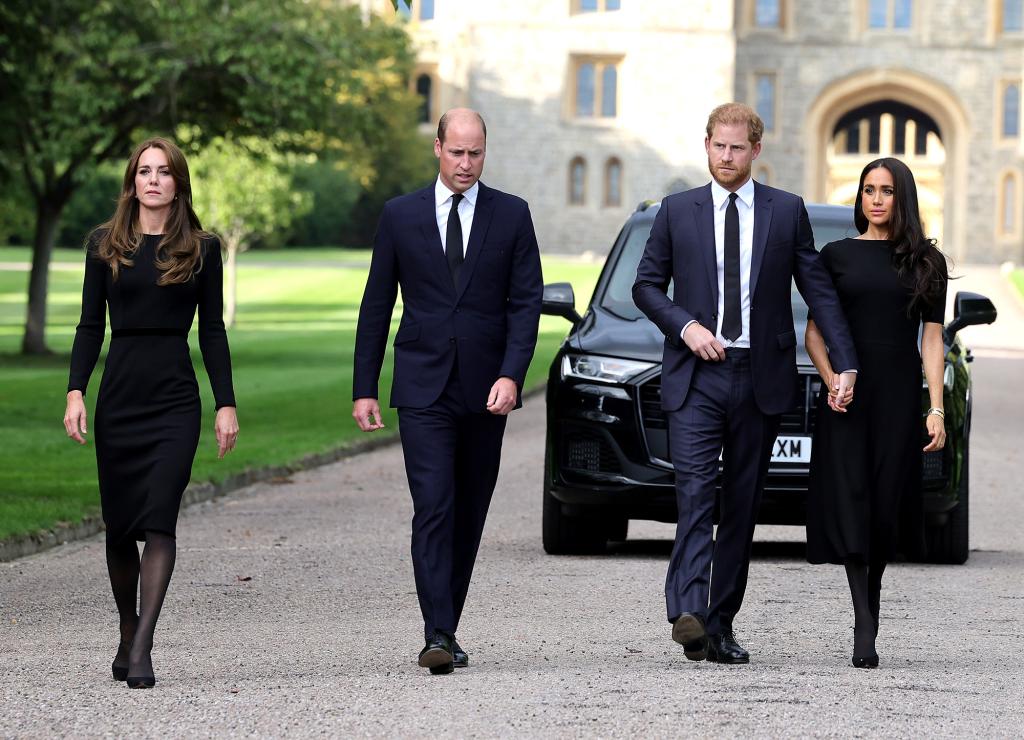 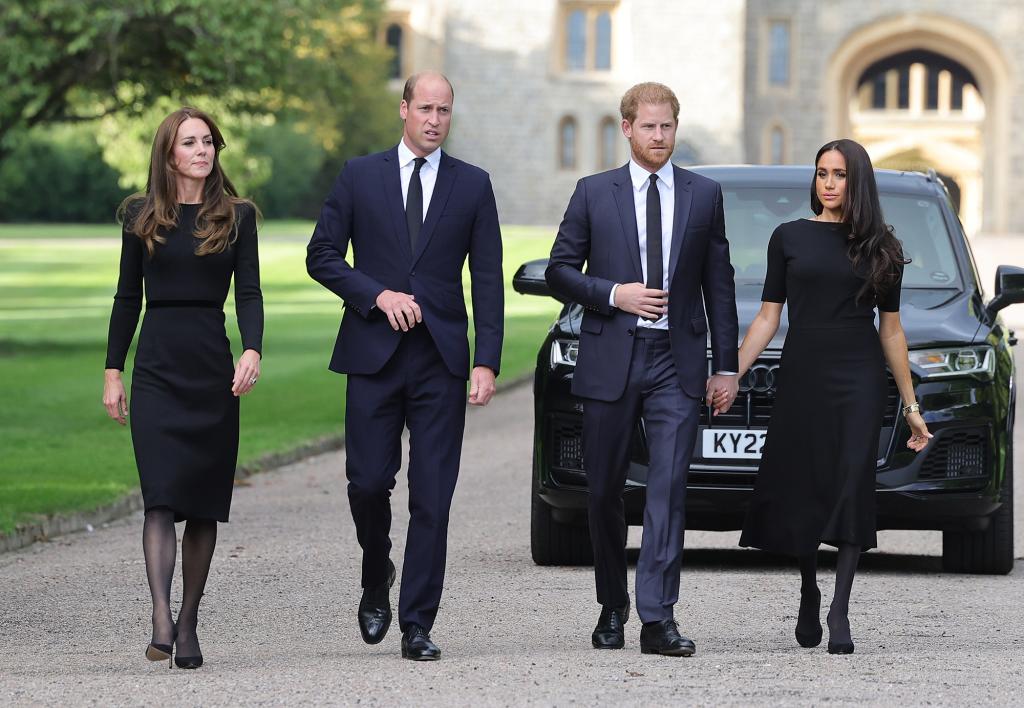 Harry, 38, and Markle caused a significant divide in the royal family after they infamously quit their royal duties in January 2020 and moved to California.

A royal source previously told Page Six that the family appreciates the “Fab Four” temporarily pushing their differences aside to honor the late queen.

“We are all very grateful — both sides putting all things aside for the Queen,” the insider shared.