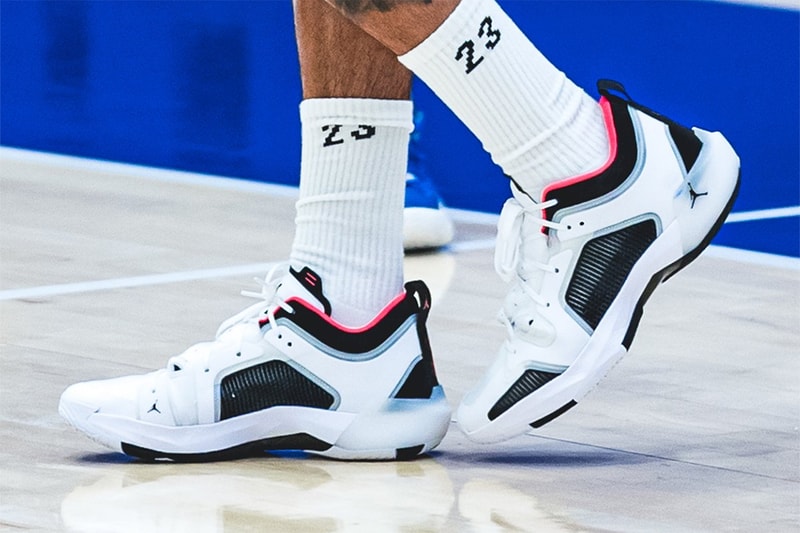 A new NBA season is just around the corner, and before the new 82 game batch kicks off, NBA players around the league are already starting to show off some of the newer hoop silhouettes. One that falls in that category is Jayson Tatum — who was recently spotted out sharpening his game at his alma mater Duke with the new Air Jordan 37 Low on his soles.

The Celtics star busted out a crisp colorway, one that mainly leans on neutral tones. A crisp white tone covers a majority of the ground here as it coats over the sleek synthetic overlays that cover the toe boxes, and wrap the heel areas. Solid black panels are exposed at the forefoot and quarters, both being fashioned with slits for ventilation purposes. Down south, the midsoles come accessorized with a milky mold towards the rear end and this is marked with a tiny Jumpman logo. Bold pops of pink also poke out through the interior liners and miniature tongue tabs.

No public release info has been announced for this hardwood-ready offering, but Nike and other retailers will likely be launching these later in 2022.