Jada Pinkett Smith is not keeping the word “bald” out of her mouth.

“Happy Bald is Beautiful day to all my brothers and sisters with no hair❣️❣️❣️,” she captioned the photo.

While her husband, Will Smith, famously slapped Chris Rock at the 2022 Oscars six months ago for his joke about Jada starring as “G.I. Jane 2” while reportedly not knowing about her alopecia, Jada first spoke of her hair loss struggle in 2018.

She revealed her diagnosis with the autoimmune disorder on her Facebook Watch show, “Red Table Talk.”

“I’ve been having issues with hair loss,” she said at the time. “It was terrifying when it first started. I was in the shower one day and had just handfuls of hair in my hands and I was just like, ‘Oh my God, am I going bald?’”

Added the actress, “It was one of those times in my life where I was literally shaking in fear.”

After “experimenting” with steroid shots to try to regrow her hair, Smith embraced the bald by buzzing it off in 2021 — inspired by daughter Willow Smith, who has also shaved her head.

Showing off a new bald spot in December 2021, the “Matrix” star said, “Mama’s gonna have to take it down to the scalp so nobody thinks she got brain surgery or something … Me and this alopecia are going to be friends … period!”

While she’s seemingly at peace with her condition, Jada also hopes Will and Chris Rock can come together, too. In an episode of “Red Table Talk” after the infamous slap, she said she really wants “these two intelligent, capable men have an opportunity to heal, talk this out and reconcile.” 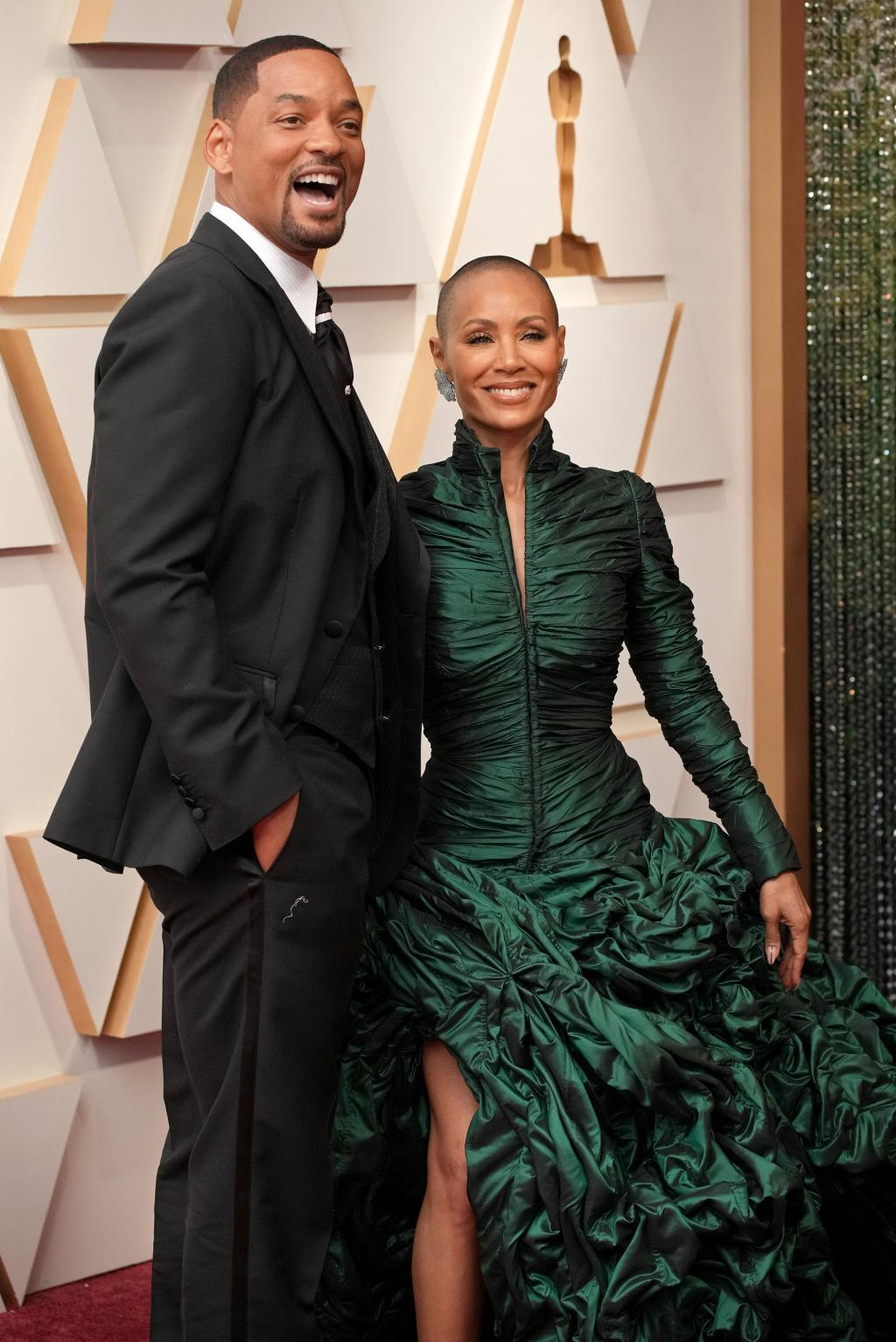 Will and Jada were all smiles on the Oscars 2022 red carpet before Rock’s joke during the show. 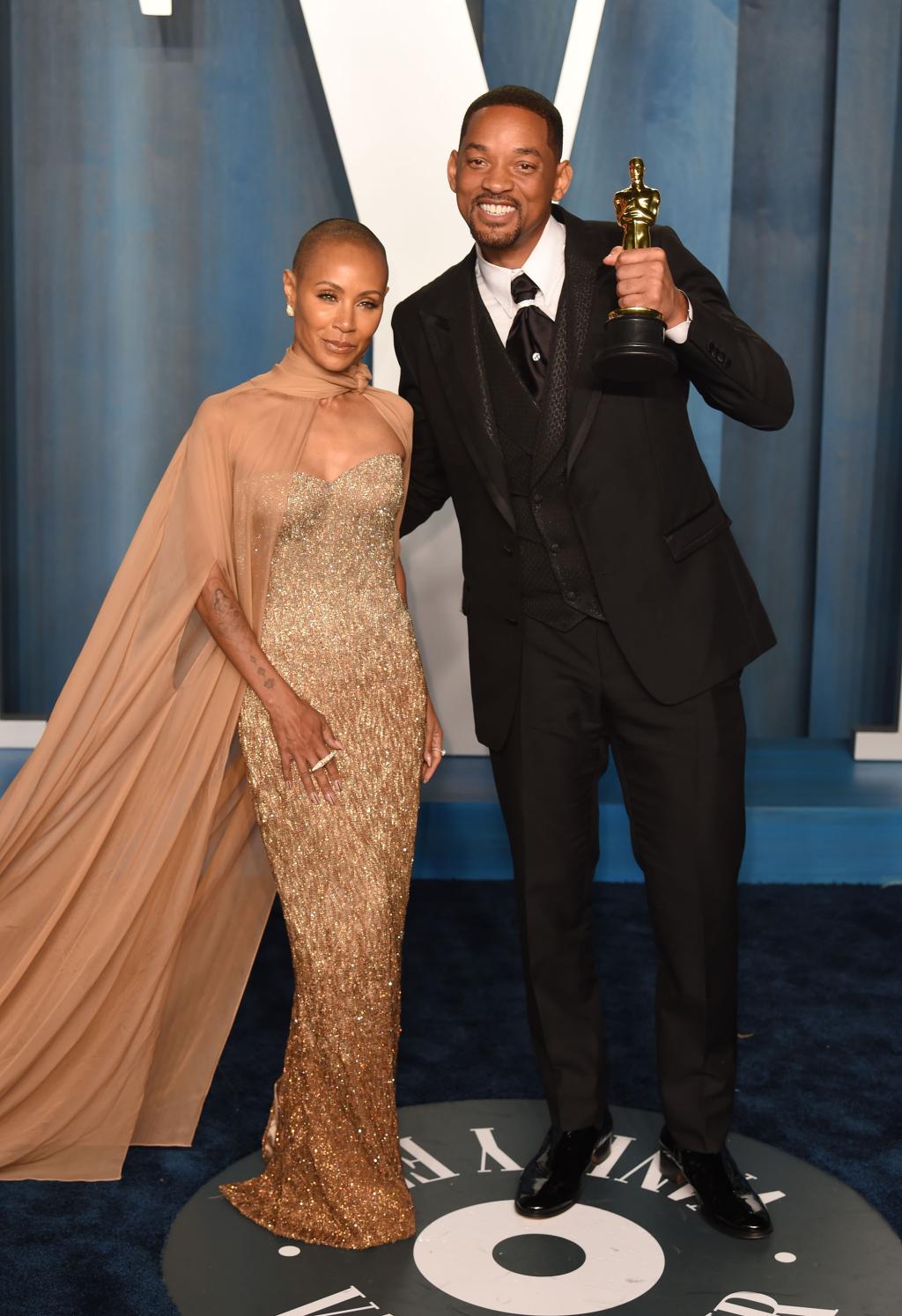 After the incident, Will was allowed to stay and accept his award for Best Actor, which he proudly showed off at the Vanity Fair afterparty.

“It still seems like it’s pretty new to me. The…

While the “Fresh Prince” star apologized for hitting Rock and was banned by the Academy of Motion Picture Arts and Sciences from all Academy events for 10 years, the comedian doesn’t seem to have forgiven him.

“The motherf–ker hit me over a bulls–t joke, the nicest joke I ever told,” he said, in part, to tour mate Dave Chapelle earlier this month.