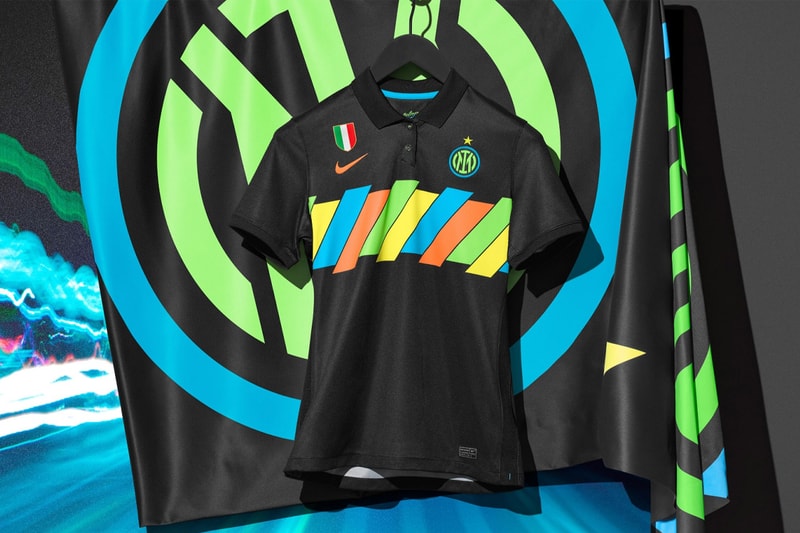 Following the launch of its snakeskin-covered 2021/22 home jersey during pre-season, Inter Milan and Nike Football round out this season’s offering with a bold third kit inspired by inclusion and equality.

Taking notes from the Italian side’s kit between 1989/91, the strip features a striking diagonal assortment of “Total Orange”, “Green Strike”, “Chlorine Blue” and “Lemon Venom”, atop a stealthy black canvas.

The colored graphic, which represents diversity and the elimination of all forms of discrimination, sits beneath a traditional collar and placket design, with “Brothers and Sisters of the World” — the club’s founding principle — inscribed on the inside of the kit.

In other news, Paris Saint-Germain has also recently unveiled its Nike third kit for the 2021/22 season.