Queen Letizia followed hundreds of years of royal tradition at Monday’s funeral for Queen Elizabeth II — and her somber headpiece has a sweet connection to the late monarch.

The Spanish queen, 50, covered her face with a long black mourning veil as she attended services for the late monarch, wearing Cherubina’s “Elisabeth” style headpiece ($250) in tribute to Britain’s beloved head of state.

Wearing a chic black belted dress by Carolina Herrera, Queen Letizia — who is married to King Felipe VI — joined thousands of mourners at Westminster Abbey for the services remembering Queen Elizabeth, who died on September 8 at the age of 96.

Her choice to wear a veil — along with other attendees including Kate Middleton, Queen Consort Camilla, Princess Charlene, Queen Maxima of the Netherlands and Princess Eugenie — is steeped in history.

Queen Victoria famously wore a mourning veil for the rest of her life following the death of her husband, Prince Albert, and many other royals through the years have sported them at funerals — including Queen Elizabeth, Princess Margaret and the Queen Mother.

While the other royal women’s veils yesterday were of a shorter netted variety, Letizia appeared to be the only one to wear a full mourning veil that draped over the front and back of her halo-style headpiece. 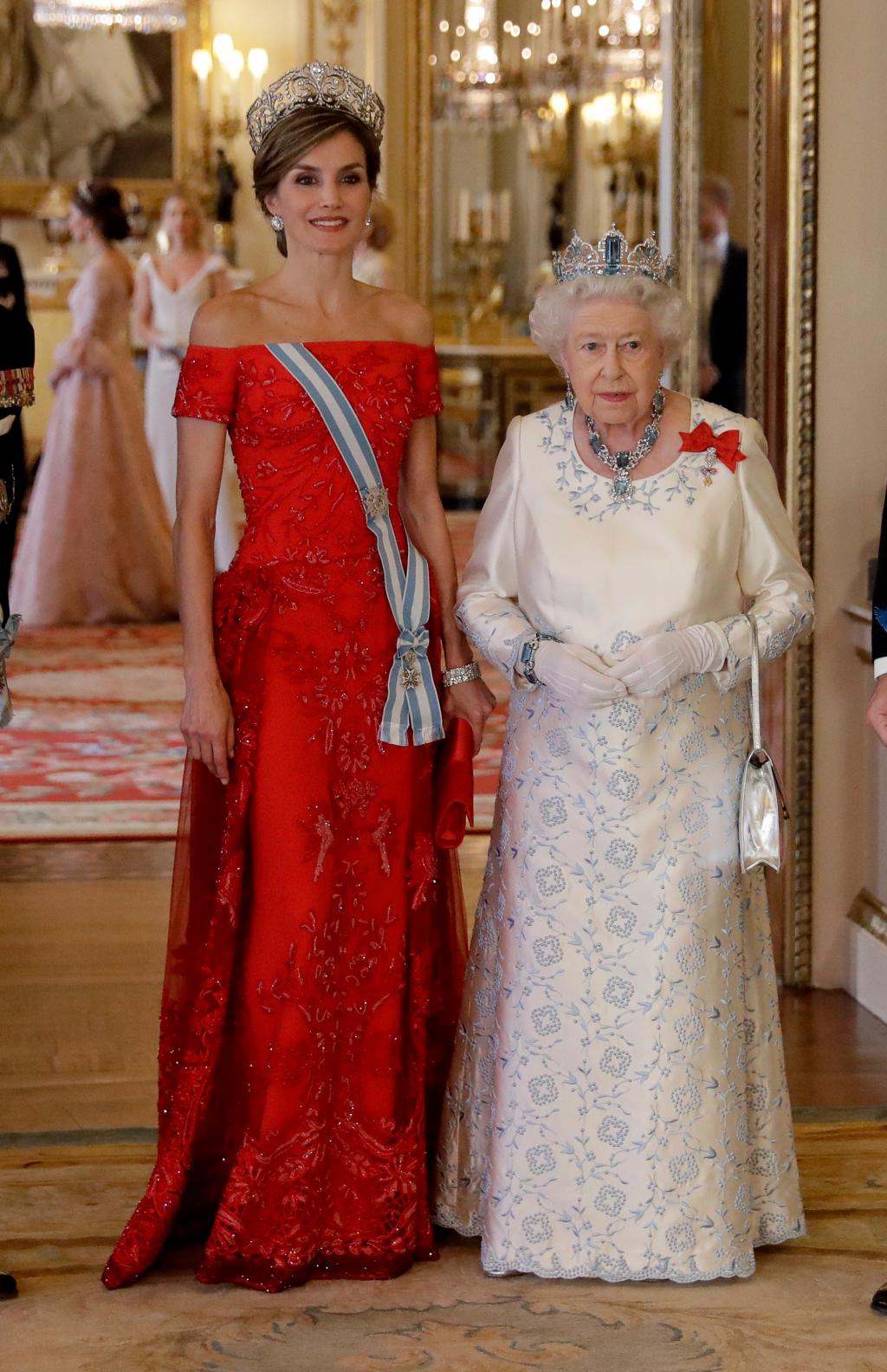 The two queens glittered in tiaras and gowns during 2017’s state visit. 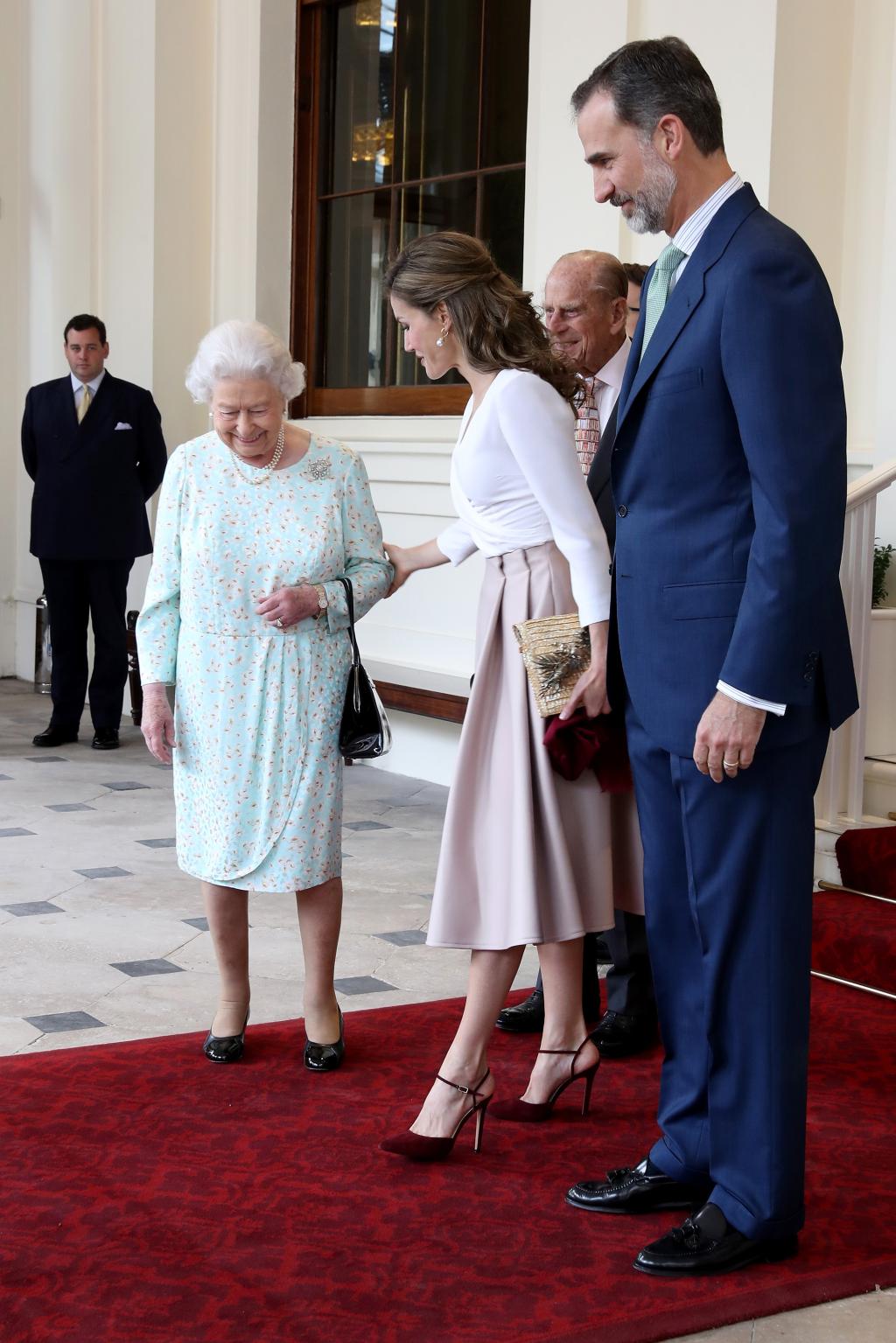 Queen Letizia reached out a hand to help Queen Elizabeth during their 2017 visit. 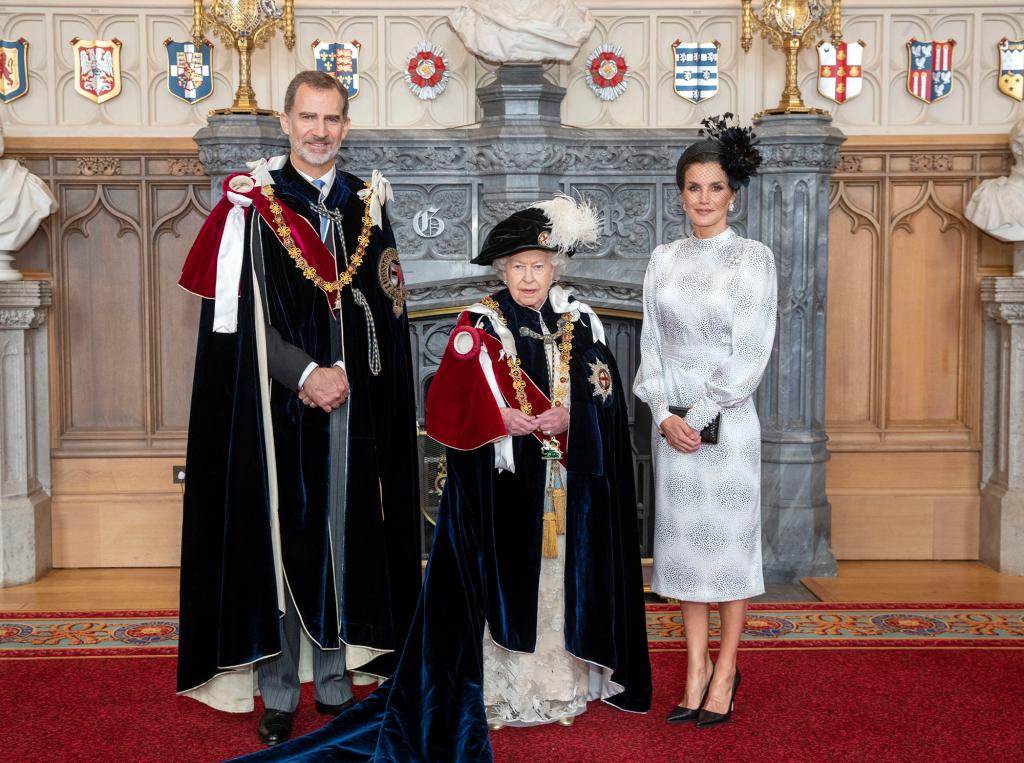 The royal couple posed with Queen Elizabeth during a 2019 trip to Windsor when King Felipe was invested as a Knight of the Garter during the annual Order of the Garter service.

The “Girls Trip” star told guests including her and the…

Letizia added feather-shaped earrings by Chanel and an elegant black Giorgio Armani handbag to her look.

The Spanish royals met Queen Elizabeth II on numerous occasions, including a 2017 state visit to the UK that saw a memorable tiara moment from the two queens.

They joined numerous other royal families at the funeral, including Prince Albert and Princess Charlene of Monaco, who made a rare public appearance after the mystery illness that almost killed her.

Other guests included King Willem-Alexander, Queen Maxima and the former Queen Beatrix of the Netherlands, King Carl XVI Gustaf and Queen Silvia of Sweden, Queen Rania and King Abdullah II of Jordan and Queen Margrethe II of Denmark, who was one of Queen Elizabeth’s cousins and dear friends.