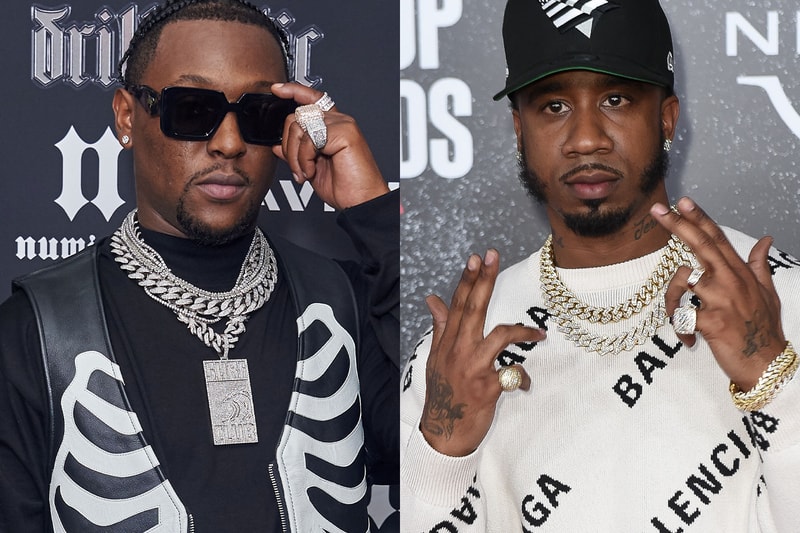 Hit-Boy and Benny The Butcher may be cooking up something new to follow up 2020’s Burden of Proof.

The pair were recently spotted in the studio together, with a video showing the pair listening to an instrumental and the BSF founder rapping over the beat. Hit-Boy also shared a series of photos on Instagram that included one of him and Benny in the studio, writing “22′ not over” in the caption and the rapper commenting three gold trophy emojis — possibly hinting that they may be releasing the collab before the year ends.

The duo’s Burden of Proof dropped in October 2020 and features guest appearances from Big Sean, Conway the Machine, Dom Kennedy, Freddie Gibbs, Lil Wayne, Queen Naija, Rick Ross and Westside Gunn. The producer previously also revealed that the track “TIMLESS” with Big Sean and Weezy was initially meant for JAY-Z and Kanye West’s Watch The Throne era, “The beat for This new @getbenny single ft @liltunechi and @bigsean dropping tomorrow was made in 2011 at the Mercer hotel for jay z and Kanye west #watchthethrone it wasn’t picked,” he explained via a now-deleted Instagram post in October 2020. “I was actually hot I made a beat this good and they picked something like n*ggas in Paris which was one of my more simple beats. That was a blessing in disguise.”

Stay tuned for more info on the possible collab.

Elsewhere in music, Kanye West is reportedly looking to sell shares in his catalog for $175 million USD.