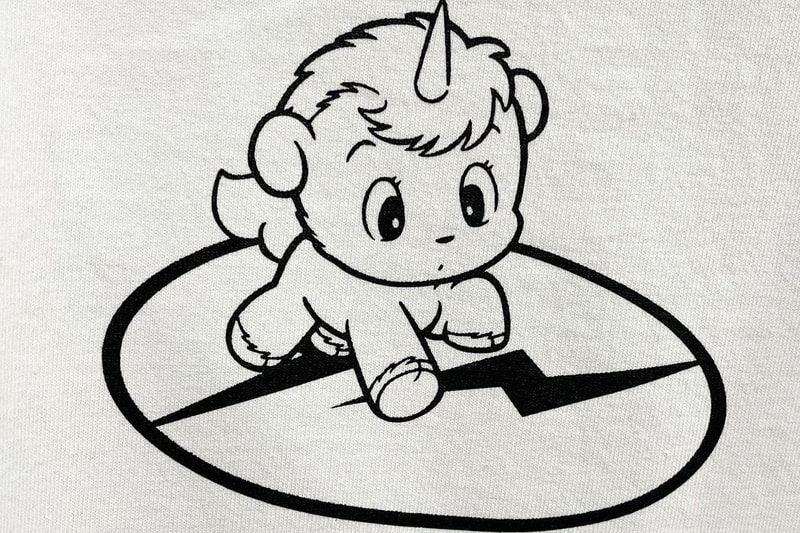 fragment design founder Hiroshi Fujiwara has taken to his Instagram to reveal an upcoming multi-part collaboration with SOPH.

The images from Fujiwara begin with a smooth black Cajon box drum that sees no exterior bolts, and simply displays white “FRGMT” text on the lateral side. The next series reveals collaborative T-shirts and pinstripes shirts decorated with artwork from American graffiti artist DONDI. The apparel pieces are branded with a Dondi White signature, as well as Uniform Experiment and fragment design logos.

Japanese streetwear brand Uniform Experiment was founded by Hirofumi Kiyonaga of SOPHNET. and Fujiwara, aiming to put a twist on traditional men’s uniform with a blend of Japanese and Western street style. The next range of pieces titled “UNICO” sees a baby unicorn character featured alongside the fragment lightning logo. Fujiwara captions the post with, “For those who are looking for great success!”

Release details have yet to be announced, but stay tuned for additional updates in the coming weeks.