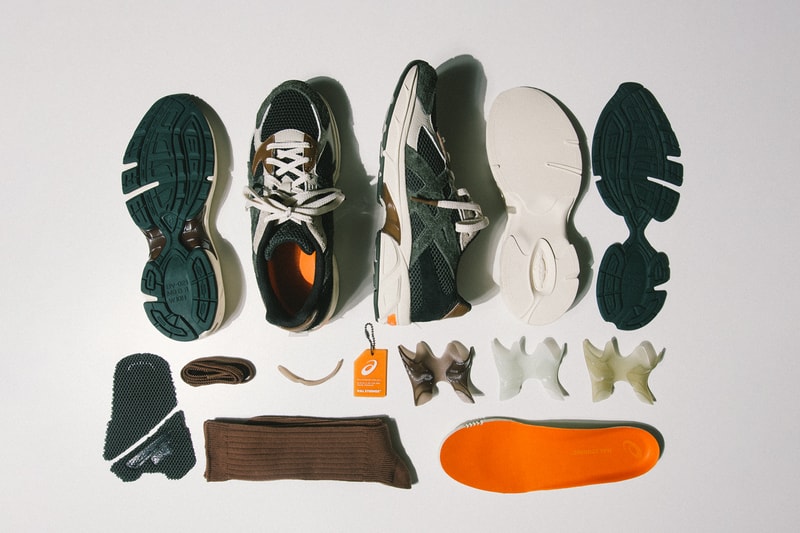 Following a wildly popular first collab that dropped in April, Australian sneaker boutique Highs and Lows‘ in-house HAL STUDIOS® arm has linked back up with ASICS for a second go-around with the GEL-1130. Continuing HAL STUDIOS®’ mission of “Design Thinking” — which the company describes as “an ongoing conversation, a series of case studies and collaborative projects” — the new GEL-1130 is inspired by the lush forests of Japan and the Shinto shrines that are often found within them.

This inspiration is communicated aptly through the shoe’s material composition: a dark green mesh base that’s overlaid with shaggy green and black suedes plus touches of brown and white leather. The aforementioned Shinto shrines are acknowledged by hits of bright orange on the heels and midsoles. The super-sized ASICS tiger stripe, a HAL STUDIOS® signature that turned heads on the first release, is back for a second go-around as well. To finish off the look, the shoes are offered with a duo of matching socks in dark green and orange.

For more footwear news take a look at the latest installment of Hypebeast’s Sole Mates, a weekly series that spotlights notable individuals in street culture through the lens of their favorite sneakers.