Fans stood up for Meghan Markle after she went against tradition and held Prince Harry’s hand throughout the services honoring his late grandmother, Queen Elizabeth II.

On Wednesday, following the procession where Her Majesty’s coffin was moved from Buckingham Palace to Westminster Hall, the exiled couple was photographed holding on to each other.

Despite it being a consolation for Harry, the former actress’s gesture was met with mixed (mainly negative) reactions and even called a “breach” of protocol. 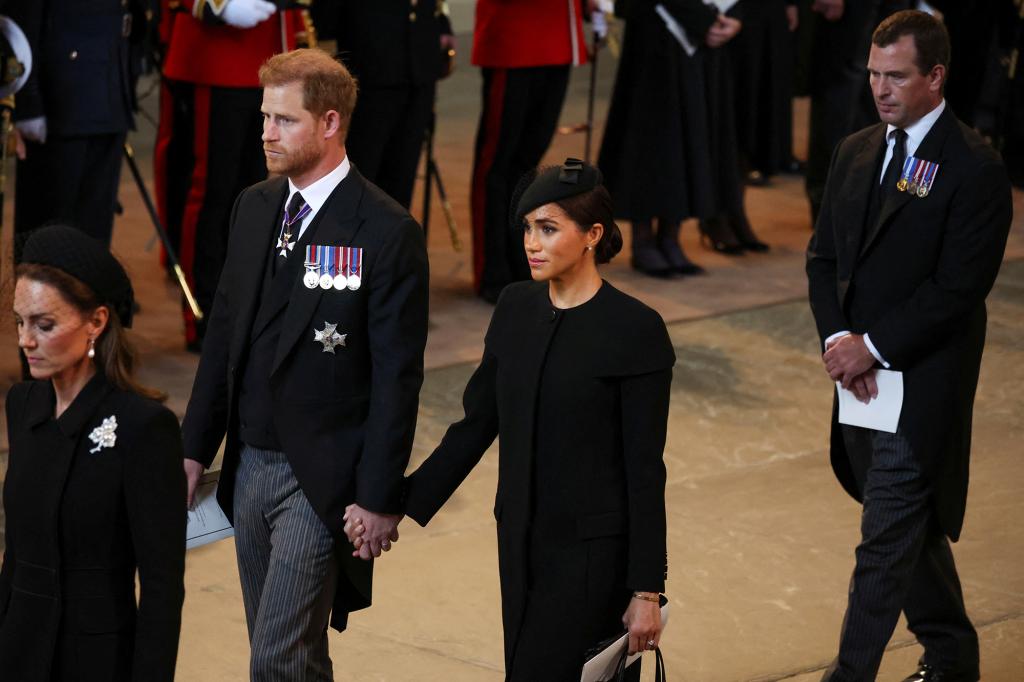 Fans came to Meghan Markle’s defense when she made the untraditional decision to hold Prince Harry’s hand at a service for Queen Elizabeth II’s death. 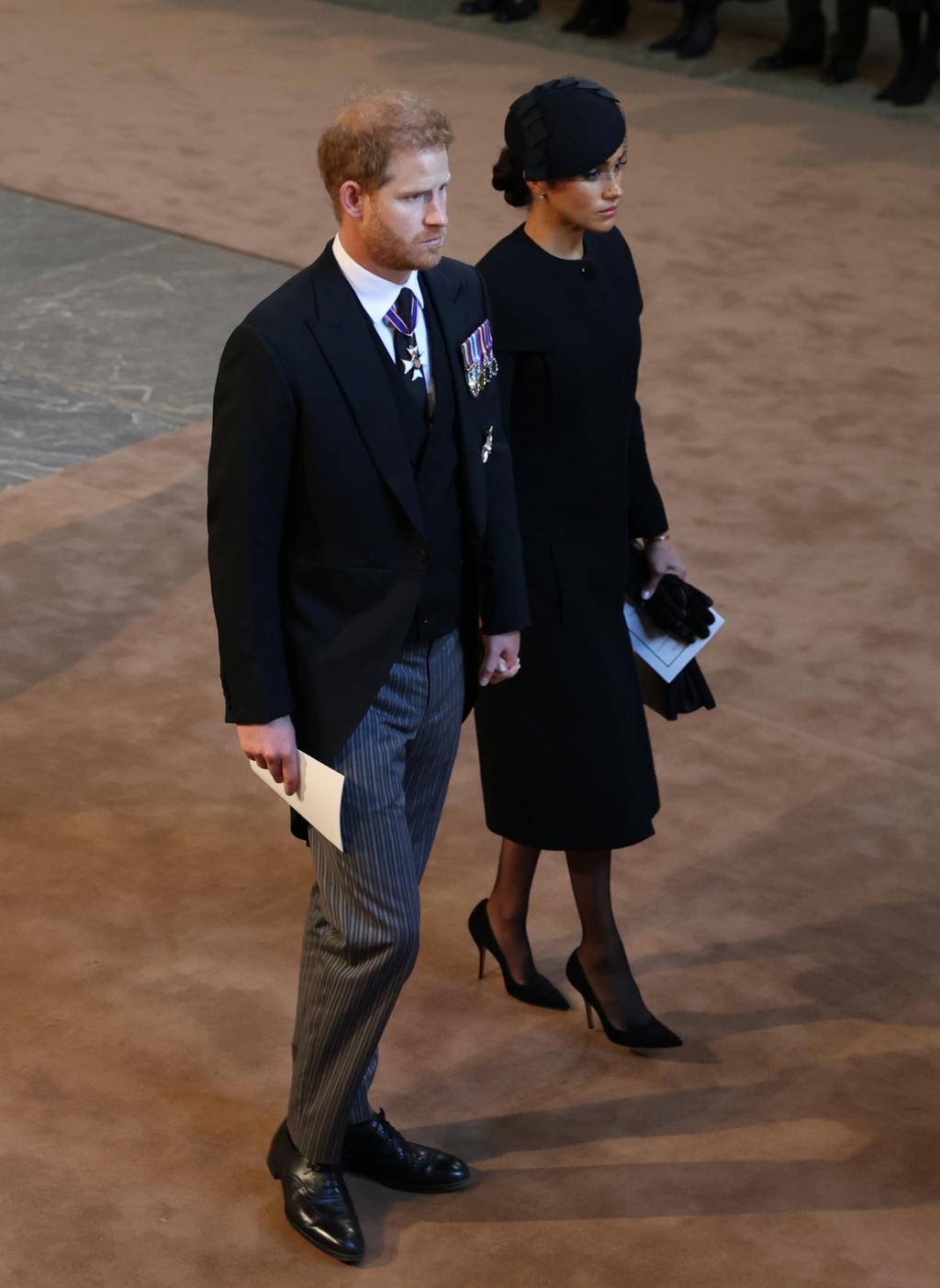 Fans came to Meghan Markle’s defense when she made the untraditional decision to hold Prince Harry’s hand at a service for Queen Elizabeth II’s death.

“Even to this day, I’ll still give Kim advice on…

However, her loyal fans were quick to defend her.

“people are really attacking meghan markle because she was holding her HUSBAND’S hand during a memorial for his dead grandmother… like it’s so weird how people will finding [sic] any reason to be mad at her like let her show affection to her own husband,” one angry fan tweeted.

“Acceptable: Holding your partner’s hand whilst mourning your grandmother* *unless your partner is Meghan Markle,” another wrote.

“This is where criticism of Meghan Markle and Harry get’s [sic] silly. The man’s grandmother just died, I don’t think anyone would begrudge his wife holding his hand at this moment, There’s plenty of real stuff to criticise [sic], leave this one alone,” someone else chimed in.

“Meghan Markle holds her husband’s hand at his grandmother’s funeral. How dare she comfort her grieving husband,” someone else wrote.

Since returning to the UK following the Queen’s death, Harry and Markle have shown a united front as they face the royal family again.

The two also held hands when they reunited with Prince William and Kate Middleton, both 40, at Windsor Castle. The former actress, 41, held onto her husband, 38, as they greeted mourners and walked around the hundreds of flowers and tributes to the late Queen. 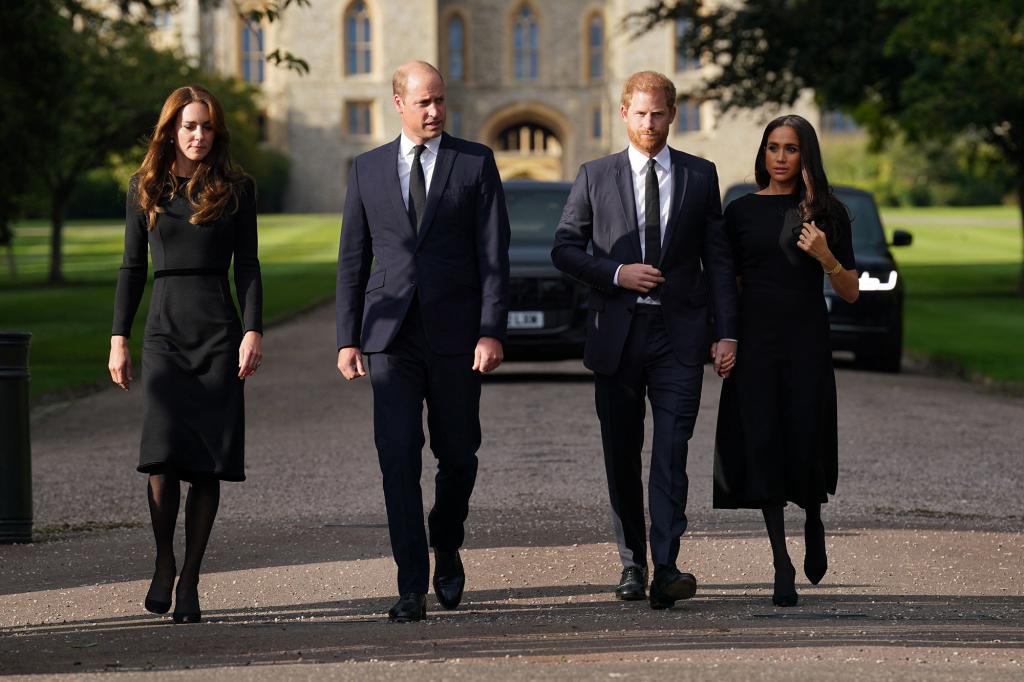 Prince William and Middleton rarely show any forms of physical affection in public. 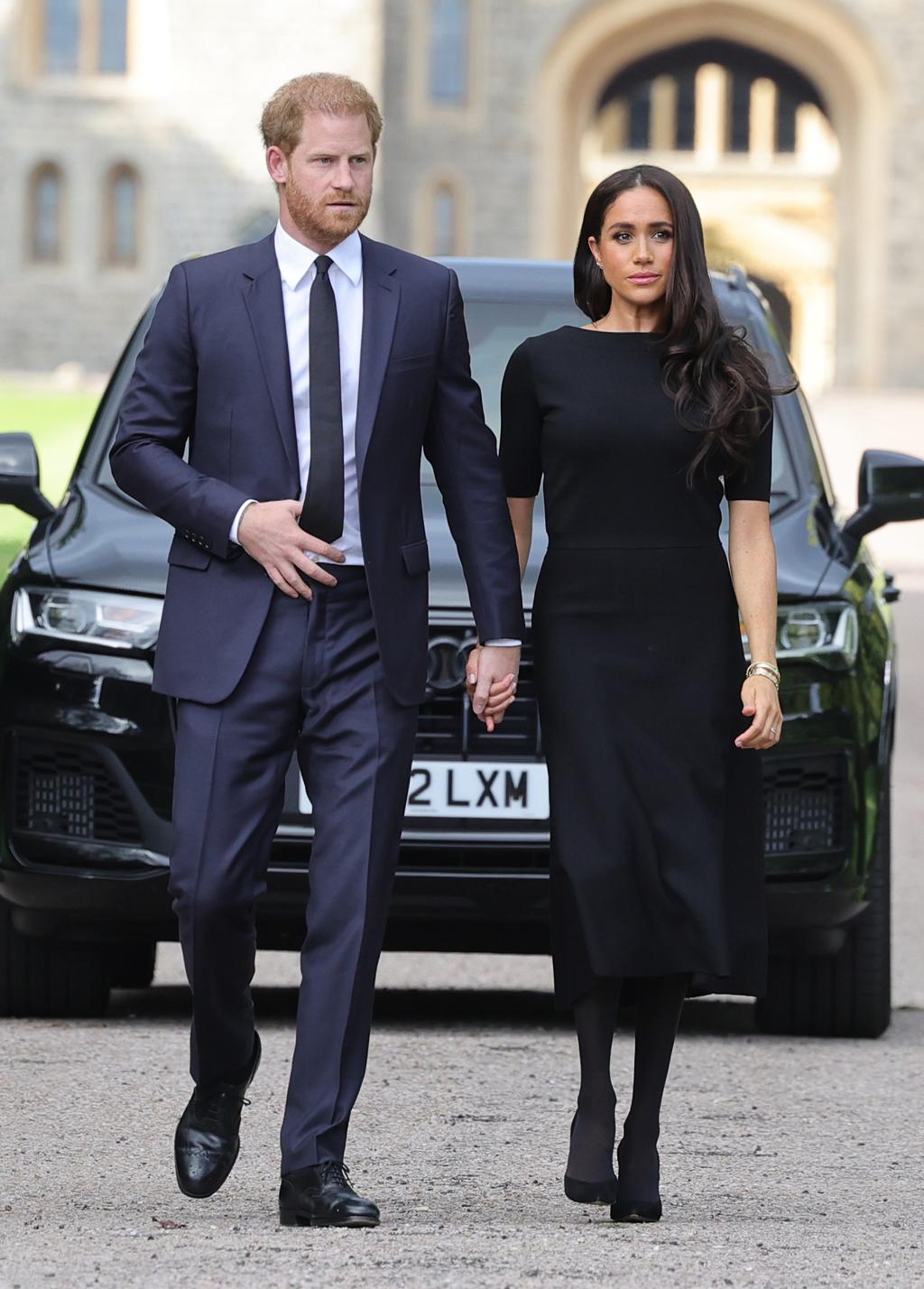 Prince William and Middleton rarely show any forms of physical affection in public.

“Even to this day, I’ll still give Kim advice on…

Harry and Markle may feel more comfortable bending the royal rules since they infamously quit their royal duties in January 2020 and moved to California.

Queen Elizabeth II died on Sept. 8 at age 96 and her funeral will be held Monday, Sept. 19, at Westminster Hall.