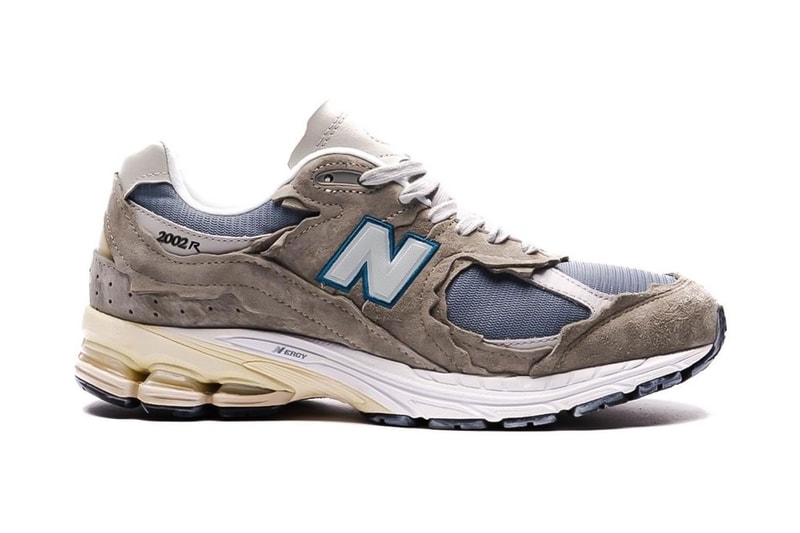 “Last year, we launched the first Refined Future pack through a Y2K narrative, inspired by the era in which the 2002 originally debuted. For this year’s launch, we sought to create product storytelling that directly tied back to the design of the Refined Future Pack,” says Bernie Gross, Creative Director at Extra Butter. “The model’s signature detail is the upper panel that is seemingly cut haphazardly, which to me implied the presence of a human, handmade element. It very much reminded me of the Wabi Sabi – a Japanese philosophy embracing imperfection, impermanence, and asymmetry.”

Look for the New Balance 2002R “Refined Future” pairs to release exclusively at the Extra Butter stores and online September 29 for $160 USD.

Elsewhere in footwear, take an official look at the Nike Air Max 95 “Sketch With The Past.”