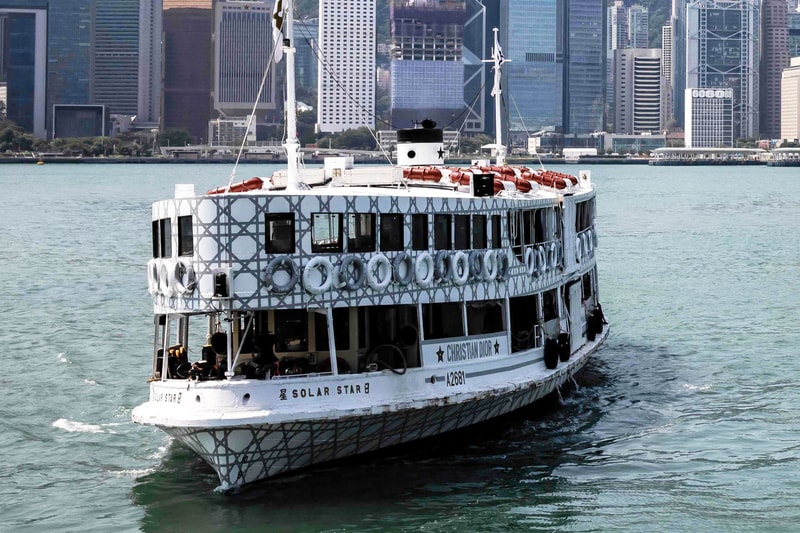 Founded in 1888, Hong Kong’s Star Ferry is a ferry service that carries passengers across Victoria Harbour, between Hong Kong Island and Kowloon. The ferry allows for a scenic harbor crossing experience for a low price and is often popular with tourists.

Dior, which raised its sails on one of Hong Kong’s historic 3-mast wooden Dukling boats last year for its Dioriviera campaign, now reimagines the iconic Star Ferry in a custom white livery with bespoke interior upgrades and two white Dior flags seen on the front and tail end of the boat. Exteriors are featured in Dior’s criss-cross Cannage patterns made famous by the “Lady Dior” bag gifted to and subsequently named after Princess Diana back in 1995. The bag was designed by Gianfranco Ferre who took inspiration from the Napoleon III chairs used in his first show for the French maison in 1947. Inside, the seats have been redecorated with custom gray star totem pillows and Dior-branded lifebuoys with images of Dior’s store on Avenue Montaigne printed on the interior walls.

Take a closer look at the Dior steamboat in the video below.

In other news, Daniel Arsham showcases his custom Porsche 356 “Bonsai.”