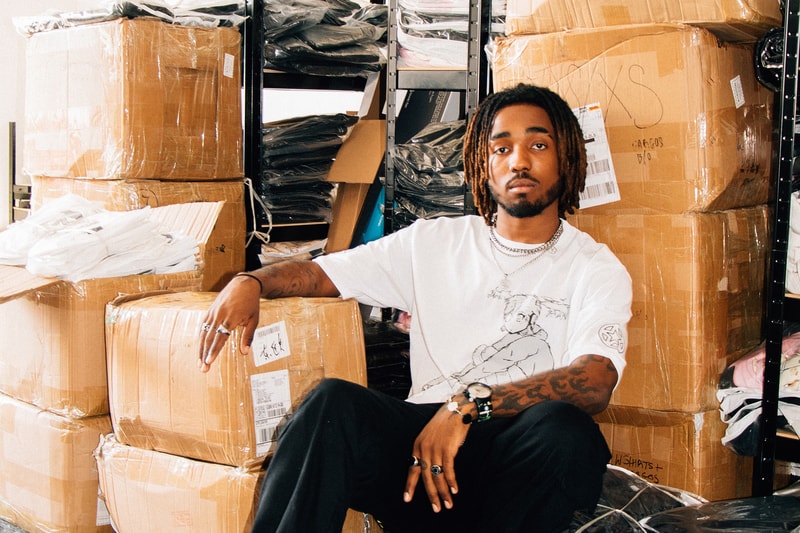 Clouder lives in a technicolor world, constantly inspired by the lively scenes and colors around him and driven by a desire to manifest all of this into his designs. Clouder’s streetwear and lifestyle brand, Stitch, blew up on TikTok in 2019, creating an army of loyal supporters faster than the creative could have ever imagined. His original garments include outerwear, sweatshirts, graphic tees and more, depicting anime-inspired art and prints drawn by Clouder and created in collaboration with other artists.

The designer and visual artist originally set out to become an animator, but he now incorporates original artwork into designs so that others may don his vision, reaching larger audiences through his brand’s platform. Even without a formal fashion design background, Clouder continues to express himself freely through his work.

“I plan to make a lot more animation-based visuals for promotion or my personal work,” he says regarding the evolution of Stitch, “I’m trying to move Stitch from where it is now, into a slightly elevated area of fashion. I would also really enjoy working outside of fashion and be able to create my own furniture and short films. That would be the dream.”

“My graphics often stem from a story I’m writing separately — in many instances, they’re drawings I didn’t specifically create for clothes. On the other hand, I also have collaborative graphics with other artists that I like, seek out, and give free reign to draw my characters,” Clouder shares. His willingness to bring his imagination to life and to share this passion with other talented artists displays Clouder’s enthusiasm for marrying the worlds of artistry and street style.

To inspire a better future for fashion, even in the realms of hype culture and street style, Clouder will be giving his London community the chance to upcycle old garments by reviving them with limited-edition Stitch screen prints during an exclusive one-day event. This Depop Collaborators pop-up will not only spread a positive message about giving pieces of clothing a second life, but will also allow Clouder’s extensive TikTok following to meet him and leave with a truly impactful and meaningful keepsake.