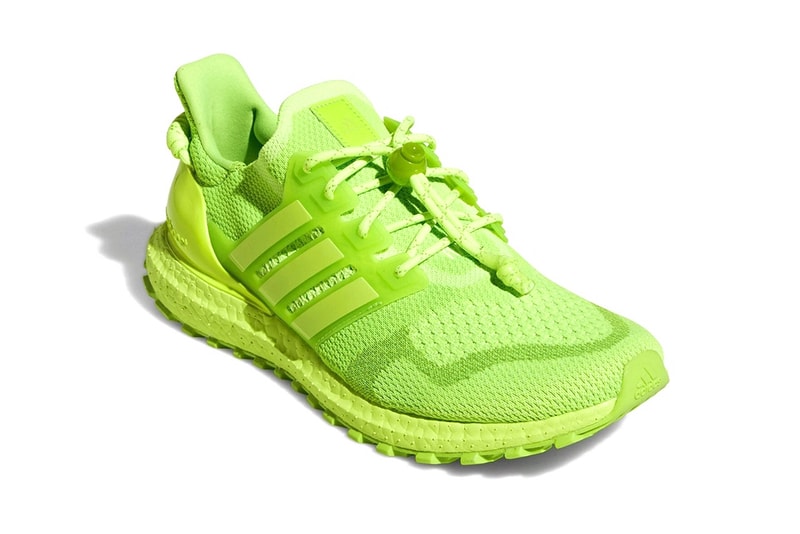 Beyoncé‘s IVY PARK partnership with adidas continues to make waves in the realm of footwear and apparel, and after it unveiled its inaugural collection with Peleton, it’s now gearing up to drop more sneakers this holiday season. Up next for the Queen is a fresh take of the adidas UltraBOOST titled the “Electric Green” colorway, and it has just popped up by way of official images.

Design-wise, this upcoming offering elects to go with the monochromatic motif and louder appearance. Every component of the shoe including the PrimeKnit uppers, cages, branded heel molds, interior liners toggled laces, BOOST midsole cushioning and the Continental rubber treading is swathed in its titular hue. Darker shades arrive atop the toe boxes in the form of an arch, as well as the toggle buttons and dotted lines that appear on the hiker-style laces down the throat and on the heels. Branding is found via adidas hits that drop off on the tongues as well as co-branded insoles which feature the IVY PARK logo.

If interested, you can find this Grinch-y colorway dropping via adidas and other retailers on December 10 for $200 USD.