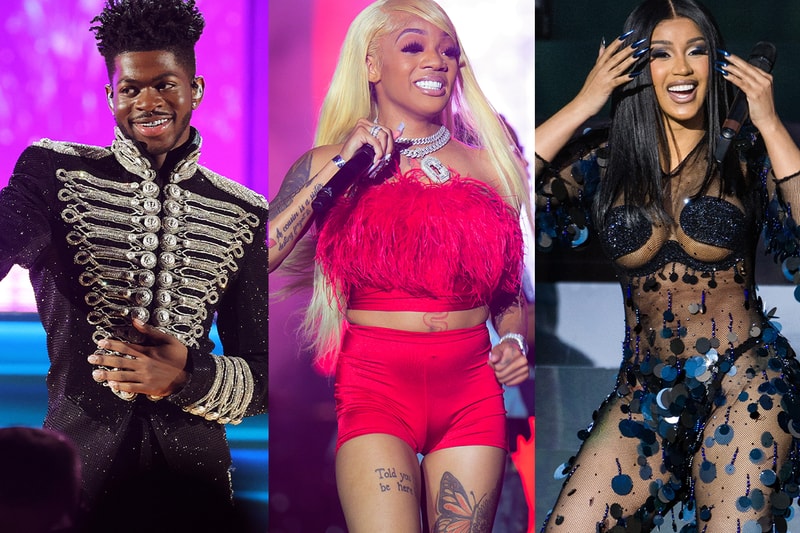 Newest League of Legends President Lil Nas X celebrates the upcoming World Final with his newest single “STAR WALKIN’ (League of Legends Worlds Anthem),” which arrives with an accompanying music video paying homage to the beloved Esports game. “Making this song was a lot of fun,” he told Apple Music 1. “I had the verses forever, and it took, no joke, 30 different, 40 different 50, I don’t know how many different hooks, to get the hook to a place where I’m, ‘Okay, this is something I like. That’s cool.’ But overall I had a fun time in the studio. I had a fun time putting these pop elements and drill elements together. I thought it was really cool.”

GloRilla enlists the help of Cardi B for “Tomorrow 2,” the followup to the former’s July cut. The sequel clocks in at approximately three-and-a-half minutes and features production from Macaroni Toni.

Björk readies her upcoming 10th studio album, Fossora, with the single “Ancestress.” The Andrew Thomas Huang-directed visual sees her lead a ritual funeral, with the artist sharing on Instagram, “For 20 years I have not been able to attend funerals as something about them rubbed me the wrong way.” She continued, Possibly a big part of it is after having lived a life of thousand concerts, I probably have too strong ideas on how a ritual should be, what kinda sound, musical structure, words and it took me all this time to discover that for me all funerals should be outside.”

Hit-Boy and Cordae team up to drop a music video for their Madden NFL 23 soundtrack offering, “Checkmate.” The visual sees the pair working on the track in the studio while watching NFL games in the background, paying homage to the sport. The game’s soundtrack will also feature the likes of Pusha T ft. Lil Uzi Vert & Don Toliver, Snoop Dogg ft. Nas and Ty Dolla $ign ft. Wiz Khalifa, Joey Bada$$, Nas, Kendrick Lamar and more.

Kiana Ledé shares a music video for her latest single “Irresponsible.” Helmed by Michelle Parker, the visual fuses shots of the artist singing her cut along with emotionally-charged vignettes of a relationship’s ups and downs, highlighting the track’s theme of rocky relationships.

Anna of the North – “Nobody”

Anna of the North preps her upcoming album Crazy Life with the new single “Nobody,” which she describes as “a feel-good yet melancholic song about missing somebody.” Her third studio album is billed as an “electric body of work displaying the inner workings of Anna of the North’s journey throughout the years,” and is set to drop on November 4.

Mr Eazi teams up with DJ Tárico and Joey B for his latest single, “Patek.” The ampiano cut is the artist’s first foray into the genre and is an updated version of a track Mr Eazi previously wrote on a whim. “It’s really not that deep,” he said in a statement. “It’s a fun song that I can’t wait to perform. And it’s got Nigeria, Ghana and Mozambique all together on one track.”

MorMor officially announces his debut album Semblance with the single “Chasing Ghosts,” which follows “Seasons Change” and “Far Apart” earlier this year. “I felt that this character was from a similar world to the one that we had built for “Don’t Cry”; therefore I decided to use this medium to tell the story,” he said of the animated music video created by Otto Tang. “There’s a certain limitlessness when it comes to animation that I deeply appreciate. It is possible to create worlds that are not confined to the same kind of logic that exists outside of this medium.” Semblance drops November 4.

Ezra Collective debuts “Ego Killah,” the third single from their upcoming Where I’m Meant To Be which drops November 4. “At the very heart of Ezra Collective is the influence of reggae, dub and sound system culture. Soundsystems such as Channel One, Aba Shanti-I and Jah Shaka,” bandleader Femi Koleoso shared. “On our first EP release, Chapter 7, Colonial Mentality taps into this energy. Ego Killah is from the same family of thought. This title, Ego Killah is one we can all relate to. It’s the point in a journey where you become your own worst enemy. Where progression has to happen on the inside before you can see the fruit on the outside. The ability to kill your ego will serve you on your journey going forward. Sometimes where you’re meant to be, hasn’t happened yet, because of your own ego. That’s when you need the Ego Killah.”