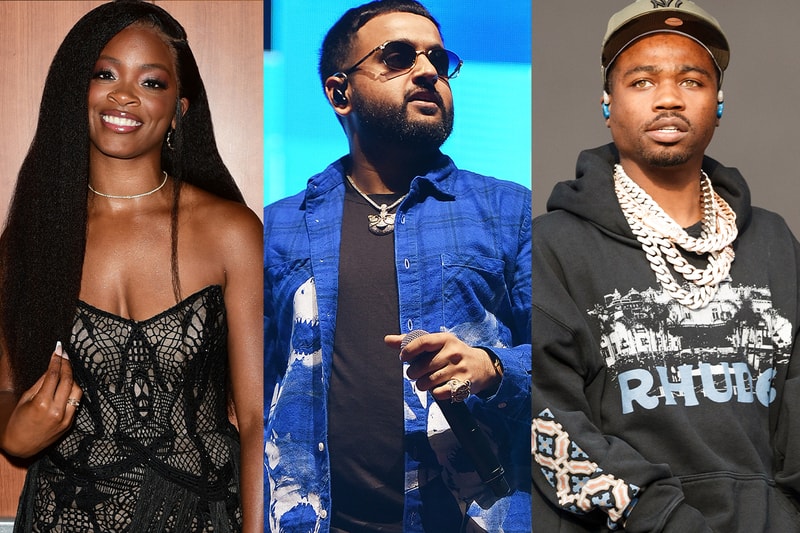 Ari Lennox follows up her 2019 debut album Shea Butter Baby with age/sex/location. The 12-track record features only three guest appearances from Lucky Daye on “Boy Bye,” Chlöe on “Leak It” and Summer Walker on “Queen Space.” She explained in a text to sent to J. Cole that the album is a representation of a “transitional space” she’s moving through as she grows out of “vulnerable codependent and validation seeking” parts of her life.

Roddy Ricch enlists G Herbo and Doe Boy for “Ghetto Superstar,” a four-minute single following the release of his latest EP THE BIG 3. The new cut hears producers Mustard and Southside on a beat together for the first time and features a verse each from the three rappers. “Ghetto Superstar” drops ahead of Ricch’s set at Rolling Loud Toronto and his stint with Post Malone on the latter’s twelve carat toothache tour.

Sampa The Great – As Above, So Below

Sampa The Great delivers her sophomore studio album As Above, So Below featuring Angélique Kidjo, Denzel Curry, Joey Bada$$, Kojey Radical, WITCH, Chef 187, Tio Nason, Sampa’s sister Mwanjé and more. “Relocating to Zambia and Botswana is significant to my story, because this is where my artist dreams began,” the Zambian-born, Bostwana-raised poet and rapper shared in a statement. “I was able to reconnect to my younger self and remind me why I started making music in the first place, beyond outside pressure or influence. This album has become a full circle moment for me; I was able to create this project in the country of my birth and have it be the first project created in Zambia with a Zambian Executive Producer, African visual team and majority African producers and artists.”

Blood Orange/Dev Hynes debuts the new single “Jesus Freak Lighter” as he announces the upcoming EP Four Songs, his first new music since 2019. The project is produced and written by Hynes and features both old and new Blood Orange collaborators such as Ian Isaiah, Eva Tolkin, and Erika de Casier, and will mark his first release with his newest label RCA Records. Four Songs drops September 16.

Bryson Tiller closes out his summer with the new track “Outside,” a new cut that samples the whisper-rap song from the Ying Yang Twins. “‘Outside’ is the polar opposite of what everyone is used to hearing from me,” he said in a statement. “Normally we would release a song intended to put people deep in their feelings, but this song is ANTI-FEELS.”

Sudan Archives releases her stunning sophomore studio effort, Natural Brown Prom Queen. The 18-track album is her most ambitious one yet, utilizing influences from disco to R&B whilte touching on race, womanhood, and the fiercely loyal and loving relationships with friends, family and intimate partner. “Natural Brown Prom Queen is an album of many movements and ruminations, but almost all of them trace back to the multiple ways that a person can find and re-find home,” poet Hanif Abdurraqib shared. “In flimsy, shifting geography, in the fights and triumphs that filter into interactions with beloveds and kinfolk, and, of course, the mighty work of home-making within oneself.”

Saucy Santana – “I’m Too Much”

Saucy Santana continues to make waves with his latest single, “I’m Too Much.” The playful track, which serves as a direct response to his critics, features his distinct quick-witted lyricism with rightful braggadocio and follows an exciting summer that saw Santana be named in XXL Magazine’s 2022 Freshman Class, along with hop on a remix of Madonna’s “Material Girl” which they performed during Pride Month in NYC.