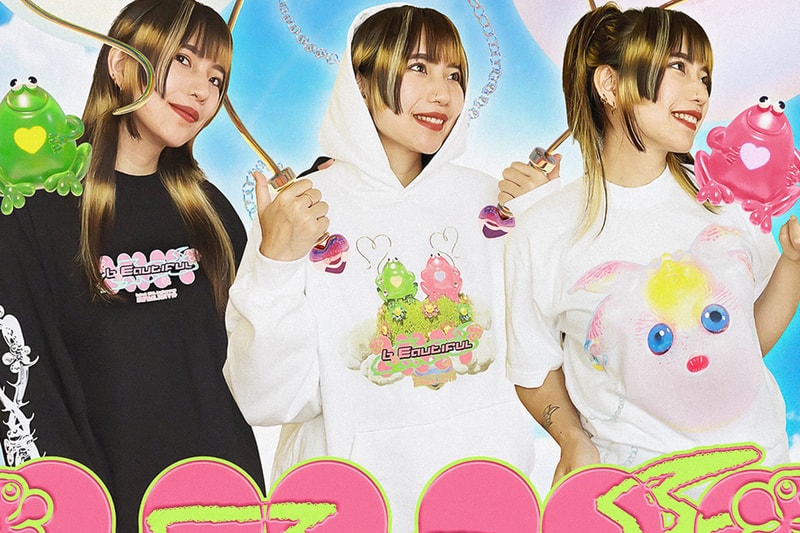 Known as a platform for showcasing artists, designers, architects, musicians, photographers, filmmakers, and other under-appreciated entities from Japan on a global scale, b.Eautiful is now gearing up for its latest release with CGI artist based in London/Berlin – Tokyo, Masako Hirano. The capsule collection celebrates GASBOOK‘s 25th anniversary and is part of the “ATYPICAL XXV” campaign. “ATYPICAL XXV” includes the launch of “by and by GASBOOK,” a website introducing creators associated with the company, and the opening of GASBON METABOLISM, a multipurpose facility with a site area of over 1,000 square meters in Hokuto, Yamanashi.

According to b.Eautiful, “GASBOOK, by Gas As Interface, began in 1996 as a project with aims to gather and proliferate new art and design ideas from around the world. Originally created in DVD format, the GASBOOK series took on various iterations before its current book form of which, to date, 36 issues have been published featuring creatives like Mike Mills, Jun Takahashi, Madsaki, Jonathan Zawada, and Yoshirotten. To celebrate GASBOOK’s 25th anniversary, by and by GASBOOK, an online archive and database of artists, will be launched later this year. GASBOOK, at its core, is a celebration of artists and their works, and continues its mission in its various shapes and forms.”

Masako Hirano operates as a freelance artist, working between Tokyo and her studio in Berlin. The coverage of her visual artistry spans multiple fields, such as art direction, graphic design, and CGI graphic/video production. Aside from working with Reebok, RIMOWA, Laforet Harajuku, Tohji, Kikokikaku, Hirano has presented her work at Parcel, a contemporary art gallery in Nihonbashi, Tokyo, and has been invited to the MMMAD Art Festival 2022 held in Madrid.

The three-way collaboration from b.Eautiful is centered around graphics designed by Masako Hirano and is comprised of a Puffy T-Shirt, Chara Long Sleeve Shirt, and ForgFlog Hoodie.

“We are very pleased to announce our collaboration with b.Eautiful as part of GASBOOK’s 25th anniversary ‘ATYPICAL XXV’ campaign. ‘ATYPICAL XXV’ includes the launch of by and by GASBOOK, a website introducing creators associated with the company, and the opening of GASBON METABOLISM, a multipurpose facility with a site area of over 1,000 square meters in Hokuto, Yamanashi. We look forward to meeting more new talent, starting with these campaigns,” said Shinjiro Nishino, President of Gas As Interface.