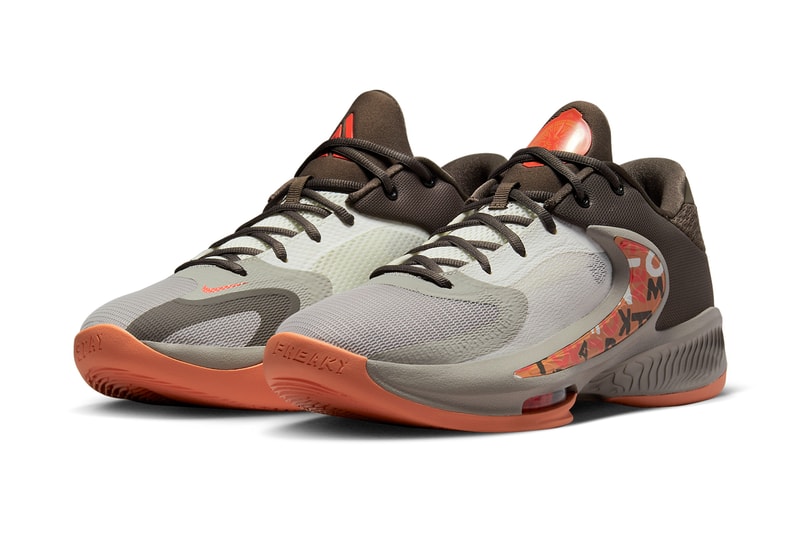 Giannis Antetokounmpo and the Milwaukee Bucks are poised to make yet another deep run in the NBA playoffs for the 2022-23 season. However, this isn’t the only thing that the “Greek Freak” has been preparing for in the offseason. In continuation of his partnership with Nike and the Nike Basketball team, Antetokounmpo has launched the Nike Zoom Freak 4, his fourth signature sneaker with the Swoosh.

Now, following recent looks such as the brown and red “Moon Fossil,” an autumnal “Ironstone” has surfaced. The sneaker returns in its low-top form with its signature reverse lateral Swoosh, Air Zoom sole unit and lightweight upper. Shades of brown outfit the entire upper while orange lands on the various branding elements and rubber outsole.

Release details for the autumn flavored Nike Zoom Freak 4 “Ironstone” have not yet been announced by Nike. Take an official look at the sneaker above and look for it to hit shelves via the Swoosh and select Nike Basketball retailers worldwide in the coming weeks at a price of $130 USD.

Elsewhere in the world of footwear, official images of the Nike LeBron 20 have surfaced in a “Barely Green” colorway that is expected to launch ahead of the 2022-23 NBA season.